When Comet SWAN Will Be Visible in 2020 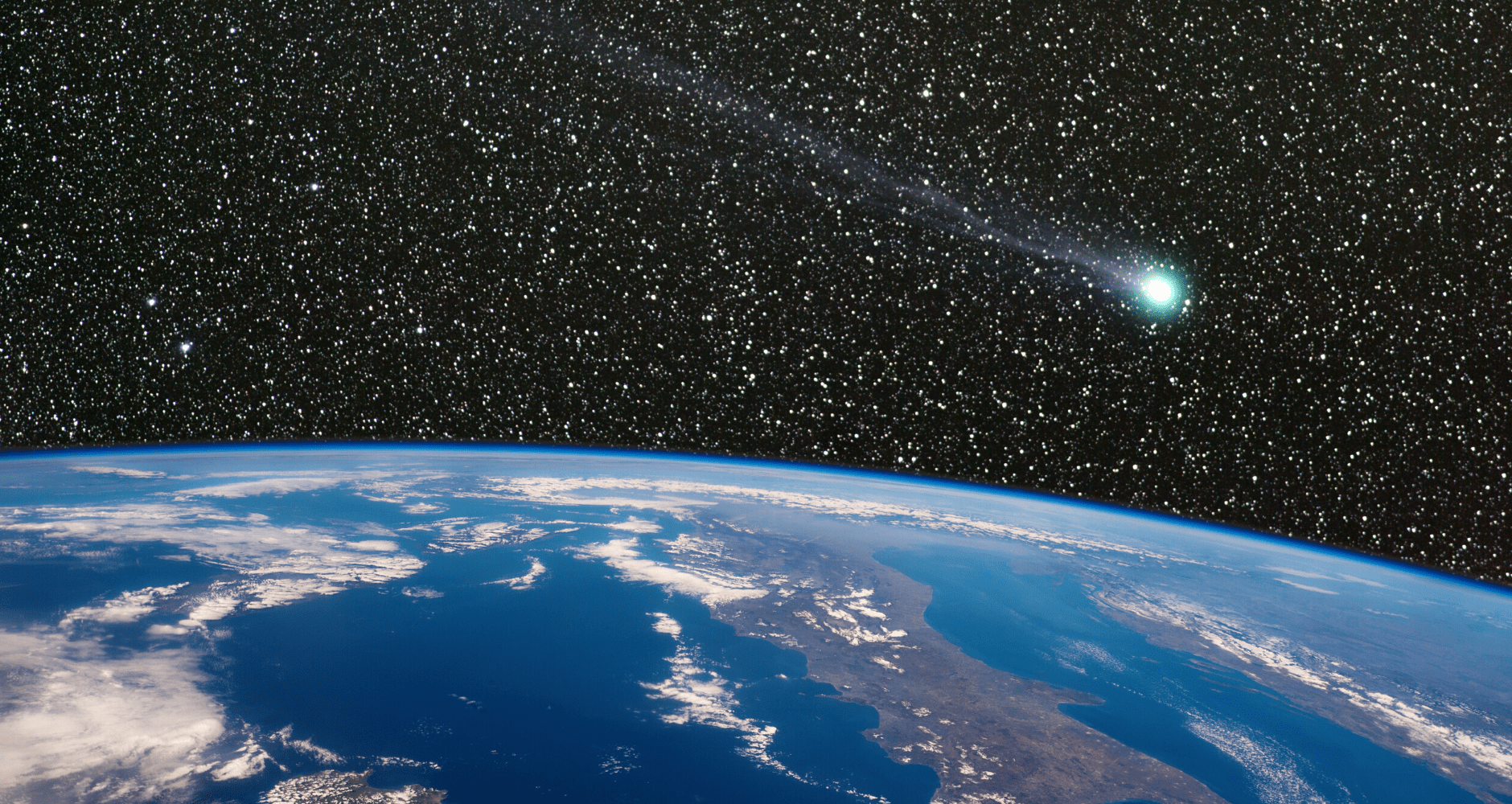 Few astronomical events get people more excited and filled with anticipation than the prospect of seeing a bright naked-eye comet. You may have seen on the Internet that such a sight is coming our way next week: Comet SWAN.

When and Where to Look for Comet SWAN

From now through Sunday, May 24, 2020, your best chance of catching a view of the comet will be in the morning sky. Start looking about 60–70 minutes before sunrise. The comet should be visible roughly 10° above the northeast horizon (your clenched fist held at arm’s length measures roughly 10°). You will need binoculars: what you’re looking for is a diffuse, circular glow, possibly accompanied by a faint tail pointing upward and to the right.

Then starting on Memorial Day, the best chances of getting a glimpse of the comet will be in the evening sky. About 60–70 minutes after sunset, the comet will be positioned about 10° above the north-northwest horizon, with any semblance of a tail pointing upward and to the left.

Perhaps your best shot at getting a glimpse of Comet SWAN will come on the evening of June 2, 2020, when it will be positioned just to the lower left of the brilliant yellow star Capella.

The comet’s unusual name is actually an acronym for the Solar Wind ANisotropies camera at the Solar and Heliospheric Observatory. Officially designated as C/2020 F8, the comet was discovered on March 25, 2020, by Australian amateur astronomer, Michael Mattiazzo, while sifting through images captured by SWAN.

The comet was 135 million miles from the Sun then, but it will ultimately come to within 40.2 million miles of it when it arrives at its perihelion (its closest to the Sun) on May 27th.

In recent weeks, some very impressive images of Comet SWAN have been making the rounds on many different astronomy sites, all showing a comet with a large glowing head (called the “coma”), trailed by a long and beautiful gossamer tail. These photographs, combined with the promise that viewers could see such a spectacle with their own eyes, will have many heading out to see it for themselves.

Some have described it as (potentially) putting on a “splendid” show in the coming days ahead, adding that it could be “the best in years” or “the brightest in decades.”

Unfortunately, we can’t forget what comets do: tease us and, more often than not, end up disappointing.

Where Did It Come From?

Initially, Comet SWAN looked like it was traveling in a very elongated ellipse with an orbital period in the tens of millions of years; a comet that had been here at least once before. But that doesn’t appear to be case now.

Rather, Comet SWAN appears to be a “new” comet, from out of the so-called “Oort cloud,” the breeding ground for all comets. Such new comets literally fall from the depths of space toward the Sun, in a straight line, then sweep around it and get flung back out into space.

Such first-timers have never interacted with the Sun before and are covered with very volatile materials such as frozen nitrogen, carbon monoxide, and carbon dioxide. These ices vaporize far from the Sun, giving the comet a surge in brightness that can raise unrealistic expectations. But once those ices are gone, the comet’s brightening dramatically slows.

A Surge of Brightness … and Expectations

And that’s exactly what seems to have happened to Comet SWAN based on observations taken from the Comet Observation Database (COBS) website. On April 24, 2020, the comet was too faint to see with just your eyes; you needed a small telescope, or at the very least, a good pair of binoculars to view it.

But less than a week later, on April 30th, the comet’s brightness had surged more than six-fold, and was now faintly visible in a dark sky with the unaided eye. That’s when excitement began to spread that Comet SWAN was brightening rapidly and would be a dazzler when it reached its closest point to the Sun just after the Memorial Day weekend.

But ever since then, the comet’s brightening has stalled and even has appeared to be getting a bit dimmer. One veteran comet observer recently wrote: “I saw an outburst in brightness, followed by fading, then some recovery, now more constant fading.”

Reaching perihelion on May 27th, it was thought that conservatively the comet could be as bright as a star of medium brightness. It might still do that if it undergoes another surge, but if not, it could remain at the same level of brightness—or get even dimmer. In a word: faint.

What’s The Difference Between Comets, Asteroids, and Meteors?

To Sum Up: We’re Due

We have to be prepared that the SWAN will turn into an ugly duckling. And if you’re thinking that it has been a long time since we’ve had a view of a bright and spectacular comet you’re right. The last really good comet was Hale-Bopp back in the spring of 1997, exactly 23 years ago (Comet Lovejoy in 2011 could not be seen very well from the Northern Hemisphere).

On average, we get to see a comet bright enough to be glimpsed with the naked eye about every 5 or 10 years. A real bright and stupendous comet with a brilliant starlike head and beautiful tail like Hale-Bopp comes along (on average) about once every 25 years. The message here is: we’re due for a dazzler. A spectacular comet is lurking out there in the depths of space just waiting to be discovered. It might be next month, next year, or maybe a few years or more from now.

We’re just going to have to wait and be patient. And also hope that the next “potentially bright” one does not disappoint.

I paid for this site. Why is there so many non- related ads? A few maybe okay but when the page is mostly ads from other sources not related to the Farmers Almanac I lose interest and trust in the content.