Americans don’t need much of an excuse to organize a party. You only have to look as far as some of the wacky themes of small-town festivals across the country for proof. Americans relish any opportunity to gather with friends for food, drink, and unusual forms of amusement.

But this folly is nothing new, and it wasn’t started on this side of the Atlantic Ocean. We’re festival novices compared to our European forefathers, who for centuries have been devising strange ways to come together as a community.

Since Europe was pulling out of the Dark Ages, strange rituals associated with community festivals have proliferated. Many of these traditions have developed around the changes of season, abundant harvests, and religious holidays.

In the name of fun and frivolity, here are a few of the most fascinating small-town festivals you’ll find every year here in the New World:

Sputnikfest
On Sept. 6, 1962, a 20-pound piece of space junk landed in the street in Manitowoc, Wisconsin. And that’s all you need to start a big party in this city of 33,000 on the western shore of Lake Michigan. The Soviet Sputnik IV satellite played an important role in the race into space as the United States and Soviet Union vied to be the first to put a man on the moon. It made big headlines when a small fragment of the Sputnik was found embedded in the middle of the road in Manitowoc, spurring the locals to create an enduring fall celebration drawing thousands to take part in the Miss Space Debris pageant, a Cosmic Cake Contest and Auction, an Alien Pet Contest, and an Aluminum Foil Costume Contest. It’s not exactly one giant leap for mankind, but it is a lot of small-town fun.

National Hollerin’ Contest
If you’re wandering through Spivy Corner, North Carolina, in the middle of June and you hear some serious bawling and screaming, don’t worry — nobody’s hurt. It’s just the National Hollerin’ Contest commencing as participants test their lung capacity for (very loud) bragging rights. The four-corners town, population 49, draws thousands of contestants and earplug-wearing spectators to see what all the yelling is about. For $10 for adults and $5 for children, you can make noise in several divisions: whistlin’, conch shell blowin’, and several categories of hollerin’. If you don’t want to raise your voice, there’s always the corn holing tournament or the greasy pole climb.

The Summer Redneck Games
The 1996 Summer Olympics in Atlanta inspired this slightly-less-dignified athletic competition held every May in East Dublin, Georgia. Thought to be a fun way to raise money for local charities, the event eclipsed the hopes of organizers who expected a few local yokels to show up. Some 5,000 talented athletes showed up to compete in categories including Bobbin’ For Pigs’ Feet, the Hubcap Hurl, Armpit Serenade, Mudpit Belly Flop, and Redneck Horseshoes (using toilet seats), and it has grown every year since. And as event organizers say at their website, “everyone and their butt crack is welcome … even Yankees.”

Woolly Worm Festival
In tiny Banner Elk, North Carolina, it’s a well-known fact that a fleet-footed woolly worm seen during the third week in October will accurately predict if the upcoming winter weather will be wild or mild. You don’t need to be a meteorologist to know which of the 13 weeks of winter will include whipping winds, stupendous snowstorms, or warm sunny days. No, the coloration of a woolly bear caterpillar–determined at a festival attended by 20,000 people–tells you that. The caterpillar common to the region has 13 segments, and each segment can be covered with hair of a slightly different shade of brown. A lighter shade on each segment indicates a milder week; a darker shade a more wintry week. Caterpillars are raced up a 3-foot string. The one that gets to the top first is considered the official winter weather prognosticator. Weather lore notes that you just need to look at the black hairs at each end of this tiny creature– the more black hairs a wooly bear has, the worse off the winter. If the caterpillar has more orange, then the winter will be mild..

Frozen Dead Guy Days
In 1989, a Norwegian man moved to Nederland, Colorado, with his cryogenically frozen grandfather in tow. A many-years-long bureaucratic battle ensued over the situation, and voila! The town of 1,400 has a wildly popular–if not macabre–celebration every March, Frozen Dead Guy Days. While Trygve Bauge has been deported back to Norway, his grandfather Bredo Morstol remains on dry ice, the main attraction of this wacky festival that includes coffin races, a Frozen Salmon Toss, Ice Turkey Bowling, costume polar plunge, and very strangely, tours of the shed where Morstol’s body is preserved on ice.

Ever been to one of these or a different, yet just as unusual, festival? Be sure to share your thoughts in the comments below!

Beattyville, KY is also the home of a wooly work festival. Bratty bills is in east Kentucky near natural bridge and red river gorge. The have an annual wooly worm festival identical in premise though probably to a significantly smaller turnout. 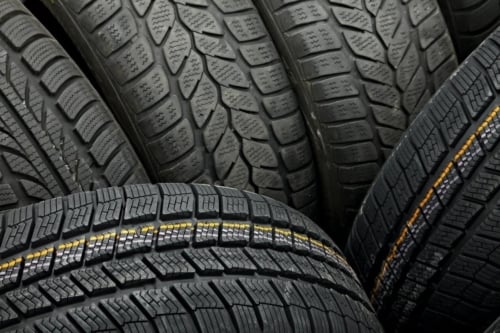