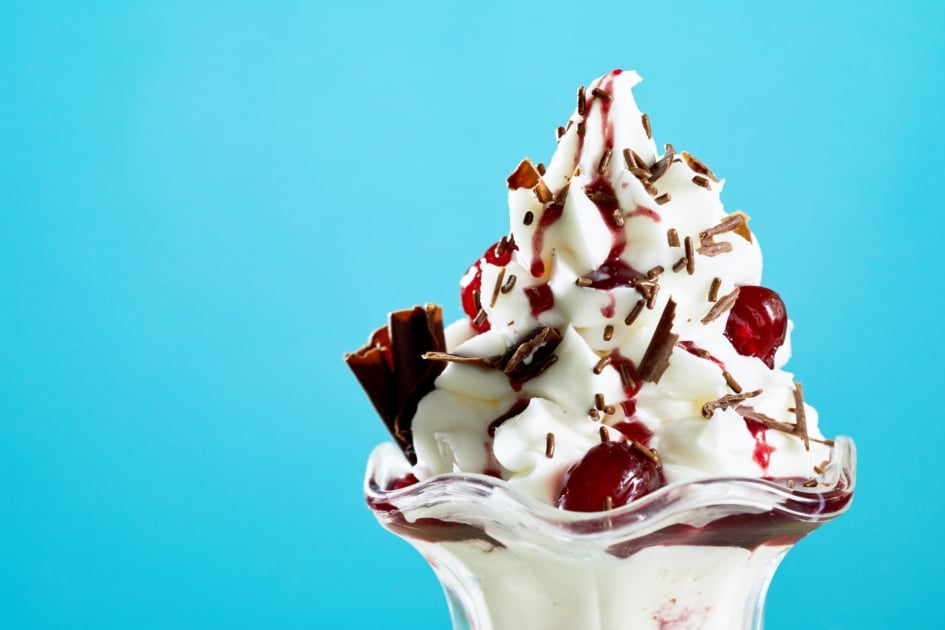 When it’s hot outside, few things sound so delicious as the ice cream sundae. Cool, creamy ice cream topped with just the right amount of chocolate sauce, whipped cream, a maraschino cherry, and maybe some nuts—yum!

Believe it or not, this dessert may have originated as a way to get around doing something illegal. With July 8th being National Ice Cream Sundae Day, it’s a great time to scoop up the history of this beloved treat.

It’s hard to confirm the exact history of the ice cream sundae, but the general idea goes like this: Ice cream sundaes are the direct result of Blue Laws, which are religious laws in the United States that restrict activities that could be considered sinful. One example of a Blue Law is the ban on the sale of liquor in certain places on Sundays. In the late 1800s, there was another Blue Law on the books that made it illegal to sell soda on Sunday. Some religious groups were against what they called “sucking sodas” and felt that this activity should be banned on the Sabbath.

This ban on Sunday soda sales was a big problem for anyone that enjoyed root beer floats or other ice cream sodas. At the time, pharmacists (called druggists in those days) were doing a booming business in ice cream sodas at their pharmacy counters. They needed another way to sell ice cream to their customers on hot Sunday afternoons. Their solution was to replace the soda with chocolate sauce, a move that made everyone happy—ice cream lovers, druggists, and those that disapproved of soda.

How Did the Name Go from “Sunday” to “Sundae?”

This is another bit of ice cream sundae lore that is hard to pin down. Some claim that residents of Evanston, Illinois, were responsible for changing the name from “Sunday” to “sundae” in the late 1800s. Others believe that the spelling was changed to make ice cream sundaes less offensive to devout people, and yet more people believe that the name was changed to “sundae” to make this dessert acceptable on any day of the week rather than on Sundays only.

Two Rivers, Wisconsin, claims that on a Sunday in 1881, a druggist by the name of Edward Berners (owner of Ed Berner’s Ice Cream Parlor) was asked by one George Hallauer for an ice cream soda. It was the Sabbath, however, so Berners decided to replace the soda with chocolate sauce. Once word got out about this new dessert, everyone in Two Rivers wanted to try it.

Ithaca, New York, has a similar story. On Sunday, April 3, 1892, Reverend John M. Scott of the Unitarian Church went to the Platt & Colt Pharmacy. He asked Chester C. Platt, who was the proprietor of the store, for two dishes of vanilla ice cream—not an ice cream soda, since it was the Sabbath. Platt, instead of giving Reverend Scott plain vanilla ice cream, topped the ice cream with a candied cherry and cherry syrup. Reverend Scott was so impressed with this treat that he said it should be named for the day that it was created, and so it became the “Cherry Sunday,” which later became the “Ice Cream Sundae.”

With both cities claiming to be the birthplace of the ice cream sundae, it was inevitable that some debate would take place. However, these two cities kept the rivalry going for decades. In fact, in 2006, the Two Rivers City Council enacted the Resolution Formally Challenging the City of Ithaca, New York’s Claim to be “Birthplace of the Ice Cream Sundae.” Among other things, this resolution states that

The City of Ithaca is hereby directed to cease and desist from its continued claims of being ‘Birthplace of the Ice Cream Sundae,’ lest the City of Two Rivers be forced to take further action to set the historical record straight.

The ice cream sundae is not simply a matter of vanilla ice cream, chocolate sauce, and cherries. With more than a century of colorful history, this dessert is actually a pretty big deal among historians and ice cream lovers alike.

You always learn something new, I like icecream Sundae nice to know. 🙂

I really enjoyed this article. Now I have another Trivia question in my arsenal.
Thank you so much for this article.

This was a lot of fun to read, thanks for the great info!

To remove persistent smells from plastic food containers, seal a ball of newspaper inside for a few days.
More hints & tips 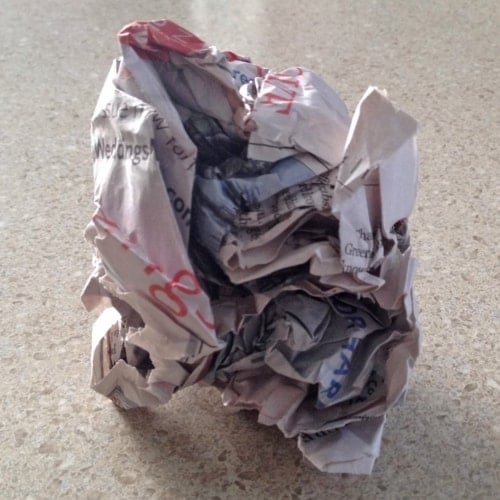