If you check your latest edition of the Farmers’ Almanac, you’ll see in the June calendar pages that Midsummer Day is June 24, also known as St. John the Baptist Day.

This year, Midsummer comes three days after the summer solstice, the longest day of the year for those of us living north of the equator. Modern calendars refer to summer solstice as the first day of summer, however ancient reckoning viewed May 1 as the beginning of summer. The solstice was considered to be “Midsummer,” the halfway point of the season. Because the solstice marks not only the Sun’s greatest potency, as well as the turning point at which the length of days begins to wane, this older viewpoint makes a lot of sense. After all, most Americans consider Memorial Day to be the unofficial start of summer, and Labor Day the unofficial end. Both days fall about three weeks earlier than the astronomical dates that mark the passage of the seasons.

Midsummer Vs Midpoint of Summer

Midpoint (of summer) is the correct modern term for the middle of summer, which occurs in August.

Midsummer aligned with a special astronomical event called the “Parade of Planets” on June 24, 2022. The five naked-eye planets (planets that are visible without a telescope) could be seen together in the sky—along with a crescent Moon—in their true order from the Sun! The last time this occurred was in 1864. Get full details here.

A Time For Mead

Mid-June was the time when honey was allowed to ferment to make mead, a wine-like beverage. As one legend has it, a bride’s father would give the groom all the mead he wanted after the wedding, and the term “honeymoon” was coined. Thus many of our ancestors also referred to June’s full Moon as the “Mead Moon.”

An old Swedish proverb says, “Midsummer Night is not long but it sets many cradles rocking.” This is because after the Midsummer celebrations in June, where many Swedes celebrate, many babies are born in March.

The dew of Midsummer was believed to have special healing powers. In Mexico, people decorate wells and fountains with flowers, candles, and paper garlands. They go out at midnight and bathe in the lakes and streams.

In Ireland, many people celebrate by holding bonfires.

Because summer is a great time for a party, Midsummer has long been a time of revelry. The early church capitalized on this by creating the Feast of St. John the Baptist on June 24, six months before Christmas, to coincide with Midsummer (according to the Gospel of Luke, John the Baptist was born six months before his cousin, Jesus, which is why this is a fixed date on the 24th). Many of the traditional festivities associated with St. John’s feast day were held the night before, on June 23, or St. John’s Eve.

Perhaps more than any other day of the year, except Christmas, St. John’s Eve is full of lore. Throughout the world, this night has traditionally been celebrated by lighting massive bonfires, accompanied by music, singing, and dancing. In fact, in Ireland, St. John’s Eve is still known as “Bonfire Night,” and its history stretches back even further than Christianity in Ireland. At one time, Bonfire Night honored Ãine, the Celtic goddess of love and fertility.

St. John’s Eve bonfires were believed to have magical, protective qualities, and many rituals sprang up around them.

Not surprisingly, given the wealth of other lore surrounding the day, the ancient Celts also believed St. John’s Eve was a prime day for faerie activity, second only to Halloween. Anyone who wanted to see one of the wee folk would gather fern spores at the stroke of midnight and rub it onto their eyelids. One had to be careful, though, because the crafty faeries often led unwary humans astray, getting them utterly lost, even in familiar territory. This condition was known as being “pixie-led,” and could be safeguarded against by turning your clothing inside out or carrying a small a few leaves of rue, a strong-smelling evergreen, in your pocket.

Midsummer’s Eve is also known as Herb Evening. Legend says that this is the best night for gathering magical herbs. Supposedly, a special plant blooms only on this night, and the person who picks it can understand the language of the trees. Other Swedish legends and traditions include placing flowers under your pillow before bed, which will cause you to dream about the one you will marry.

Whether or not you go hunting for faeries to mark the feast of St. John, though, be sure to get outside and have an enjoyable summer!

Originally June 24 would have coincided with the summer solstice, just as Dec 25 coincided with the winter solstice. Over the centuries the calendar got very far out of whack, though. Pope Gregory brought the dates close to, but not quite at, the original alignment. He must have chosen not to have religious holidays aligned with the solar year.

A very important day in June is the 26th. It’s known as my Birthday 🎂!! A Very Important Day Indeed!! I wouldn’t be here without it! I always wish my Dear Sweet Mother a Happy Labor Day and a Huge Thank You each year without fail!! 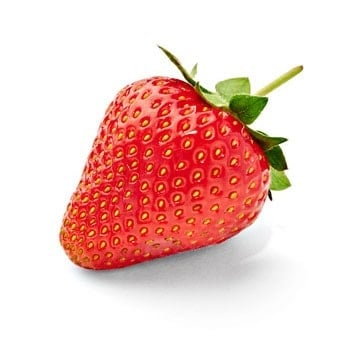