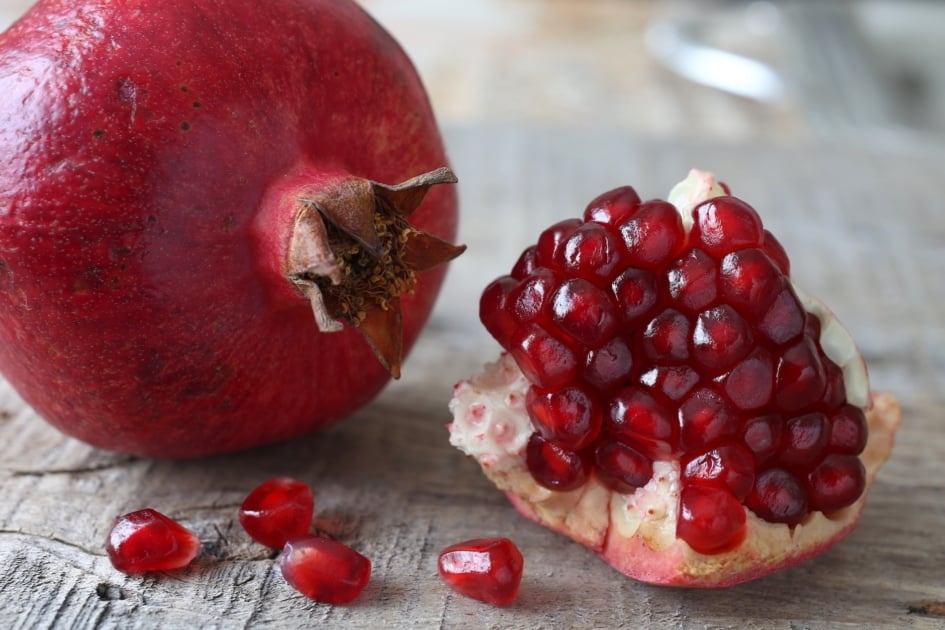 Possibly among the most underrated and misunderstood fruits, the pomegranate, Punica granatum, has actually been cultivated for thousands of years. Its earlier name, pomum (Latin for apple) granatum (meaning seeded), eventually became Punica granatum, which refers to the Phoenicians who expanded its cultivation. Pomegranates have been called “divine fruit” and are said to have been found in the Garden of Eden.

In fact, the pomegranate is mentioned in Babylonian texts, the Homeric hymns, and the Book of Exodus. Ancient Egyptians saw pomegranates as a sign of prosperity and ambition, depicting it in tomb paintings and in other places.

Turkish and Greek cultures also see pomegranate seeds, called anils, as symbolizing prosperity and good fortune, and on New Year’s Eve, a pomegranate is traditionally smashed on the floor, just inside the front door, to reveal its lucky seeds—which can number anywhere from 200 to 1,400!

Though the flower, leaves, bark, and peel are all edible, typically the “sarcotest,” or sweet, water-laden pulp that surrounds the seeds, is what we eat—often swallowing the seeds along with it if desired. In fact, dried seeds—available in many specialty food markets and health food stores—make a great addition to trail mix, blended into yogurt, or as an ice cream and salad topper.

Pomegranates explode with fiber, vitamins, nutrients, flavonoids (which, in some studies, are known to be anti-inflammatory), and phytochemicals.

In recent years, pomegranate juice (which can be tart and was popularly used in Armenian, Persian, and Indian cuisine long before we discovered it) has been promoted as a health, skin, and hair elixir. The peel contains a huge number of antioxidants released in abundance when the fruit is squeezed.

Fun Fact: The January birthstone “garnet” got its name from the Latin word Garanatus, meaning “seedlike,” because the stones look similar to pomegranate seeds in size and color.

What Are The Health Benefits of Pomegranates?

Pomegranate consumption is said to lower blood pressure and the incidence of heart disease, as well as decrease the risk of breast cancer, slow down the progression of Alzheimer’s disease, and limit osteoarthritis. Ayurvedic applications use the bark of the pomegranate tree and the fruit’s rind to combat diarrhea, dysentery, and intestinal parasites. The seeds and juice are said to stop gum and nosebleeds, tone skin, and can even treat hemorrhoids. Overall the fruit in its various forms is said to increase memory and slow down the aging process. 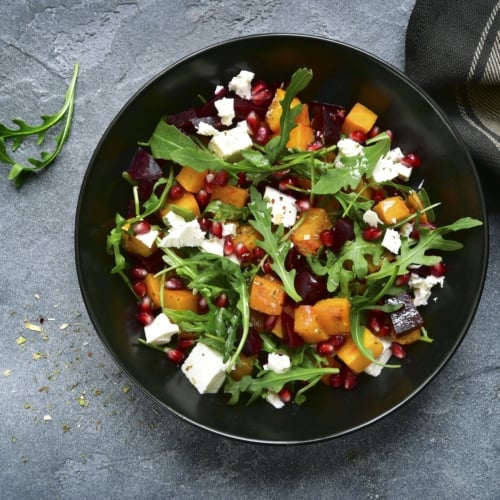 Keyword beetroot salad
Tried this recipe?Let us know how it was!

I have a recipe calling for pomegranate molasses and found directions to make it! It reminds me a bit of very good Balsamic vinegar. Wonder if I can can some ’cause the pomegranate season will end and then……….

Put the seeds in oatmeal. DELICIOUS!

during pomegranate season,these are in our household we eat them daily..yummy..

As a child I never ate the seeds. Now I always eat them. I just put a few seeds on a wet sponge to see if they will sprout. 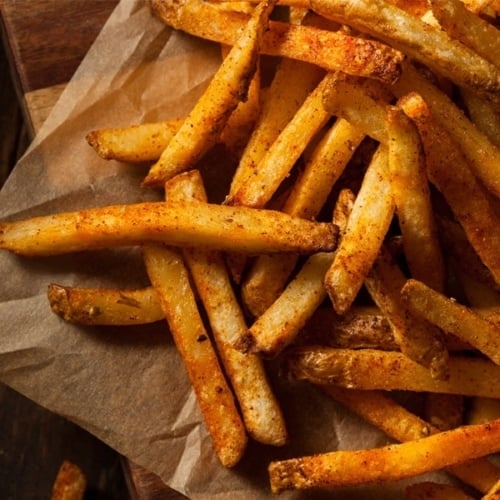