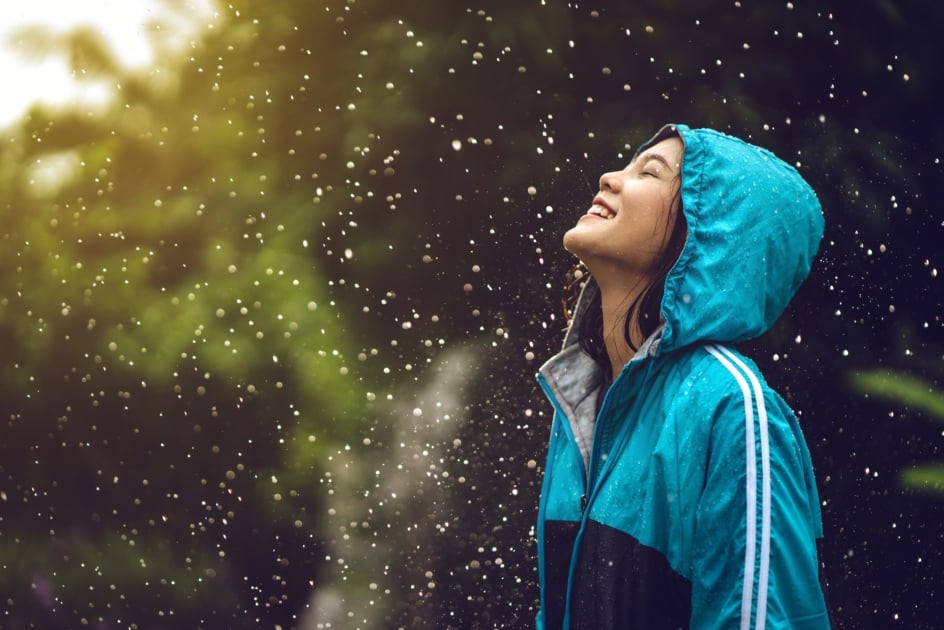 A good rain shower can make the whole world feel a little nicer. If you’re like most people, you open up all the windows in the house to let the fresh breeze drift in and then you head out to the porch to soak up that delicious earthy scent that always seems to come with the rain.

Where does that wonderful rainy scent come from, anyway? It turns out that there’s a name for it: petrichor, which is a word made from the roots petra (Greek word for stone) and ichor, which is a word that represents the mystical essence of the Grecian gods. The name for the scent of rain, however, doesn’t tell the whole story. There’s nothing mystical about petrichor, and the scent doesn’t come from rocks.

It Starts With a Dry Spell

During dry weather, several things happen that eventually combine to form the smell of rain. Decomposed organic compounds produced by dead leaves and other materials blow around, landing on the ground where they combine with minerals in the soil. At the same time, plants know that there isn’t enough water to support more growth. They produce oils that signal both seeds and root systems to halt their growth.

Actinobacteria, which grows in moist soil, plays a part, too. As the soil dries out, actinobacteria stop growing and start creating spores so that they can reproduce once more after a good rain. And, as these bacteria die, they create a compound called geosmin. If you’ve ever eaten a beet, the earthy flavor you taste is geosmin. Similarly, the muddy flavor that a fresh catfish fillet sometimes has is caused by high levels of geosmin.

It’s these four factors—mineralized organics, oils from plants, actinobacteria spores, and geosmin—that mix together to create petrichor. When you smell it, that’s because the force of raindrops hitting the ground creates an aerosol of these particles, which you then pick up with your nose.

The Right Kind of Rain

In order to catch a whiff of petrichor, the conditions have to be just right. The dry spell is only the first component. After that, you need just enough rain to distribute the aerosol. If the floodgates open up and it rains all week long, the scent of petrichor will be strong after the first shower. However, after an entire day or week of storms, the compounds that create petrichor will wash away.

The type of rain is just as important as the duration of the rainy spell. Light drizzles and misty rains may not be enough to aerosolize the compounds in petrichor. Conversely, a pounding rain will knock the airborne particles right out of the air, leaving you without that rain-fresh scent afterward. This is why petrichor is strongest right after a gentle soaking rain.

What About the Smell that Comes Before the Rain?

If you’ve ever enjoyed the scent of petrichor, then you’ve probably smelled something similar just before the rain starts, too. This pre-rain smell has an entirely different origin. This scent is attributed to ozone, which is created when lightning within storm clouds splits oxygen apart into separate atoms. Some of those atoms recombine to form ozone instead of oxygen. As the storm winds blow, the ozone is blown out ahead of the storm, which is why you can sometimes smell of approaching thunderclouds.

In a way, you could say that petrichor is nature’s air freshener. When it comes to scents, it’s certainly one of the best, right alongside the smells of freshly cut grass and blooming flowers!

You can’t smell it, but it’s still relaxing! Have a look at the video below:

Nothing like the FIRST spring rain like this that washes away the dirt of winter – so far, not had a spring rain like this – glad to know there is a reason for the fresh smell – now can any one explain ‘why’ laundry that dries outside in the sun smells so much cleaner and fresher than if dried in a dryer?

Totally off subject but I often referrer my nickname to Petra ( cause of the name Pebbles of course) but a fact is that is why Jesus called Simon Peter because he was the rock that his church was built upon Matthew 16:18

Let’s make something perfectly clear. It wasn’t Simon Peter who was the rock that the Church was built upon. It was Jesus, Himself. Go back and read that scripture again, and pay attention to punctuation. That makes a 100% clearer understanding that Jesus was referring to Himself, not Simon Peter.

Even better than the punctuation is the context with vs 16. But back to the article, praise God for that smell!

It is the best scent. Sometimes you can semi-mimic it by shooting the water from the hose into the air on some dry dirt or the compost pile, but that is only for a few short minutes.

I so remember & cherish long ago in the summer of my childhood ……my Dad taking us out to the front porch to watch a frightening but astoundingly beautiful thunder storm approach . The distant thunder , the leaves blowing backwards against the black of the storm clouds and the wonderful smells of nature . We currently need rain so badly , it would be grand to see and feel and smell a thunderstorm on the way .

Loved sitting on my grandma’s front porch swing with my cousins during a rain storm. Loved the sizzle of “heat lightning” and the rumbling thunder claps. The petichor from our duty lanes and fields, the scent of ripe corn leaves after the rain, the jasmine and the boxwood’s perfume, and the earthy sweetness of crepe myrtles in bloom…the sounds of the drops on the porch’s tin roof… I am saddened that so many of the kids today will never have wonderful memories like that.

My all time favorite scent is the smell of wet concrete sidewalks during a summer rain. It ranks up there with freshly mowed grass.

The ozone that comes from lightning is like peroxide but is not liquid is charged air …This ozone can be reproduced with AC -house current …I think this ozone can be heathy and have very positive effects like killing bacteria ,viruses ,and funguses .I know there is a big ammount of confusion with high ozone (air polution) Ozone is also created in the combustion process in the motors .Fuel is ignited by spark plugs ,the spark makes ozone and this ozone is mixed with gas /fuel ….So this ozone is poluted and fouled by the fuel. I think this process is not researched enough and needs a second look…Ozone is in rain in very high ammounts ..without this pure clean rain we would all stink ..LOL 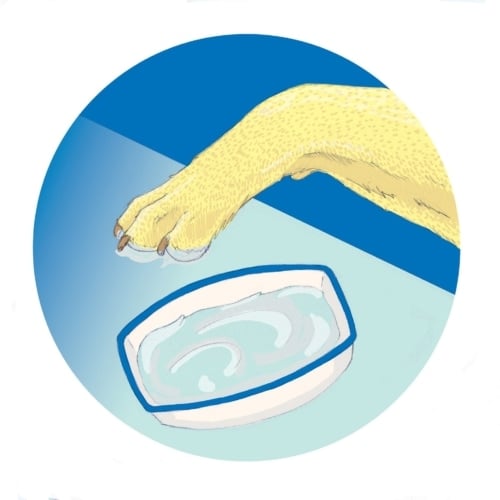