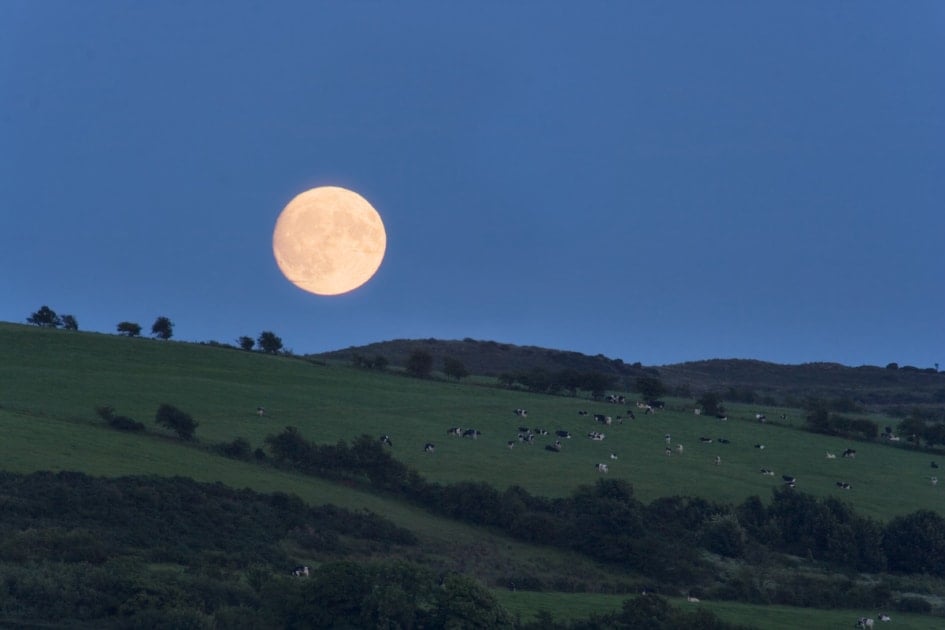 In case you haven’t already heard, we have a Harvest Moon coming our way on Monday night, September 20, 2021 (at precisely 7:55 p.m. EDT – a little over an hour after the sun has set). But if you check your calendar, you’ll notice that fall doesn’t begin until September 22, 2021. How can you have a Harvest Moon arrive before summer has wound down?

A Season of 4 Full Moons

It is because of this circumstance that the previous full Moon—the full Sturgeon Moon on August 22—was deemed a “Blue Moon.” A seasonal rule states that when four full Moons can be squeezed into a specific season (normally there are just three), then the third full Moon receives the title of “Blue Moon.” We saw full Moons on June 24, July 23, August 22, and now, the fourth “summer” full Moon will come just two days shy of the end of summer, on September 20th.

Why A Harvest Moon?

As the Native Americans prepared to gather their crops each autumn, they looked to this full Moon as a sign that it was time to harvest. For a few days before and after its fullness, it hangs in the sky like a great glowing lantern, prolonging the light well after sunset.

When the winter solstice arrives in December, the daily lag in the rising of the full Moon will be close to an hour, but now it is closer to 23 minutes.

Is It A Rare Occurrence?

Since the autumnal equinox vacillates irregularly from September 22 to 23 from year to year, means that in the overall scheme of things, the Harvest full Moon can come as early in the calendar as September 8 or as late as October 7. So, a summer Harvest Moon, especially one that happens just a couple of days before the equinox, is not really such a rare occurrence.

On the other hand, September is usually the month associated with Harvest Moons; they happen nearly 76% of the time, while October Harvest Moons occur an average of just 24%. If a full Moon falls during the first week of September, that’s much too early to be considered a “harvest” Moon (and it gets the name “Corn Moon”); so, we must wait about a month and bestow that title on either a full Moon at the very end of September or the beginning of October.

The full Moon of October 20 will be designated as the Hunter’s Moon, accompanied by a series of brilliant moonlit nights when, in times past, the hunter and his faithful canine companion spent frosty evenings trailing deer and hoping perhaps to provide some venison on the kitchen table to feed his family.

So when viewing our “Summer Harvest Moon” on September 20th, let’s hope the summer heat dissipates, provides us with clear skies, and sets the stage for the glorious arrival of autumn.

Love this song and neil young. Goes way back with me

I’ve always thought the Harvest Moon was in October. Oh well, guess I was wrong. The Market Bulletin? We have that in Georgia. I’ve been reading it for over 45 years.

Hi Gary, that’s the thing: it can be in September or October, depending on which is closest to the equinox. Check out our video here.

It was great to hear this song and watch the video again. It had been many years since I last saw it.

I so enjoy reading about the various moons we get to enjoy! This article was very informative and I am glad I found it in Farmers Almanac! Can you still receive in type and ever heard of the Market Bulletin?? Thank you and God bless!!

Hi Sheila, glad you enjoyed the information. We aren’t familiar with the Market Bulletin. Was it published by one of the Almanacs? 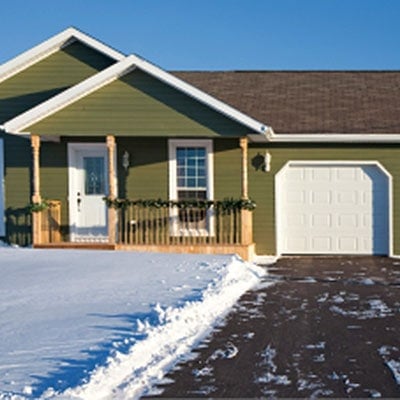