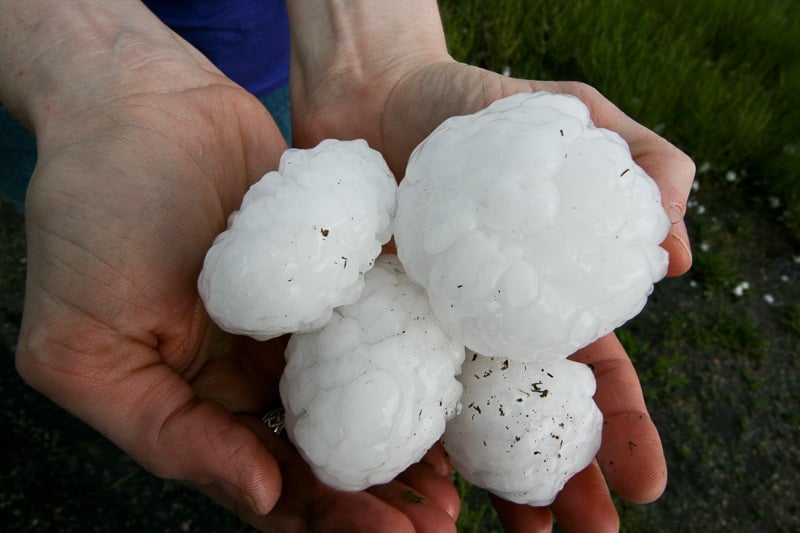 How Does Hail Form?

Hailstones form inside massive thunderhead clouds that can tower at heights of up to 50,000 feet. While the lower regions of these storms contain warm air, the upper regions are below freezing. Updrafts within the storm system can force raindrops up into these higher regions, causing them to freeze into ice crystals. These ice particles can be pitched up and down several times causing them to partially melt and refreeze, adding layers over time, and even combining with others, until they finally become too heavy and fall to the ground.

Hailstones can range in size from smaller than a marble to larger than a bowling ball, though the average is slightly smaller than a golf ball, at about an inch and a half in diameter.

The velocity of hail varies by shape and size. The largest and heaviest can fall at speeds upwards of 110 mph.

While hailstorms can technically occur at any time of year, some of the most destructive events have coincided with the height of summer. Here’s a look at some of the worst summer hailstorms in recent memory:

Though the Vivian hailstone is the largest confirmed one in recorded history, reports of larger stones exist. On July 27, 1910, giant hailstones fell on Minnesota’s Todd and Wadena counties. Unofficial reports claimed that one stone weighed five pounds.

Numerous other unsubstantiated claims exist. A hailstone weighing 4.18 pounds is said to have fallen in Kazakhstan in 1959. Residents of the Guangxi Province, in China, claim an 11-pound stone fell there in 1986. Most unbelievable, though, is an 18th Century claim from Seringapatam, India, of a hailstone the size of an elephant!

The year was 1961. My girlfriends and I, all in our 20s, piled into my 1055 Pontiac convertible and headed out for a trip to New England. We made it fine from NYC to Lake George, NY, but on our trip from there to New Hampshire, we ran into a terrific hail storm in Vermont. We were on a small country road and couldn’t see how close we were to the ditch on the side of the road – ended up in that ditch. But a kindly country farmer came with his tractor, pulled us out and on our way we continued (but not before the storm ended).

I’ve been in two large hail storms in my life in Connecticut, where I live. Several years ago, my friend & I where chasing a big thunderstorm When golf ball size hail fell. We got into a restaurant in the nick of time, before the hail followed by a tornado hit. Also when I was a little kid, another golf ball size hail storm hit us. That was in 1954.

We had a hail storm the first of July and got some big hail and it was weird looking. Not round like those shown here but jagged edges and big as a golf ball. Tore up my flowers and my garden. Ground was white with hail.

Deodorize your pet’s bedding, between washings, by sprinkling it generously with baking soda, let it sit for 15 minutes, then vacuum it up. Pet odors are gone, without harsh chemicals!
More hints & tips 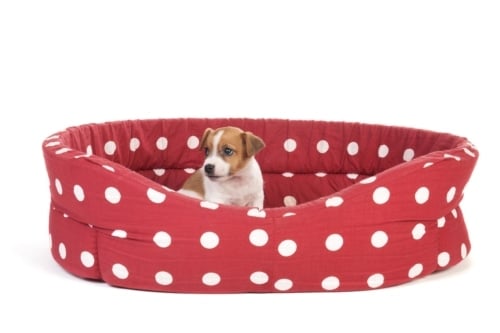