Talk about a change in the weather (not that we’re complaining), but does that mean we’re in for a January “thaw?”

The January Thaw, like Indian Summer, is more than just another piece of fanciful weather lore. Annual averages really do show a slight temperature increase, and subsequent dip, during the final week of January. On average, January 23 is the coldest day of the year in much of the Northern Hemisphere. Almost exactly six months later sits July 24, the warmest day of the year, on average. Between those two dates, average daily temperatures show a fairly predictable rate of increase. While there may be deviations from that pattern during any given year, the model holds true when looked at over a period of several years.

Though predictable, the climb from cold weather to warm and back again, is not completely smooth. Small “blips” in the overall pattern reveal noticeable fluctuations that can be observed from year to year. These blips are called singularities in weather lingo. Indian Summer, a period of unseasonably warm weather that usually appears in mid-October, is one such blip. The January Thaw is another.

During the January Thaw, which usually lasts for about a week, temperatures rise an average of 10° F higher than the previous week, then drop back down in time for February’s arrival. Though it’s called a “thaw,” the January Thaw doesn’t necessarily melt away snow and ice during its stay. In areas where winter weather is exceptionally cold, temperatures during the thaw may not even rise above freezing. More temperate regions, however, may even experience what could be described as a “false spring.”

Though they are a verified weather phenomenon, January Thaws don’t happen every year. In order for a singularity like the January Thaw to be recognized, it only has to appear slightly more than 50 percent of the time.

That’s the beauty of weather; though predictable to some degree, it always keeps us on our toes.

Interesting 🙂 We could use a lot of January “thaw” around here. LOL Hee hee

Drinking water is an important way to flush your body of toxins but we don't always get the amount we need. To remind yourself to drink more water, set reminders on your smart phone at intervals throughout the day. You can also mark your water bottle with your drinking goals. Get some tape or use a permanent marker to mark time intervals right on the bottle (e.g., 8 am, 12 noon, etc.). This will help you see -- and stick to -- your water drinking goals.
More hints & tips 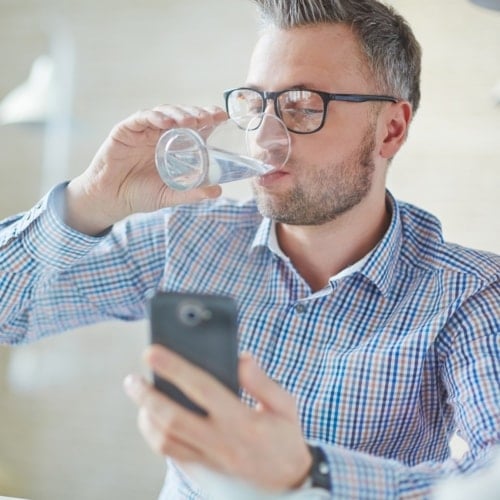