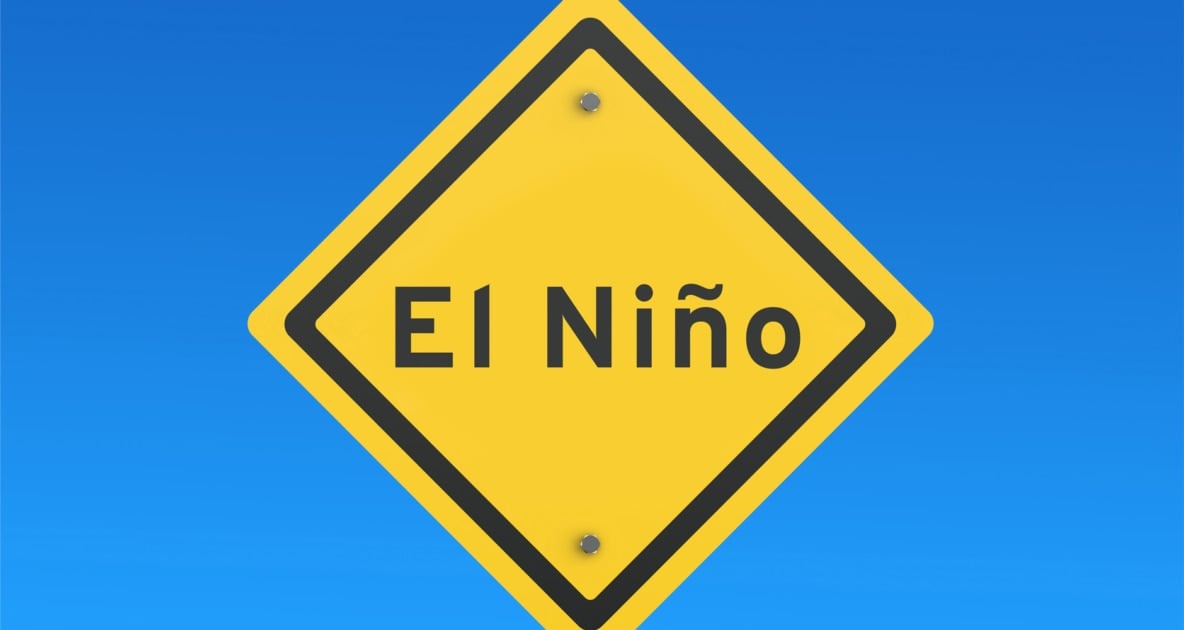 Every few years, weather forecasters start talking about something called an El Niño, a weather phenomenon that affects weather on a global scale, but isn’t particularly well understood.

What we do know about El Niño is that it is characterized by unusually high water temperatures off the Pacific coast of South America. El Niños generally occur rather erratically, about once every three to seven years, and typically last between 12 and 18 months.

What is an El Niño?

What Causes an El Niño?

Scientists are still trying to determine what causes EI Niños. The abnormally warm ocean associated with an El Niño event interacts with the overlying atmosphere, disrupting atmospheric circulation directly overhead, and for thousands of miles. Blamed in the past for wildfires, famines, floods, droughts, and thousands of human fatalities, El Niño may be the single most disruptive climatic influence on the planet. The 1982-83 El Niño, for example, was responsible for at least $13 billion in damages.

How does El Niño affect the weather?

During a non El Niño year, westward blowing trade winds cause warm surface waters to accumulate in the Western Equatorial Pacific, bringing heavy rainfall to surrounding areas. The rainfall releases heat, which keeps the Western Pacific’s atmosphere warm, and helps steer the jet stream’s flow from Northern Asia toward Oregon, Washington, and British Columbia. But during an El Niño year, trade winds slacken, or even reverse. Warm surface waters and the accompanying clouds move eastward, taking expected rain from some regions and dropping it on others. The jet stream flows much farther to the south, steering Pacific winter storms across central California and the southern U.S. That means that during El Niño years, typically cold areas such as New England, the upper Midwest, and much of Canada, see a warmer, drier-than-normal winter, while Southern states experience colder, wetter conditions than normal.

How long can an El Niño last?

The longest recorded El Niño lasted from 1991 to 1995, a period marked by numerous weather disasters worldwide. Evidence suggests such long lasting El Niños should occur only once every several thousand years. Sometimes after a period of very warm water temperatures in the Pacific, a period of unusually chilly water temperatures, often referred to as La Niña occurs in its aftermath. The two temperature conditions oscillate back and forth, and the result is called the “Southern Oscillation.” This is why scientists use the term El Niño Southern Oscillation, or ENSO, to describe the entire phenomenon.