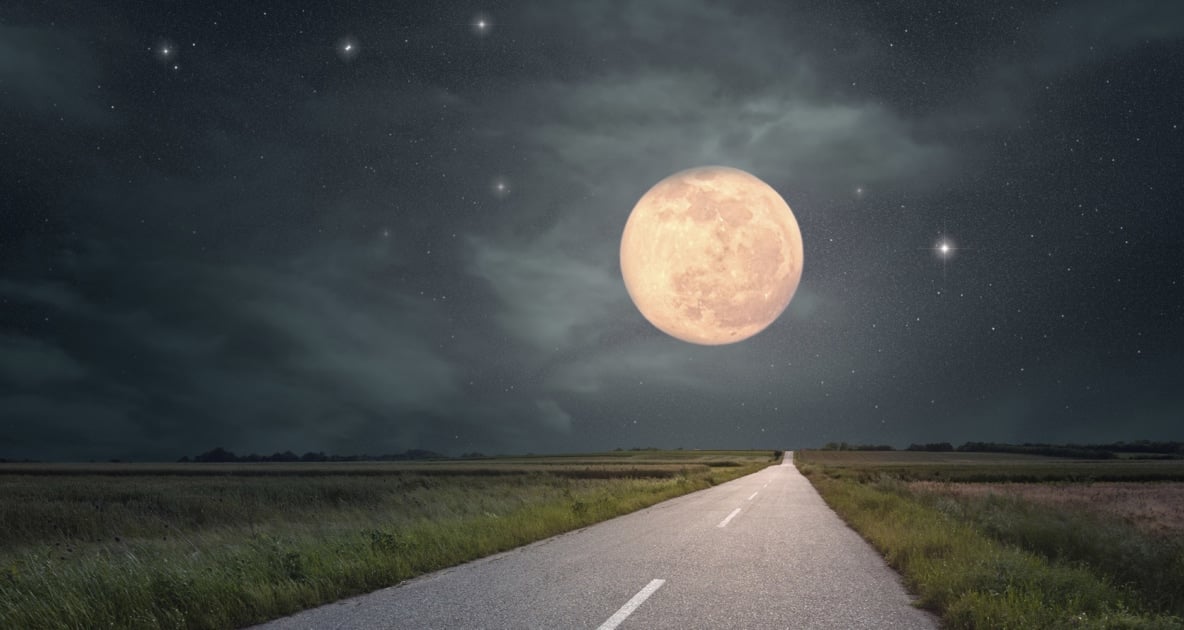 One time or another you have probably encountered what astronomers refer to as the “Moon illusion.” Moon illusion is an optical illusion which causes the Moon to appear larger near the horizon than it does higher up in the sky. It has been known since ancient times and recorded by various cultures. It also glows more orange when it’s low to the sky.

But despite the fact that people have been observing this illusion for thousands of years, we still don’t have a concrete explanation for it. One belief is that the Moon’s light travels a longer distance through the atmosphere. As it travels along this long path, the shorter, bluer wavelengths of light are scattered away, leaving the longer, redder wavelengths. And our Earth’s atmosphere, dust, or pollution can also deepen this red color.

Using the famous Big Dipper you can observe another type of Moon illusion. This week at dusk you’ll easily be able to find the Dipper almost directly overhead. Now, look at Dubhe and Merak, the so-called “Pointer Stars” at the end of the Dipper’s bowl and try to imagine eleven full Moons lined up in the space between them. Maybe you could squeeze four or five in, but eleven? And yet, in our sky, the Moon measures a half degree across, while the Pointers are separated by 5½-degrees.

So yes, (as Goldilocks might say), eleven would fit “just right!”

Bright things in the sky seem to look bigger than they really are. Artists seem to know this, whether consciously or not, and always seem to drastically exaggerate the Moon’s size in their paintings. And yet, if the Moon were accurately depicted true to scale, it would be mistaken for a very bright star.

Interestingly, when the very first Zeiss planetarium projectors were built in the 1920s, both the Sun and Moon were designed to subtend exactly ½-degree when projected on their hemispherical screen, commonly called a dome. But to the eye they appeared much too small compared to the actual Sun and Moon. So the Zeiss technicians ended up doubling their size to make them appear more realistic; a practice which continues to this day in all planetariums.

My Dad taught me that the reason the moon and sun appear larger on the horizon is that we have earth object in our line of sight to compare them with. So the illusion is really an illusion which is why photographs don’t pick it up.

Somewhere in my lifetime (69 years) I remember a hypothesis that the reason for the exaggerated size of celestial bodies near the horizon is the effect of warmer air across the ground surface between the observer and the and the celestial body (sun and/or moon.) This is the same effect I have observed here in the American west when viewing mountain ranges from afar on very cold days (-10 degrees F.) during winter. Both of these phenomena bring to mind the “mirage” effect in the desert or northern plains on very hot days (+85 degrees F.) Of course these are my speculation and not intended as a scientific fact. Comments welcome.

GOD knew exactly what he was creating when he gave us the Moon.! Thank you heavenly Father for all you have blessed us with.!

Although an illusion, there are few things so spectacular as a huge moon
looming over the horizon. I have seen the rising and setting sun – I guess
another illusion – so huge and beautiful it seems like if you would walk just
a bit you could reach out and touch it. Imagine a life without the awesome
beauty of nature … life certainly would not be worth living.

Thank you, I didn’t know. I know often when I take a pic of the moon very it looks so much smaller than what I thought I saw in the sky. And yes, I have noticed that the moon looks so very much larger on the horizon. I always accepted it without realizing.

Before you place a candle inside your Jack-O-Lantern, coat the lid with spices such as ground cinnamon, nutmeg, or pumpkin pie spice. The heat of the candle will warm the spices and send a delicious scent through the air.
More hints & tips 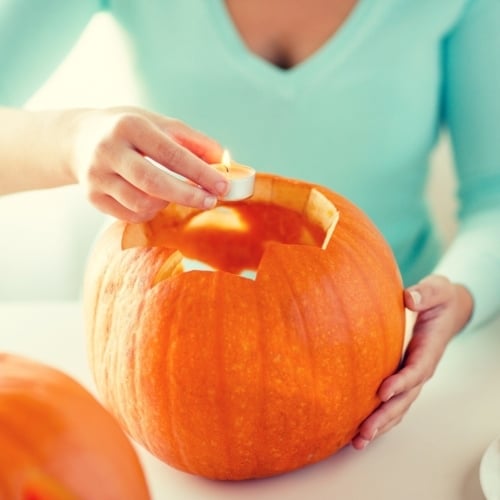