To some in North America, the name St. Nicholas is nothing more than a synonym for Santa Claus, to be used in stories, poems and songs simply because more words rhyme with Nick than Claus. But in some parts of the world, and in many communities here at home, St. Nicholas has his own day, December 6th—several weeks before Christmas. So how is it celebrated?

Who Was Saint Nick?

You could say the modern day Santa Claus is based on St. Nicholas, but Santa is a very secularized translation, a composite of the St. Nick in ‘Twas the Night Before Christmas and of pictures created from 1931 to 1964 for Coca-Cola. The real St. Nicholas was a bishop in the fourth-century city of Myra, in what is now Turkey. According to Lives of Saints, published by John J. Crawley & Co., Inc., Nicholas had pious and virtuous parents who died while he was young, leaving him with a comfortable fortune, which he resolved to use for works of charity. He was known for his great kindness and his generous help to people in trouble. 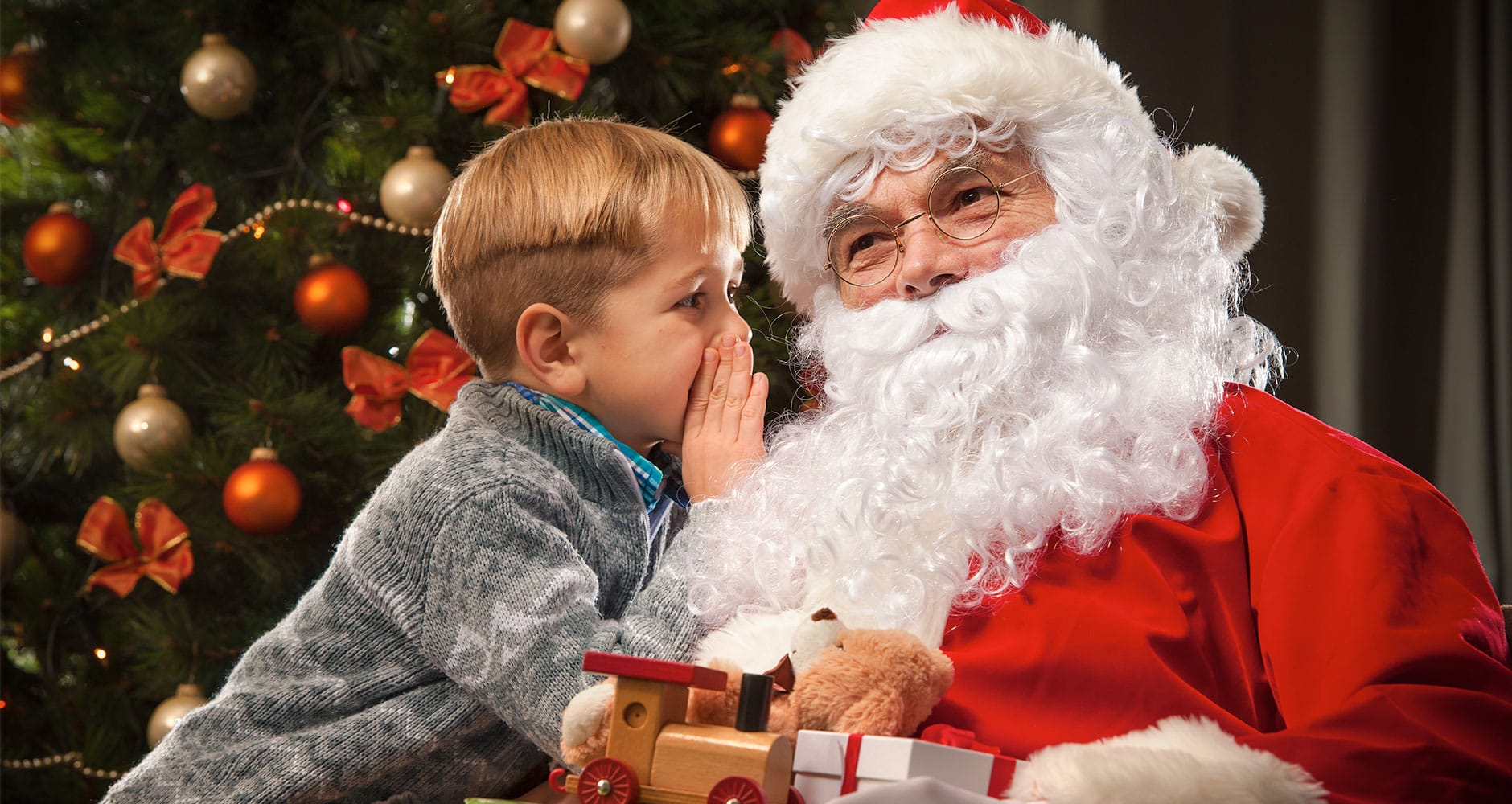 Today, a web site devoted to Nicholas documents 318 churches in the United States named after him. One can be found in almost every state, with most being in the northeast and north-central parts of the country.

St. Nicholas has also been the subject of drawings and paintings throughout the ages. He is typically shown wearing a bishop’s robe and a miter on his head and holding a crosier, a clerical staff resembling a shepherd’s hook. Like the modern Santa, his clothing is often red, with plush white trim. Nicholas is sometimes depicted with a donkey, which carries saddlebags full of gifts, while other artists show him on a white horse. 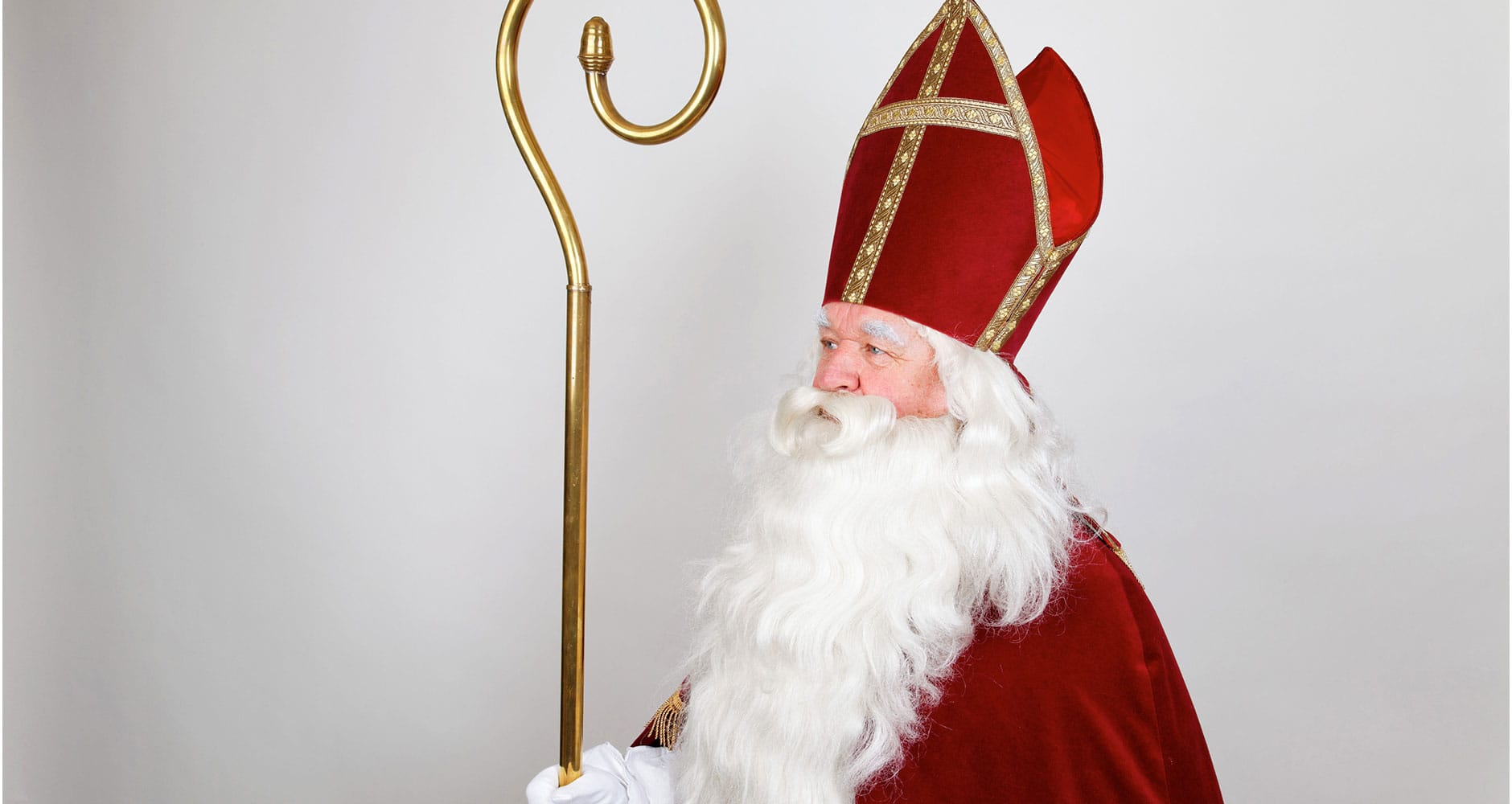 The belief that Nicholas had an incredible love for children probably stems from his helping those in need. And the tradition of secretly leaving presents in the night for children grew from the belief he didn’t want to be seen—he wanted those he helped to give thanks to God.

In Germany, Switzerland and the Netherlands, gifts have been bestowed on children in St. Nicholas’s name for hundreds of years, while the early Dutch settlers of New Amsterdam made the custom popular on this side of the Atlantic. But these nationalities aren’t alone in their historical affection for Nicholas. In Russia, he and St. Andrew are joint national patrons. Celebrations of Saint Nicholas Day in Northern Europe traditionally included gifts left in children’s shoes. Good children received treats—candies, cookies, apples, and nuts, while naughty children found switches or lumps of coal. Sometimes coins were left in the shoes.

In some European households, the father of the family dressed up as St. Nicholas on the eve of his feast. He came in, sometimes with his sidekick, Krampus or Black Peter, and admonished the bad while rewarding the good. Many of these traditions were brought to the New World by European immigrants and in towns or neighborhoods with strong German, Dutch or Belgian roots, children still put out their shoes or stockings to be filled with goodies.

In towns founded by Dutch settlers, like Holland, Michigan, and Pella, Iowa, there are annual St. Nicholas parades (before the pandemic). In New Ulm, Wisconsin, German and Austrian legends of St. Nicholas are told, and a bonfire is made of the sticks that St. Nicholas had brought for bad children, but found he didn’t need because they were all so good. In Mifflinburg, Pennsylvania, St. Nicholas greets visitors during a three-day Christmas market inspired by the centuries-old traditional German Christkindl Markt, or Christ Child Market.

If you’d like to add a St. Nicholas Day celebration to your family’s December calendar, here are some suggestions:

Nice story, a good one to share with my US and Canadian colleagues.

Oliebollen are generally eaten around new years day. During Sinterklaas we eat pepernoten, kruidnoten spekulaas Stuffed or not 😉 and banketstaaf

A good overview of all kinds of sinterklaas ‘food’ can be found here: http://dutchfood.about.com/od/dutchholidayrecipes/a/Sinterklaas.htm

St. Nicholas was an Orthodox Bishop in the Greek city Myra, which is in modern day Turkey. The dowry story is certainly cited on the celebration of his day in Orthodox communities world wide. In 325 at the Council of Nicea he shouted down the heretic Arias.

I have celebrated St Nicholas Day since my children were little.@ 32 & 38 along with their children we still celebrate & everyone looks forward to it.It takes the edge off of Christmas anticipation.

Thanks for the St. Nick story. As my four kids were growing up, our household decorations played up St. Nick more than Santa to keep everyone focused on the Christian, not commercial, aspects of Christmas. Good Job! Merry Christmas to all!

To eliminate stale refrigerator odors, cut an orange in half and scoop out the flesh (and eat it!). Fill the shell with baking soda and place it in a small bowl in the back of your fridge. The baking soda will absorb odors while the orange shell infuses the entire fridge with a clean, citrus scent.
More hints & tips 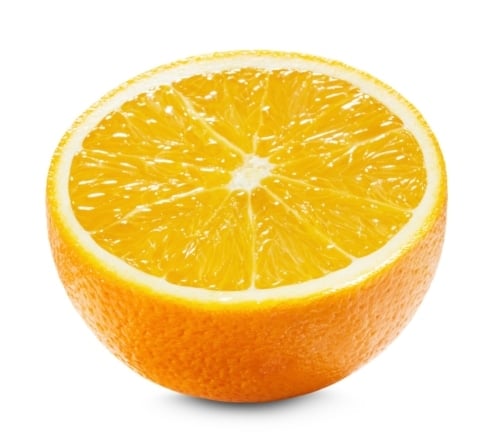