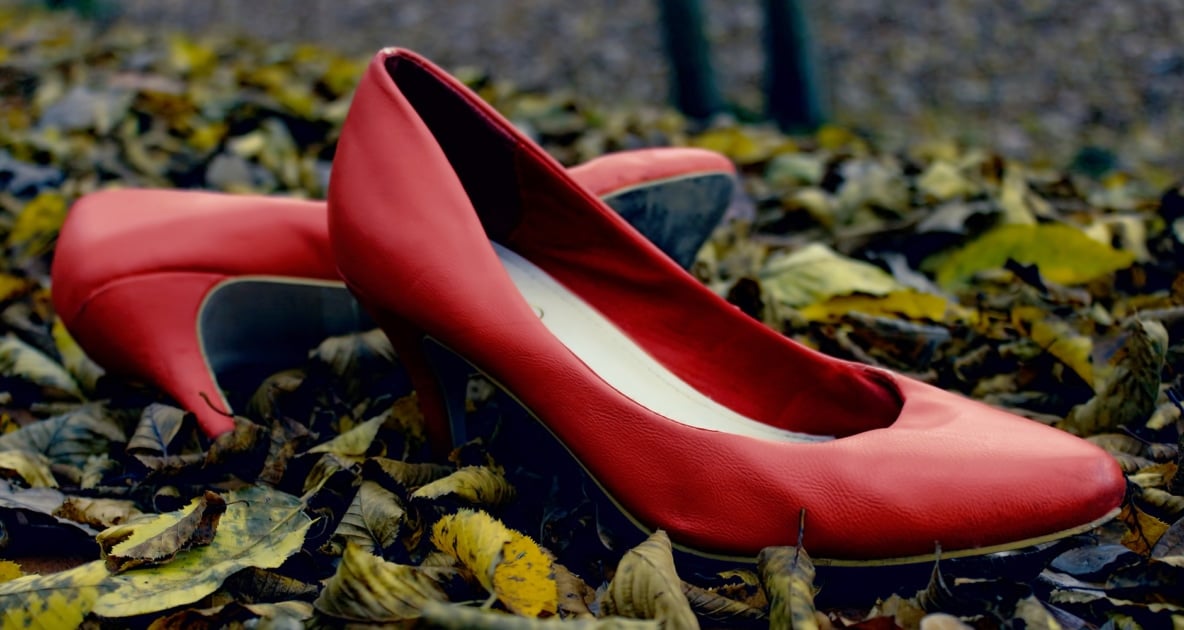 Winter (especially December) is a time we associate with the holidays, but it’s not just about Christmas and Hanukkah. There are numerous traditions celebrated here and around the globe that honor the change of the seasons and the arrival of winter. Some of the customs, rituals, and festivals are a bit strange, but quite interesting, so we compiled a list of some of the more unusual.

On Christmas Day, Czech women throw a shoe at their house to determine if they’ll get married in the new year. How the shoe lands is key: if it lands with the heel facing the house, the woman can expect to be single throughout the next year.

is a Chinese festival that celebrates the arrival of the Winter Solstice, and is related to the philosophy of Yin and Yang. According to the Chinese, Yang symbolizes the positive, and Yin is negative. The positive things will become stronger after the Solstice — longer daylight hours and an increase in positive energy flowing in. Families celebrate by gathering together and enjoying a large meal which includes dumplings, in part because of this ancient legend: a sympathetic physician fed the poor homeless people of his town dumplings to keep their ears from getting frostbite. Because of this, some of the dumplings served during the festival are shaped like ears.

In Romania, carolers dress in bear costumes and dance on New Year’s Eve in order to drive away evil spirits and help enrich the soil for the new year. Even though the bear costumes look scary and sinister, it’s actually a time of joyful celebration and a rich tradition passed down through the generations.

4. The Feast of Juul

The present-day custom of lighting a Yule log at Christmas is believed to have originated from the Feast of Juul. This was a Winter Solstice festival observed in Scandinavia when fires were lit to symbolize the heat and light of the life-giving Sun. A Yule or “Juul” log was burned on the hearth in honor of the Scandinavian god, Thor. The log was never allowed to burn completely and was kept as a token of good luck, then used as kindling to start the following year’s log. In other European countries, the Yule log was burned until nothing but ashes remained, which were collected and spread into the fields as fertilizer every night until Twelfth Night, or worn around the neck as a charm.

This is a celebration of the Winter Solstice celebrated in Iran, considered one of the most important celebrations of the year. The word Yalda means birth, and the festival is a celebration of the longest, darkest night of the year. Ancient Persians believed that evil forces were dominant on this night, and the next day belonged to the Lord of Wisdom, Ahura Mazda. Family members gather together and eat, drink, and read poetry all night. Watermelon, and pomegranates, which symbolize the cycle of life, are served, along with nuts.

Saturnalia was an Ancient Roman Winter Solstice festival held in honor of Saturnus, the Roman god of agriculture and harvest. It began on December 17 and lasted for seven days, and was characterized by the “suspension of discipline and reversal of the usual order” — grudges were forgiven, wars were interrupted, and people engaged in carnival-like festivities. Some of the festival’s customs have influenced our present-day Christmas and New Year celebrations.

In Austria, Krampus comes and visits children but, unlike Santa, his visit is not welcome: Krampus seeks out only naughty children to punish them, and if he finds a particularly naughty one, he takes that child away with him in his sack. But the celebration comes when people dress up as witches and devils and take to the streets, carrying torches and causing mayhem, for the annual Krampus Run, which is designed to scare the “devil” out of people!

In Norway, people hide their brooms on Christmas Eve before going to bed. It was believed that witches and other mischievous spirits stole brooms from households to ride on Christmas Eve.

9. Night of The Radishes

Known as Noche de los Rabanos. In Oaxaca, Mexico, residents engage in a three-day festival, beginning on December 23rd, that includes carving vegetables, specifically oversized radishes, to look like the nativity and symbols from Mexican folklore. Farmers began carving radishes into figures as a gimmick to attract customers’ attention during the Christmas market. It later turned into a competition, and today attracts thousands of visitors who want to see the veggie creations.

These events are held annually in January throughout many parts of the Northeastern United States and Canada to ring in the new year. Participants brave often sub-zero temps and plunge into a nearby body of water, quickly, foregoing wetsuits. The events are usually held to benefit a charity or bring awareness to a cause.

11. Pickles on the Christmas Tree

Households in the U.S. and Canada will decorate their Christmas trees with pickles (ornaments, that is). The origin of this tradition is disputed, but one story claims that during the Civil War, Private John C. Lower was captured and taken prisoner. Starving, he was given a pickle to eat on Christmas Eve, which saved his life. So he started the tradition of hiding a pickle on the tree each year. Another theory is that it’s an old tradition in Germany, called Weihnachtsgurke — the pickle was the last ornament hung on the tree, and the first child to find it got an extra gift. Others suspect it was a marketing ploy by Woolworth & Company to sell more pickle ornaments.

How do you ring in the new season? Are there any other traditions or customs we left off the list? Tell us in the comments below!

6. hiding of the broom

In the Bay of Fundy islands (Deer, Campobello and Grand Manan Islands), on Christmas Night (night before Boxing Day) Granny Goodie (supposedly Santa’s wife) would fill our stockings with common items (orange or clementine, nuts in shells, Christmas candy, and a few odds & sods as well as one special gift (like a wrist watch or small doll, or toy boat, etc). Not common everywhere. But particularly important on the Fundy Isles. Thank you for explaining the use of pickle ornaments, I always thought they were just plain weird!

Italy. Throwing away an old pair of shoes on New Years Eve. ‘So you don’t go there again.

I’m Canadian and I have never, ever heard anything about pickles on a Christmas tree.

Here in the UK we have a Christmas day swim just like the one above in our tiny seaside town of Porthcawl.

#11 Pickles. One of the legends/myth of St. Nicholas is the rescue of a group of small children from a Pickle vat.

My great grandmother from Sicily would make lentil soup on New Year’s Eve. The more Lentils you ate… the more money you would make in the upcoming year. Needless to say, we kids ate mounds of lentils (in all honesty, if you tasted her scrumptious lentil soup, you didn’t need the $ incentive).

Interestingly, recently spent one holiday with friends who were from Ecuador, who gave small hand sewn packages of raw lentils to everyone on New Year’s Eve for luck.

Up Helly Aa– An annual festival of Fire of the Shetland Islands of Scotland. Held in January to mark the end of the Yule Season. They traditionally throw flame spear’s at a wood replica of a Viking Ship, burning it to ash. My husband a co worker’s have held their own version. It’s quite the event!!

Great information! It’s the type of info I like pass onto the Grand Kids>

Forgot the spider in the Christmas tree! But maybe I know this one more because I love spiders than a family history of having a spider on the tree. Perhaps it was started by someone else who has arachnophilia.

Thanks Melanie!!! We’ll definitely do a part II for next year!

Just a note to say THANK YOU for the great place cards!

Hi Dianne, glad you enjoy them! Merry Christmas from all of us at Farmers’ Almanac!

Thank you, Dianne! We’re glad you liked them!