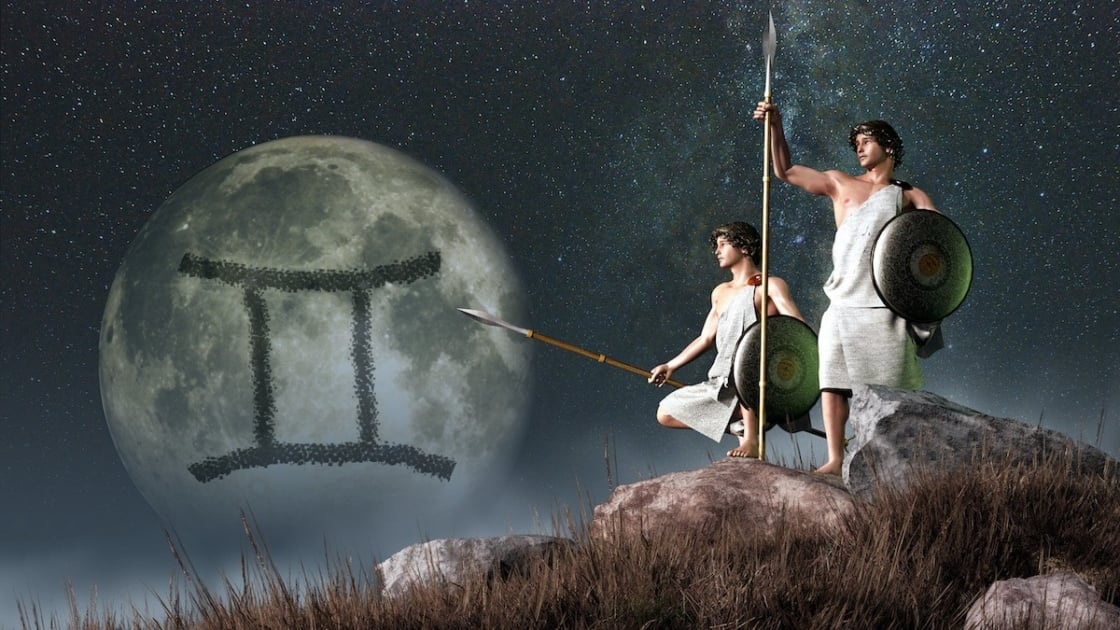 Nearly everyone knows a little something about astrology — even if it’s only where to find the daily horoscope section in the local newspaper. Whether you truly believe the stars control your destiny, think it’s all bunk, or just like to have fun with it, the 12 signs of the zodiac are part of our cultural heritage. Over the next year, the Farmers’ Almanac will introduce you to the facts and lore behind each constellation in the traditional Western zodiac. First up, Gemini.

Gemini is the third constellation of the zodiac. Its name is Latin for “twins,” because it contains the two bright stars commonly known as Castor and Pollux, named after prominent twin brothers in Greek and Roman mythology.

Astrologically, the Sun resides in the house of Gemini from May 20 to June 19 each year.

The astrological symbol for Gemini is ♊, and the constellation sits in the sky between Taurus to the west and Cancer to the east. Other nearby constellations include Auriga and Lynx to the north and Monoceros and Canis Minor to the south.

The constellation itself consists of the two twins, with the brightest stars representing their heads. Castor, also known as Alpha Geminorum, sits to the right, next to his twin Pollux, or Beta Geminorum. A series of less bright stars form two parallel lines descending from these two main stars, causing them to resemble two bodies.

Greek and Roman Myths of Gemini

In the myths of ancient Greece and Rome, Castor and Pollux were both the sons of Queen Leda of Sparta, but had two separate fathers: Castor’s father was Leda’s husband, King Tyndareus, and Pollux was sired by the Greek god Zeus. This meant that Pollux, a demigod, was immortal, while his brother, Castor, was a mere mortal. According to legend, when Castor died in battle, Pollux asked his father, Zeus, to let his brother share in his own immortality so the twins would not have to be separated. Zeus responded by transforming the pair into the constellation Gemini, and placing them in the heavens for all eternity.

Many other myths surround the brothers, who were brave and heroic adventurers, as well as troublemakers. In Greek, they are collectively known as the Dioscuri.

Hand-pressed white tea, ginger, and green clover make an intoxicating yet richly satisfying blend that leaves your skin satin soft. It’s vegan and made in the USA. Click to purchase Gemini soap for the Gemini in your life.

I am a Gemini (June 1st) with 2 others in my family. My oldest son is (June 16th) My 3yr. old grandson born May 22 one of daughter in laws says he’s aTaurus born on the cusps But if you could see this little guy, you know he’s Gemini through & through. My late mom in law was too (June 9th) which drove my Virgo husband crazy 🙂

So what is the deal with my birth date being on
June 21 what’s my zodiac to be sure once and for all? ♊ I say but you can enlighten me further on this.
Thanks

I am a Gemini also June 5th, And Everything said pertaining to a Gemini Is Me! It can be crazy at times indeed 🙂 but Its all good!

Hi i am a gemini.before i dont understand my self or dont undrestand who am i.i felt always theres a lot of things in my mind or in my personality.that unsolved
untill i reach of 39year old and i start browes my zodiac and click lots of story as i read a many character of being gemini born may 29 and also these almanac explanation.and i begin to understand my self completely…and feel exactly amazing because all of they am said in astrology.or zodiac.elements i carefully read and trying to understanding it! So now i found an answer the question to my mind …….of being me…….thanks

I’m a Leo, and have lived with my Gemini husband for 33 years. It has been a wild ride, but interesting. Keeps me on my toes most of the time. You don’t know communication till you have been around a Gemini. They hardly pause to take a breath. I could go on and on. I also seem to attract Geminis like a magnet. Not sure why that is.

I’m a Gemini and over the past few years have noticed I’m very down in the month of September.

i’m a gemini too..i really keep on talking and talking with diffrent kinds of people and they also love being with me..they admire me of my being frank and i hate liers too much..i absolutely don’t like things that are being kept for ages i just throw them around.well as i read this almanac i can say is that is it really true based on my characteristics so far..

I have observed that Gemini often have two very complex sides to their personality. As an Aquarian I find myself drawn to them and extremely easy to get with along with them.
My fiancÃ©e is a Gemini. It took me a while but I finally found the other side to her personality. I am not complaining but because having two sides to her personality makes her more interesting.

Well I’m a Gemini my self and my son as well.
I noticed that a Female Gemini are very different than a Male Gemini.
Boys are VERY moody and more negative when they are an adult. They love to read and be alone for hours with their Mind away from Earth.,but always looking for more and more information about anything.
Boys are very FUNNY and very SWEET.
Girls are extremely energetic, they never stop talking or moving around, or asking question each minute .
Both sex are very friendly and communicative . They are very happy and always they look like a little child- Gemini ‘s heart is always young but if something goes wrong or somebody will hurt them either Boys or Girls Gemini will changed their caracter very fast and they can be sad and depressed and isolated for days. They will never forgot and they will be away from those people.
Gemini people are very sensitive and very honest . For Gemini people is never enough an answer they are always asking or looking for more information till they get bored and jump to the next topic =)

My son is a Gemini and I truly believe what the zodiac says about the sign. My son is all of that. He’s quite a character!

Hah hah! I’m a gemini myself, and I have to say when I’m not being lazy, I do have a high energy amount. I can play sports for hours while people elsewhere get tired!
I’m also always willing to learn, and my questions never cease to be asked. <3

But, here's a question for you:
I had always heard that there was simply a star called Gemini. There's no constellation associated with it.. Just an AMAZINGLY bright star. Is this true?

Absolutely, II is one of the most delightful types in the zodiac. The only trouble being that there are too FEW of them. Since they are fairly content as rolling stones, at least we can enjoy II in Newark before he leaves for Austin. If you are a rarity, you have to spread yourself. Like royal visitations.

Serving stuffing at your holiday table? Break out the muffin tins! Create single serving "stuffin' muffins" that have lots of crispy edges. Perfect for the kids' table, plus they're easy to store and reheat.
More hints & tips 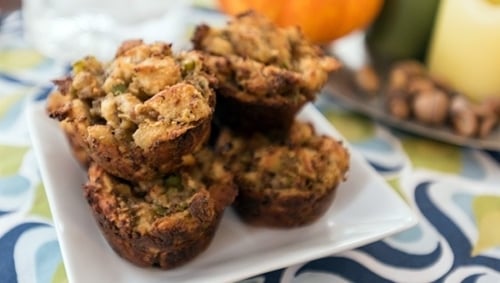