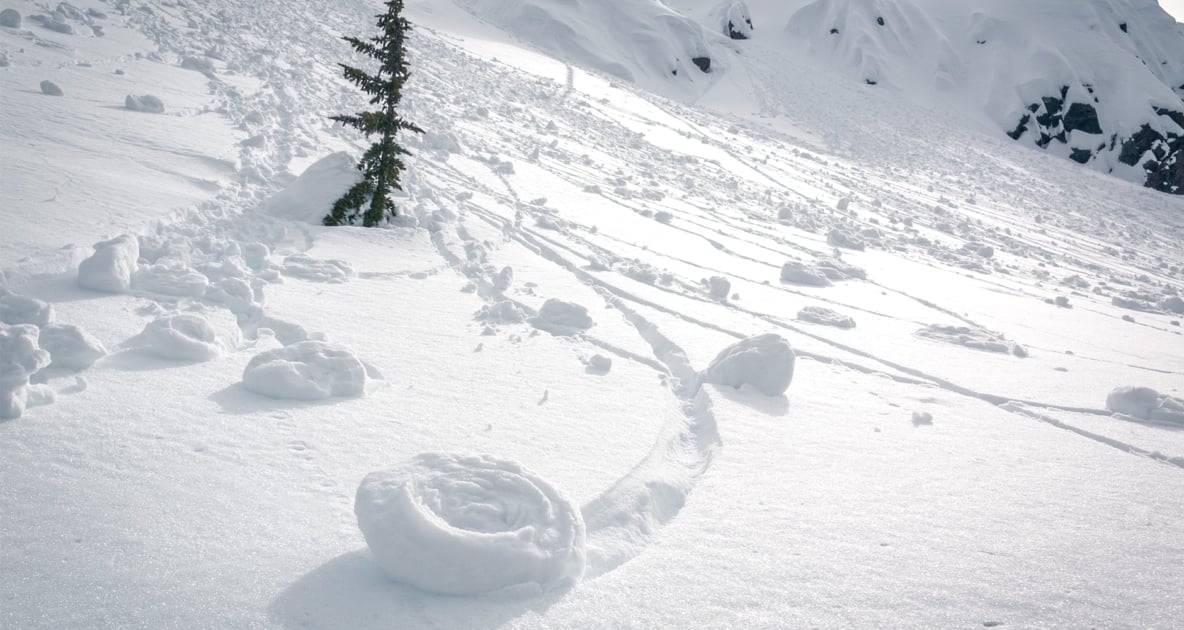 Most people have experienced some type of unusual weather event—hot temperatures in the middle of winter, freak summer storms, and other unusual events. But have you ever seen glowing clouds, mysterious balls of light, fish raining from the sky, or snowballs that roll by themselves? It might seem unbelievable, but while the following five weather events are incredibly rare, they are all very real.

For decades, ball lightning belonged to the realm of myth. However, surveys show that as many as one in 30 people has seen strange, glowing balls that hover, dance along the ground or even float through walls. In 1963, ball lightning became more than a myth when scientists who were flying from New York to Washington D.C. witnessed a bright orb that drifted down the aisle of their plane and vanished through the tail section. Scientists still aren’t certain what causes ball lightning, but it appears most often during thunderstorms. The fireballs range from golf-ball sized, to several yards in diameter. The most popular scientific theories say that ball lightning is caused by burning silicates released from the soil after a lightning strike.

If you’ve ever seen a snow-covered field that seemed to be growing snowmen all by itself, then you’ve seen a rare winter weather phenomenon. Snow rollers – often called “snow bales” or “wind snowballs” – form when wet snow falls on a previous layer of crusty, frozen snow. If high winds pick up as the wet snow falls, the wind will push the new snow until it forms snowballs. Most snow rollers stay under a foot in diameter, but if this phenomenon occurs on a slope, you may find some truly large snow rollers at the bottom of the hill.

Mother of pearl clouds – or nacreous clouds – are an incredibly rare and beautiful phenomenon. Unlike most other types of clouds, nacreous clouds form high in the stratosphere and they have an unusual shimmering iridescence. For the most part, these clouds form over the North and South Poles, but they’re also occasionally sighted in places like Alaska, Iceland, and other high-latitude regions.  As beautiful as these rainbow-colored clouds are, they don’t come with a silver lining. Nacreous clouds are actually the destructive result of chemical reactions caused by chlorofluorocarbons. The reaction releases chlorine gas, which is very damaging to the ozone layer.

Fire rainbows aren’t technically rainbows and they’re unrelated to fire, but they’re beautiful nonetheless. These rainbows (known as circumhorizontal arcs) form when the sun shines through thin cirrus clouds that are filled with ice crystals. It doesn’t take just any ice crystals to form these rainbows, either. The crystals must have a hexagonal shape so that they refract light into a myriad of colors. To see a fire rainbow, look between the sun and the horizon line. Fire rainbows are always parallel to the horizon, and they only form when the sun is high in the sky. The best time to glimpse a fire rainbow is around midday.

Fish rains (and other non-aqueous rains) are so rare that most people assume these events are nothing more than folklore. However, fish rains—and frog, lizard and bird rains—do happen occasionally. One of the most recent fish rains happened in 2010 over the small village of Lajamanu in Australia. Residents were stunned as thousands of spangled perch pounded their community. In 1957, frogs, fish, and crayfish rained down near Thomasville, Alabama, and residents in Lynn Haven, Florida experienced a rain of crabs in 2013.  Scientists believe that these weird rains are caused by tornados and waterspouts that suck up small animals, debris and water. Most of these rains happen near to where the tornado occurred, but sometimes the animals or objects can travel for hundreds of miles before falling to the ground.

Strange weather events can be beautiful, dangerous or a mixture of the two, but one thing is always certain: Wherever you live in the world, there is a chance that you’ll be able to experience some of these unusual phenomena yourself. Keep your eyes peeled!

Check out our other story, 8 Weird But Real Weather Terms here!  And check out our glossary of weather terms.

I’ve seen Ball Lightning. It seemed like I was watching a game of Missile Command play out in the sky for real. Perfect balls would appear, then fade away, some on top of each other. The weird thing was, it was silent. Like a weird light show.

Bradley, Wow! I bet that was amazing to see!

Amber,
I enjoyed your informative, well written article on weather phenomena. As a student of history, I read with great interest how God has used weather events to act for, and against mankind.
Personally, I and five children once witnessed a ball of blue light fly through our living room during a thunderstorm after a lightning strike. Lightning struck a tree and a six foot diameter satellite dish in our yard. The lightning travelled through the underground cable into the television causing all glass inside the t.v. to shatter and fall inside the t.v. A small blue ball sailed out of the t.v. and flew across the room over our heads. All this happened in milliseconds. We were still yelling and ducking when it was done. We did not know where the blue ball went. The following week I was dusting two shadow boxes which held gold covered Inca indian animal replicas. I noticed the nose of the frog and the beak of the bird were annealed. They had turned blue in color. I realized the blue lightning ball split and hit both pieces at their protruding points. I took the pieces down. I figured God still does not like idols.
I can send you photos of the replicas if you are interested.

Is ball lightning mistaken for UFO’s?

Hi Carol, we would imagine so! People see “UFOs” just about everywhere! Including bright planets!

I’m glad to have found this article. I too witnessed a lightning ball and have heard others report seeing them throughout my life. I was about ten and at my grandparents’ house where severe thunderstorms were a regular evening event in the summer. This one had especially heavy rain and lightning so we cut the TV off and it was frightening to me to hear the deafening thunder. All of a sudden my grandmother hollered that water was coming in under the door! My Papa jumped up and got a couple of big brooms and ran for the door. He opened the door and he and my Mama were sweeping water out of the door as hard as they could go when a HUGE clap of thunder hit and the lights went out and me and my Mama screamed and all of a sudden a ball of fire about a foot and a half around rolled in the door right past my grandmother and into the room about six feet (about as far as the water had come) then turned and rolled back out! It didn’t hurt my grandmother or my Papa but scared the teetotal dickens out of us all. I’ve only seen that one fireball in my life but it was certainly an unforgettable experience.

Wow, Trish, that’s an incredible story! Thank you for sharing.

I live East Milaca, MN. Having alot of trouble with TV reception. I heard it was due to the moon being close to the earth. Is that true and how long will this last?

Thank you for proving I wasn’t imagining things! I saw what I saw! My step-mother and siblings, didn’t believe me, they thought I imagined or dreamed what I saw. It scared me though, when a ball of light came through our bedroom window upstairs and went through the floor! It was during a thunderstorm. I was only about 13 yrs. old. I saw, what I saw and no one believed me! I really never had heard of such a thing happening, until now! I wasn’t imagining it!

Constance Heyerman: glad we could help!

So, can we dare assume that the term, “it’s raining cats and dogs” is a real possibility?

Protect Your Clothes from Moths