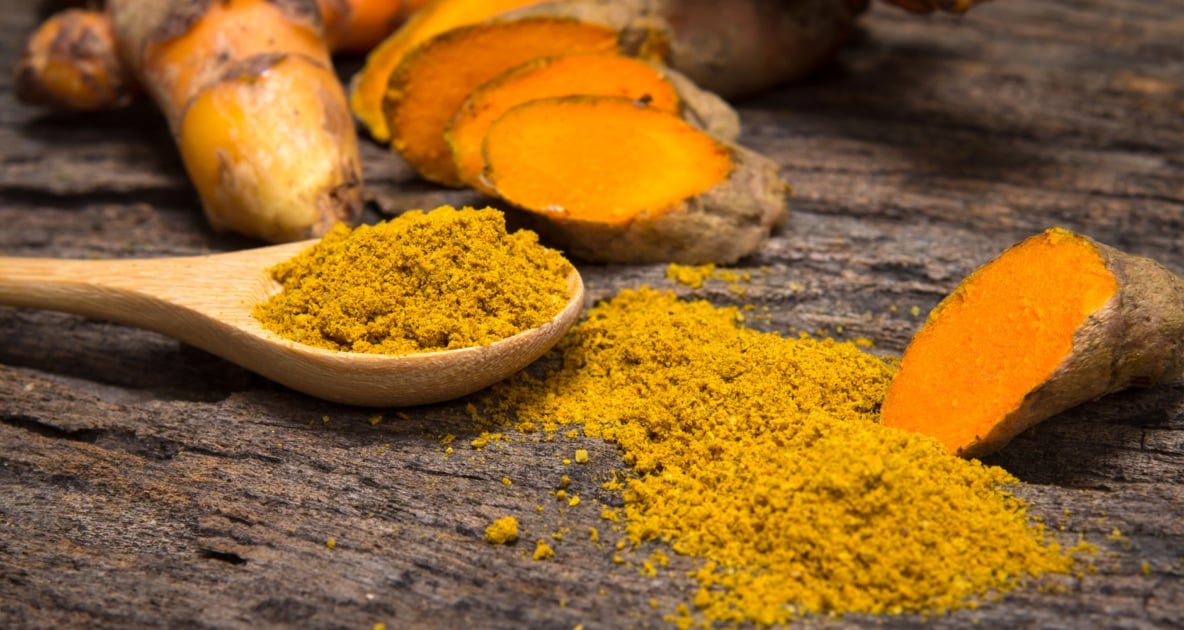 You may know turmeric as a common spice in many ethnic cuisines (it’s what gives Indian curries their bright yellow color), but you may not know that this versatile south Asian botanical, Curcuma longa, has been revered for thousands of years for its medicinal properties.

Turmeric comes from the roots of a perennial herbaceous plant related to the ginger family. Its beautiful gold-yellow color was first used to dye fabrics and today, while a widely known spice, it is used as a safe coloring for many food and beverages including cheese, popcorn, orange and lemon drinks, cakes, cereals, relishes, pickles, mustard, canned broths, gelatins, and more. It’s even added to various cooking oils to increase their shelf life because of turmeric’s antioxidant properties.

The Healing Powers of Turmeric

Turmeric has been an integral part of oriental and Ayurvedic (“whole body”) medicine for centuries. More than 6,000 studies conducted on turmeric and its active component, curcumin, reveal that it has vast healing properties. Check out this list of 7 amazing health benefits of this spice:

Ways to Use Turmeric

The extract should be certified and organically grown. It can be taken with water or in a spoon of coconut oil or honey between meals.

To reap the vast health benefits of turmeric, you’ll want to incorporate it frequently into your meals. Toss a dash of organic, ground turmeric into scrambled or deviled eggs, salad dressings, cream sauces, noodles, gravy, soup, rice, pickles, and chicken and fish entrees. Ground or freshly grated turmeric root can be added to herbal teas or blender beverages.

Turmeric is best absorbed by the body when fat is added (like coconut oil). Additionally, black pepper (as seen in the recipe, below) also increases turmeric’s bioavailability thanks to piperine, a compound that gives black pepper its pungency. (Why does black pepper work? Because one of the ways our liver gets rid of foreign substances is by making them water soluble so they can be more easily excreted. But piperine inhibits that process, allowing for more absorption. Even just a pinch of black pepper does the job!).

Try warming up with this healing drink which incorporates all the goodness of turmeric into one lightly-spiced delicious beverage.

In addition having a comforting ritual of drinking something warm before bed, this warm and cozy golden milk latte can help you relax so you can get to sleep.

Whisk milk, cinnamon stick, turmeric, ginger, honey, coconut oil, peppercorns in a small saucepan; bring to a low boil. Reduce heat and simmer until flavors have melded, about 10 minutes. Strain through a fine-mesh sieve into mugs and sprinkle with ground cinnamon. Serves 2.

Learn more about turmeric and four other spices that heal…

Any curtains medicine that you should not take with it.

Turmeric is not suitable for those readers who take blood thinners ie: Coumadin (warfarin) . The combination can cause potentially life threatening bleeding.

In order for turmeric to be bioavailable to the body ( for humans and dogs, horses, etc) it needs to be heated to release the starches. Golden paste is the best. Check out Doug English vet from Australia, for the recipe. It’s literally a miracle food!

Will turmeric help with the mac bug a lung infection .

A note to my previous post…..This is a liquid capsule. The label says: “Solgar has transformed poorly absorbed curcumin from a fat-soluble to a water-soluble phytonutrient making it immediately body ready, faster absorbed, and more active than ever before. It is so advanced, just 40mg of curcumin in one softgel delivers the equivalency of nearly 75 (100mg) capsules of standardized curcumin extract.” It provides total curcuminoids 48mg + Curcumin 40mg per lable. Like I said, it works for us and we are pleased to have found such a good quality product. Hope this is helpful.

Margaret, my husband and I have been using Full Spectrum Curcummin by Solgar. We have joint issues and this brand has been very helpful to us. I had a thumb that I could not bend 100% and it clicked and stopped at the first joint. After a week it started to get better and I have had no problem or pain with any of my joints since we started taking it. I highly recommend it. It is not cheap, but the old saying goes “you get what you pay for”. Good luck.

Could someone recommend a reputable brand of/for liquid turmeric? I have read that one must take at least 1000mg per day,and has to be at least 95% curcumin
Thank you.I would appreciate the help since many in the health field are not open to products they don’t sell!

After taking Ibuprofen to relieve pain from arthritis for many years, I am taking three 1500mg Tumeric Curcumin tablets per day and that replaces the Ibuprofen very well.

Thank you. I keep forgetting to use it and I have plenty on hand.
I appreciate the reminder – and that recipe! 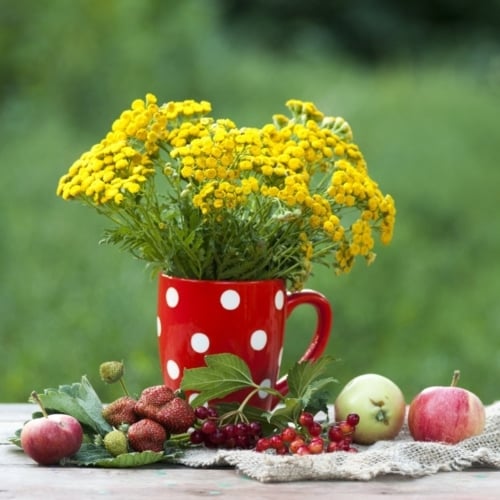