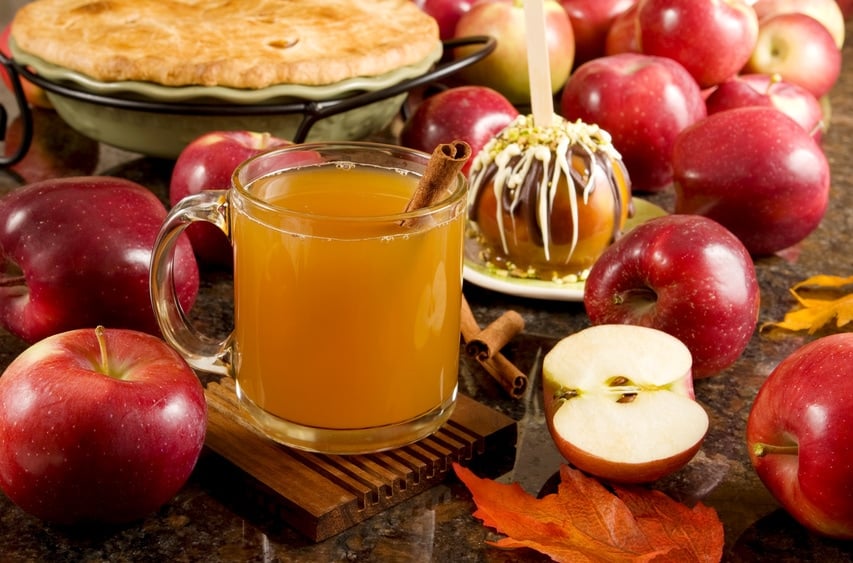 Mention apple cider and it conjures up images of curling up by the fireplace on a cold autumn evening. It’s one of the pure joys of fall, right alongside apple picking, colorful leaves, fuzzy sweaters, and warm apple desserts. Apple cider is much more than a seasonal beverage—for many families, it is a treasured tradition. Hot or cold, spiced or plain, apple cider is a treat for all the senses. Here’s everything you’ve always wanted to know about this tangy autumn delight!

What is Apple Cider?

In many parts of the world, “cider” indicates a fermented beverage, but in the US and most of Canada, cider normally refers to an unfermented, unfiltered, sometimes unpasteurized form of apple juice. Unlike clear, sweet apple juice, apple cider is cloudy and more tart. Mulled cider is apple cider mixed with spices such as cinnamon, nutmeg, and cloves and served warm.

Make your own mulling spice mix!

How is Apple Cider Made?

Cider mills are popular destinations for agritourists seeking out the season’s freshest apple cider, cider doughnuts (yes, the batter contains cider!), and apples fresh from the orchard. Apple cider is typically made from a blend of different types of apples to give the beverage a more balanced flavor of sweet and tart. Apples are first ground into a pulp, then pressed to extract the juice. The juice quickly oxidizes, giving the cider its deep amber color. Apple cider is typically made in the cooler months because hot weather hastens fermentation.

Are there health benefits to drinking apple cider? Absolutely! Because apple cider comes straight from the pressed fruit, you get many of the polyphenols (plant-based micronutrients and antioxidants) present in fresh apples which are excellent for heart health.

Apple cider is also a tasty drink that can help you stay hydrated. It helps alleviate constipation and the symptoms associated with IBS thanks to its pectin content. And all those polyphenols are great at chasing away free radicals which cause cell damage.

Hard cider has had an interesting history. It’s hard to imagine, but hard cider was America’s go-to, most popular alcoholic beverage. So you may be wondering, why did it fall out of favor? While it’s making a strong comeback, with craft cideries popping up everywhere these days, it had taken a back seat to beer for many decades and almost completely disappeared. But why?

Historians cite the Temperance Movement as the reason for hard cider’s decline. The Temperance Movement was an organized effort in the early 1900s to limit or outlaw the consumption and production of alcoholic beverages in the United States. Advocates promoted moderation and encouraged Americans to reduce the amount of alcohol they consumed.

Staunch supporters of the movement targeted the cider industry. Because cider was so cheap to make and plentiful, it was deemed a major contributor to the problem of excess. Soon, apple orchards were being burned to the ground by angry activists, destroying nearly all of them.

Applejack is distilled apple cider, made even “harder” into a spirit. While hard cider contains about 4% – 6% alcohol, applejack contains as much as 30% alcohol or 60 proof.

See how hard cider is made in the video below!

Apple cider is a popular beverage but it’s also great for cooking. Use apple cider to moisten stuffing for turkey or chicken or to baste baked apples. It can also be boiled into a syrupy glaze for cakes.

Here are some additional recipe ideas to get you started. 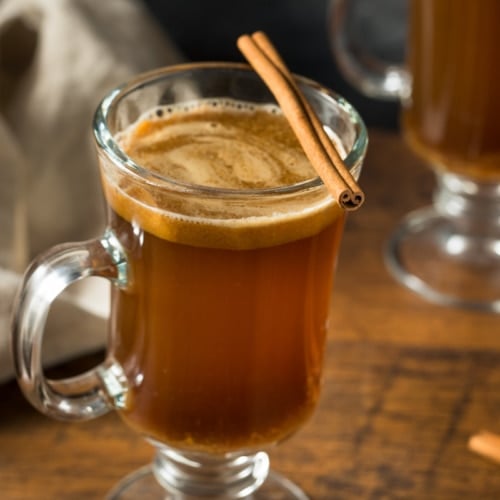 Butter mixture can be stored in an airtight container in the refrigerator for up to 2 weeks. Bring to room temperature before serving.
Keyword Buttered Apple Cider Recipe, hot buttered apple cider
Tried this recipe?Let us know how it was! 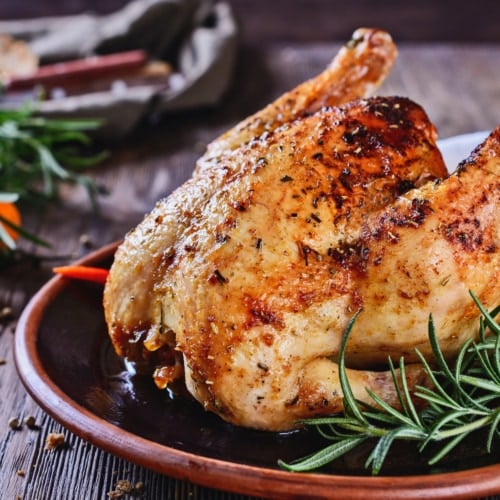 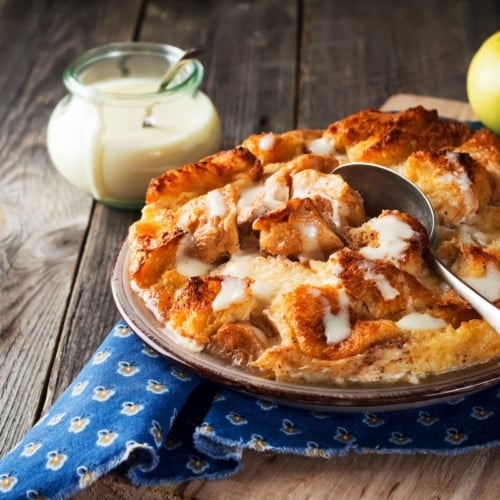 Use apple cider to moisten stuffing! Check out this tip.

With contributions from writer Dondra Vaughn.

Several years ago my hubby & I planted 5 apple trees of different varieties…….we had two trees no make it but, the others thrived. Last year we got one bushel of beautiful apples! This was really good for a first crop we thought….this year we were blessed with two bushels! I made up sacks & gave to neighbors and we enjoyed several pies, cobblers & two pans of baked apples! They were delicious and really a treat…..the last ones on the trees a neighbor came & picked while we were on vacation. They came in late July & mid August. Next year I plan to slice up a few bags & freeze them to enjoy in the Winter. Great articles as I enjoy drinking lots of apple juice & ciders in the fall.

What are the best apples to use for these recipes?

What are the best apples to use for making these recipes?

Overcooked hard boiled egg yolks are green and unappetizing! To get perfect results every time, cover eggs in plenty of cold water and bring to a rapid boil for one minute. Remove from heat, cover, and let stand for 15 minutes. Rinse in cold water and peel while still warm.
More hints & tips 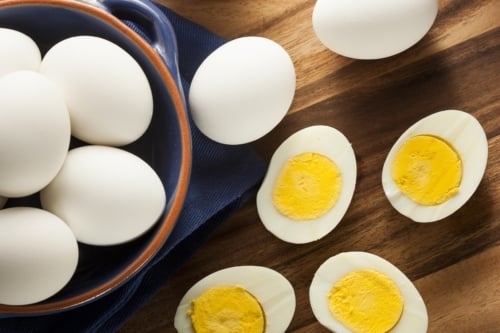