Wreaths, garland, trees, and more. Decking the halls with fragrant, fresh-cut evergreens is a beloved holiday tradition. But one piece of decor that lost popularity over the years is the vintage kissing ball.

What are kissing balls?

Kissing balls, or Christmas Kissing balls, are round clusters of greenery, made by tying together evergreen branches (such as ivy, holly, and pine) with twine. Traditionally, a figurine of the infant Jesus was nestled in the ball’s center. These “holy boughs” were then hung from entryways and doorways within the home, so that everyone who passed underneath would be gifted with blessings and good tidings.

While the holy bough has been around since the Middle Ages in Europe, it lost popularity several times in history, including in the 17th century, as a result of growing Puritanism. The Puritans, who were devout Christians, banned holy boughs because they believed the Bible didn’t instruct the faithful to celebrate Christmas, and because evergreen decorations were tied to pagan rather than Christian customs.

Holy boughs came back into fashion in the Victorian era, but with a twist: evergreen sprigs were woven around a potato or apple core instead of the Christ Child. In addition to evergreens, fragrant herbs were also included in this new design. Many of these plants, including lavender, rosemary, thyme, and mistletoe, symbolized love and devotion—hence why the decorations came to be called “kissing” balls.

It then became custom for unmarried maidens to line up and await the chance to stand beneath a kissing ball in the hope of getting a smooch from potential suitors.

When standing under a kissing ball of holly or mistletoe, it was also customary for those receiving a kiss to pluck a berry from the plant. When all the berries were gone, no more kisses were to be given.

Eventually, mistletoe, which symbolizes love and fertility, replaced all other types of greenery found in kissing balls. The fact that mistletoe naturally grows in ball-shaped clumps is coincidental. At the same time, it became the traditional symbol of holiday affection that we know today.

While holiday kissing balls may harken back to Christmases of old, they’re still as festive as ever. Today, both fresh and artificial kissing balls exist, and they’re adorned with everything from bows and ribbons to fairy lights.

Do you decorate with Kissing balls? Let us know if you plan to include them in this year’s Christmas décor!

PS….Wire or twine wrapped around middle of potato is left with a length for hanging with…

Kissing balls or boughs are easy peasy to make. Find your biggest and best Irish Potato..(arsh tater)…Gather your greenery from your yard, woodland, etc. First, wrap a wire or twine tight around the middle of the tater! Next, start cutting pieces of pine, balsam, mistletoe, hedgerow, etc..Try to angle it into a sharp a point as possible…Start pushing the pieces all around evenly into your potato…Use a ice pick if you need to make the hole before pushing the branch on into the potato…Check it all around and make sure it has no empty spots…Tie a ribbon bow and let hang down…The potato will serve as moisture for the branches and keep it fresh…At the end of the season, you can take the wire or twine off, bow and then drop the whole tater kissing ball in the compost…I sometimes change it up and put little bows on sticks pushed around too..These are really beautiful and any amateur artist/craft person can make one…I actually used to sell these quickly…LOL

Susan Higgins
Reply to  b. Ruth

Great info, thank you, b Ruth!

We hang up two kissing boughs every year! 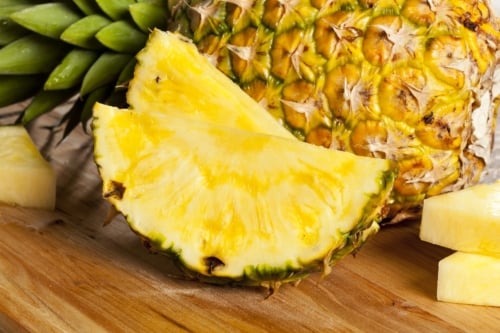