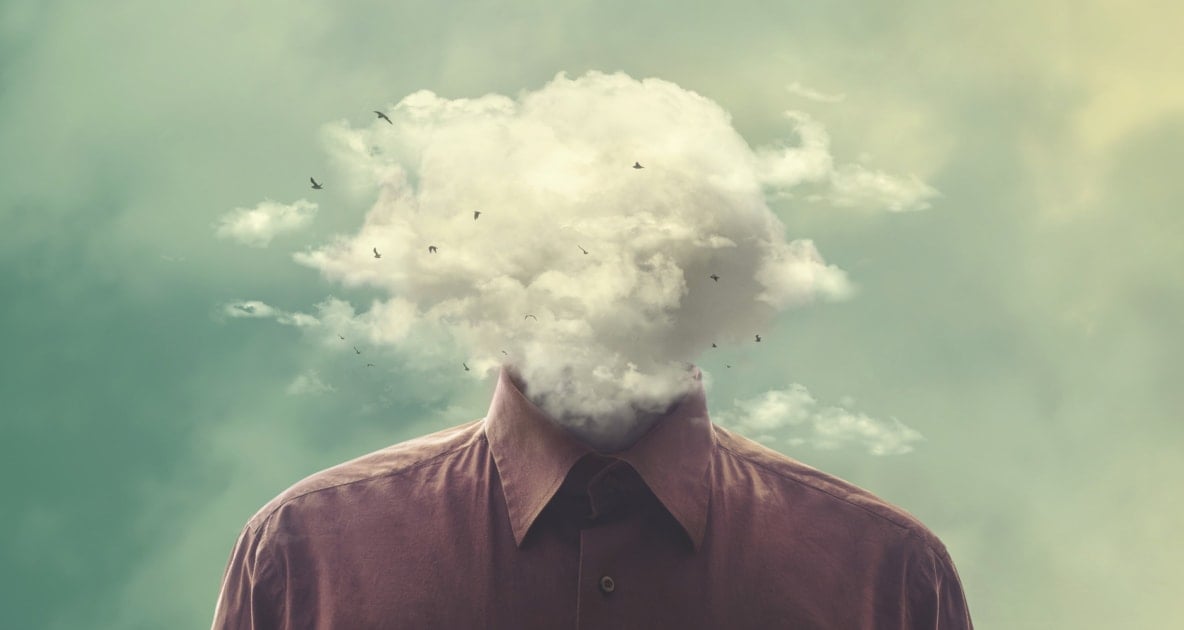 As many of us learned in school, there are 10 basic kinds of clouds: Cirrus, Cirrocumulus, Cirrostratus, Altocumulus, Altostratus, Nimbostratus, Cumulus, Cumulonimbus, Stratocumulus, and Stratus. In the past, we’ve offered guides to how astute weather watchers can use those basic cloud shapes to predict the weather. But every so often, Mother Nature throws a curveball. Some types of clouds just don’t seem to fit neatly into any of these categories, while others are just downright unusual. Here’s a quick guide to some of the most eye-catching and bizarre cloud formations out there, how they form, and what they might mean.

Anvil clouds are a subtype of cumulonimbus clouds that form a flat, anvil-shaped top. These are powerful thunderstorm clouds that can form dangerous supercell storms.

This is the name for clouds with a repeating shape at the edges, similar to cresting ocean waves. They form when two layers of air move past each other at different speeds, creating instability at the boundary between the two. Parts of this boundary move up and parts move down, just like actual waves.

Also known as a hole punch cloud, a fallstreak hole is a large round gap in a cloud formation. The hole is caused when water vapor that is below freezing temperature has not yet formed into ice. Surrounding droplets evaporate, leaving an empty ring around an area of clouds.

Lenticular clouds are saucer-shaped clouds that form due to the motion of oscillating air. This phenomenon usually happens above or near mountain ranges, which cause disturbances in airflow patterns.

Mammatus clouds are formations that feature a large number of pendulous bumps that droop downward, resembling a series of smooth pouches hanging from the sky. Most puffy cumulous clouds puff out upward. But, because of evaporation, pockets of negative buoyancy form, forcing these clouds to puff downward instead.

Roll clouds are a type of arcus cloud, low, horizontal cloud formations. Roll clouds are very rare. They are long and appear to be perfectly cylindrical. They are caused by the circulation of air, usually along the coast. When roll clouds are particularly long, they are sometimes referred to as Morning Glory clouds. These clouds are extremely rare, appearing mostly in Cape York Peninsula, in a remote part of Australia, due to the peninsula’s unique geological shape.

Shelf clouds are another type of arcus cloud, which appear massive and flat on the bottom. Shelf clouds are usually attached to a larger, or parent, cloud, often as the leading edge of a storm. They are formed by cool air from a storm’s downdraft sinking and forcing warmer air upward.

These clouds look like violent ocean waves. They form when warm and cold air meet, creating turbulence. Despite their ominous appearance, these clouds do not usually signal inclement weather. Read more about asperitas clouds here.

Have you seen any of these types of clouds? Share your pictures with us on our Facebook page!

Here is another one.

Hey Joan, the pictures don’t seem to be coming through, send them to [email protected]

Anvil Clouds are interesting, rarely will you see them in large cities maybe more out where the plains meet the mountain ridges. when these vapors of the warm winds reach the cool air of the mountain ridge; becomes dense causing it bellow as lets say smoke would, when it is moving through the atmosphere. These super-cell storms…I see them as the cloud, of all it make up of molecules, as before moving through these different atmospheres and when it is doing this generates static friction with the different molecules in the air space…I don’t know I just like clouds that all, thank you for listening

Apart from chemtrails, which happen to have a specific type of formation, we should do a search for scalar weapons. These may have something to do with these most unusual formations. Anything new that occurs can always be given a name plus some sort of explanation. What’s in a name. It’s about time we have the truth.

I like the photos, very interesting. My husband was interested in chem trails and cloud busting stuff, but these photos are so erie that they scare me a bit. (Sorry for the misspell)

Thank you for the scientific explanation on how these clouds are formed. The fact they are more commonly seen in recent years are indicative of geoengineering and weather modification using aluminum and barium based aerosol delivered from jet planes in conjunction with HAARP as well as other devices around the world. This is worth mentioning to the people. There was a geoengineering bill that was passed a few years ago now that is popularly unknown but remains public information. Please refer to that bill for the scientific information I am referring to regarding “geoengineering”. A simple internet search for the bill itself should illuminate the topic further for anyone who is interested.

So, how can we tell the difference between man-made clouds and natural ones? I notice the planes spraying them all the time, and I also notice that they burn my nose, eyes, and skin, unlike the natural clouds. I do wish that we could start to be told the truth about this, but it doesn’t seem to be happening.

Two cloud formations that really impressed me were Mammatus clouds & Lenticular clouds. After my friends & I chased a super cell thunder storm, we were stunned observing mammatus clouds for about 25 miles on our return trip from the chase. When I visited out west, I had my one & only view of a Lenticular cloud. It was impressive!

Are the pictures on a “pay for “site such as I stock or personal photos.

a.hillman – These are all either public domain or Creative Commons photos. No one on our staff took them. Some of them only happen rarely, and/or in remote parts of the world.

I agree, your never explained what the clouds (in picture post) mean..what type of weather is coming. The rest is informative. Thank you

You never said anything about these new cloud formations being caused from the chemtrails that is going on periodically in our skies. People need to be told the truth.

Susan Higgins
Reply to  i johnson

Unusual cloud formations have been viewed since ancient times.

This was very interesting and I love the pictures! Thanks

I found the information about the clouds very interesting and it was something I didn’t know anything about. So thanks with sharing the information that any age group could learn from !

Beautiful! You just can’t find better than Mother Nature. Let us hope She survives us.

Very interesting Never knew there were so many formations

Very interesting. It would be nice, though, to have pictures of these cloud formations on your mobile site.

Jaime McLeod
Reply to  Anita B.

Anita,
It’s standard in WordPress for mobile optimized sites to only display feature images for faster load times. However, I believe we now have this sorted out, and the pics should be appearing for mobile.

So when we see these weird looking clouds , we can be glad to know that they’re a natural phenomenon, they have names, and not create by anything like “HAARP”!

Hello,
My 9yr old Grandson is totally obsessed with cloud formations and weather, do you have any pictured information that you could send to help him in this catagory

Hi Bill, There are photos for every cloud type listed here. If you are looking on a smart-phone, switch to our non-mobile site.

Photos with examples of cloud formations would be nice!

Catherine – there are photos. If you are looking on a smart-phone, switch to our non-mobile site.