Many of us born after World War II grew up without any real context for what this somewhat unsettling admonition meant. Though they were once common, especially in densely populated cities, bedbugs faded from the scene during the mid-1940s, becoming little more than legend in North America during the last 50 years of the 20th Century.

Over the last decade, though, bedbugs have begun to make a resurgence. Many city hotels and apartment buildings have seen infestations, and the numbers of cases reported have more than doubled from year to year. No one knows exactly why bedbugs have returned, but experts think that a steady increase in international travel, coupled with changes in pest management practices, are at least partly to blame.

Bedbugs are small, flat, brown, crawling insects that feed on human and animal blood. At about 4mm long, they are visible to the naked eye, but tend to shy away from bright light, hiding in tiny cracks and crevices along walls and in bedding. They come out to feed at night, drawn by the carbon dioxide we breathe out when we’re sleeping, usually in the hours just before dawn. Like mosquitoes or fleas, bedbugs leave behind itchy welts where they feed.

Unless an infestation is severe, many people never even know they have bedbugs for houseguests. Their bites show up on only about half of all people, and even when they do, many victims mistake them for mosquito bites. Even if you suspect you may have bedbugs, their retiring nature makes it hard to prove. It can take several hours for even a trained exterminator to detect a bedbug invasion.

Luckily, a researcher at Rutgers University in New Brunswick, N.J., recently invented a simple bedbug-detecting device you can make at home for less than $20. All you need is an insulated 1/3-gallon water jug, 2.5 pounds of dry ice pellets, a plastic cat food dish, a little talcum powder, and a piece of paper.

Place the dry ice into the jug. Place the cap on the lid loosely, without closing it completely, and stand the jug upright inside the cat food dish. Sprinkle the talcum powder lightly around the inside of the cat food dish, and use the piece of paper to create a ramp from the floor to the edge of the dish

The carbon dioxide from the dry ice will slowly begin to leak out of the jug, attracting the bugs to its smell. The bedbugs will climb up the paper ramp to get to the bait, then fall into the cat food dish, where the slippery talcum powder will prevent them from escaping.

Once you’ve used this method to verify a bedbug infestation, you’ll still need to call in a professional to get rid of them. 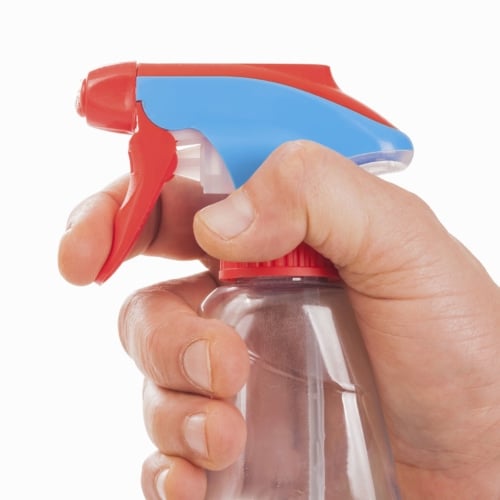