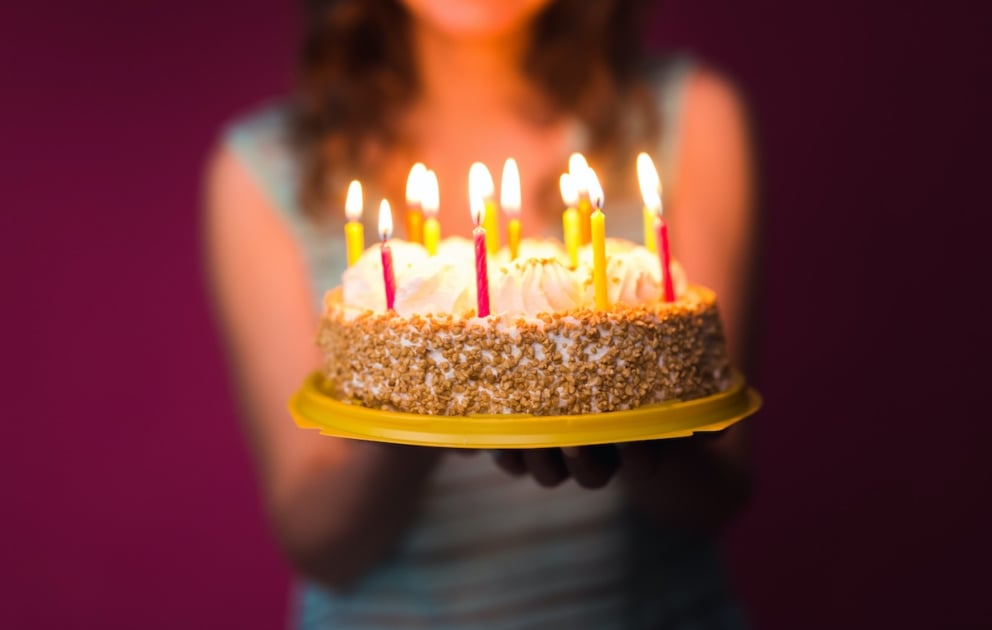 Ever stop to think why we celebrate our birthdays, and how the cake and ice cream, singing, parties, gifting, and rites of passage in which we participate came to be?

Why  Do We Have Cake & Candles?

Said to be rooted in ancient Egypt and tied to coronations (which automatically made a mere mortal into a god), the Greeks later expanded upon the celebration theme by placing candles on moon-shaped honey cakes made for the lunar goddess Artemis. Lighted candles signaled a prayer was being sent. Some subscribe to a German origin for birthday candles, however, as one would be placed in the middle of bread or cake baked into the shape of baby Jesus, symbolizing the light of life.

As for blowing out the candles, the Greeks believed rising smoke took one’s prayers and wishes up to the sky, where the gods lived. In Europe, birthday candles were often kept burning all day both to celebrate and ward off evil spirits.

Early Christians considered birthday acknowledgments pagan in nature, as people were born in original sin, until the birth of Jesus, of course. In Medieval times, common Christians celebrated their individual saint’s days – as they may have been named after one – though if you came from privilege, you celebrated your actual birthday.

Let’s Have A Party!

Birthday parties as a tradition are said to have evolved centuries ago in Europe, where superstition proffered evil spirits were particularly attracted to people on their birthdays. Friends would be sure to visit, revel, extend good wishes, laugh a lot, and surely make a lot of noise – all to scare off any evil that may be lurking about.

In Judaism, a boy’s bar mitzvah, or rite of passage into adulthood, coincides with his 13th birthday, with a girl’s bat mitzvah (a relatively modern practice of the past 50 years) takes place when she turns either 12 or 13.

In lieu of a 12th or 13th birthday, India’s Hindu Brahmin males have a grand thread ceremony called Upanayana. There, the celebrant takes a blessed thread and wears it, symbolizing his coming of age. Also in India, a child’s head is shaved on his or her first birthday, while being held close to a special fire. The ritual is said to cleanse the baby of any evil in past lives, symbolizing a renewal of the soul.

In China, a newborn is considered age one, as the use of zeros in calculating age is not practiced. In that manner, a 12-month-old is age two.

In the annals of birthday history, the Germans are credited with initiating the acknowledgment of a child’s birthday, called kinderfeste – meaning children and festival or party.

As for celebrating with one of the most sung songs in history, sisters Mildred and Patty Hill, who grew up in the progressive education movement of the late 19th and early 20th centuries and very often defied the more constricting roles of women of their time, wrote and published a catchy little tune together in 1893 called Good Morning to All.

Good morning to you,

Good morning to you,

Good morning to all.

Sometime later, the lyrics were altered to create what we all know as “Happy Birthday to You.”

I still wonder who started the first birthday…but you know it seems such a natural thing to do to be glad to be alive and celebrate our time on earth. It’s sad some folks think it might be a “sin” but I’m sure loving oneself and being thankful for ones life is not, so I continue to be interested in helping others celebrate. Loved the ones who came to keep away the evil spirits! What a great reason to gather and laugh! Interesting article! Now you got me thinking. It was just handed down through the generations like a lot of things we include in our lives. I guess if one doesn’t want to celebrate their birth, they could celebrate every day…remember the song ( Alice in Wonderland, I think)…Happy Unbirthday to you!

I was wondering if the author could give me the sources for her information, as I would like to read more on this?

Hi Cassie, there are many sources on holiday origins online, as well as at your local library. Give them a call and they can provide you with some reading material.

God made us all. He put me in my mothers womb and let her carry me to term, i think that is what we celebrate now opposed to how it originated.

I agree with EAS Being a Christian is knowing what God requires. DJ look up the bible book of Matthew chapter 14, verses 6-10. It was herods b’day party that caused the beheading of John the Baptizer, friend of Jesus and a Christian. Yes we are free to believe what we want but we also need accurate knowledge of what God wants.

Actually, IF you KNOW the Bible, it was Not Herod’s Birthday party that caused the beheading of John Baptist, yes, there was a party, but, it was his mistress, his brother’s wife who was having an affair with Herod who was convicted by John B. When his mistress daughter danced for Herod, he was so pleased with her that he promised her anything up to half his kingdom! When she asked her mother what she should ask for, her mother being very bitter, told her to ask for John Baptist’s head on a charger! (Platter) 😱 Herod’s was grieved, but. Because he promised her, he commanded that it be done! 😪

Celebrations are something That God has given us he wants us to be happy and have joy he instilled that in us.He also wants us to celebrate the right way.Ask yourself.By what I just read above.If i am a true christian knowing that birthdays stem from spiritistic practices. and i celebrate it can I claim to be a true christian If you say well I celebrate it because of my family well bear in mind this scripture.Whoever has greater affection for father or mother than for me is not worthy of me; and whoever has greater affection for son or daughter than for me is not worthy of me. Also yes you have freedom to choose but you cannot slave for two masters Now since we should be like jesus in howcwe live our life do you think Jesus and his family celebrated knowing it originates with satan

As a christian, what do you require of your god? Honesty, just, loving, your very life? If you think about it, you probably have several requirements for a god that you would want to put your trust in and worship. But now stop and think, what might he require of you? We can say “I feel this way or that way…” But the real question is how does God feel about it and what does he want me to do?

To RJ: Yes I do, because I know why I celebrate. Them murdering someone (in my opinion) Has nothing to do with their birthday. I Celebrate another year on earth, with my family, and friends. It really has nothing to do with my beliefs as a Christian. Like me, You are free to believe what you want.

Two instances in the Bible concerning birthdays. Both celebrants were opposers of God,the first an Egyptian. They both ordered and saw to the murder of an innocent person. Still like the idea of celebrating your birthday as a Christian?

Thank you. Loved this information.

Lay a tarp or drop cloth over your car's windshield before a snowstorm and you won't have to scrape.
More hints & tips 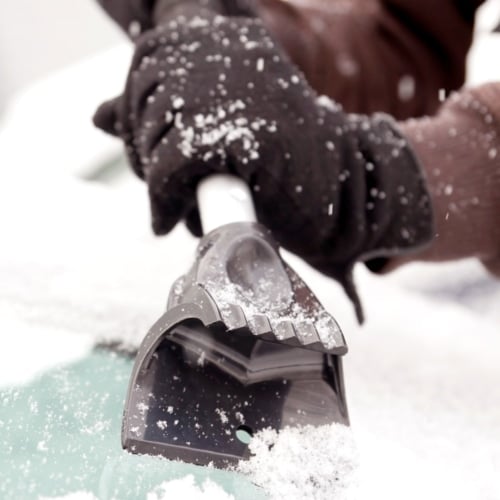