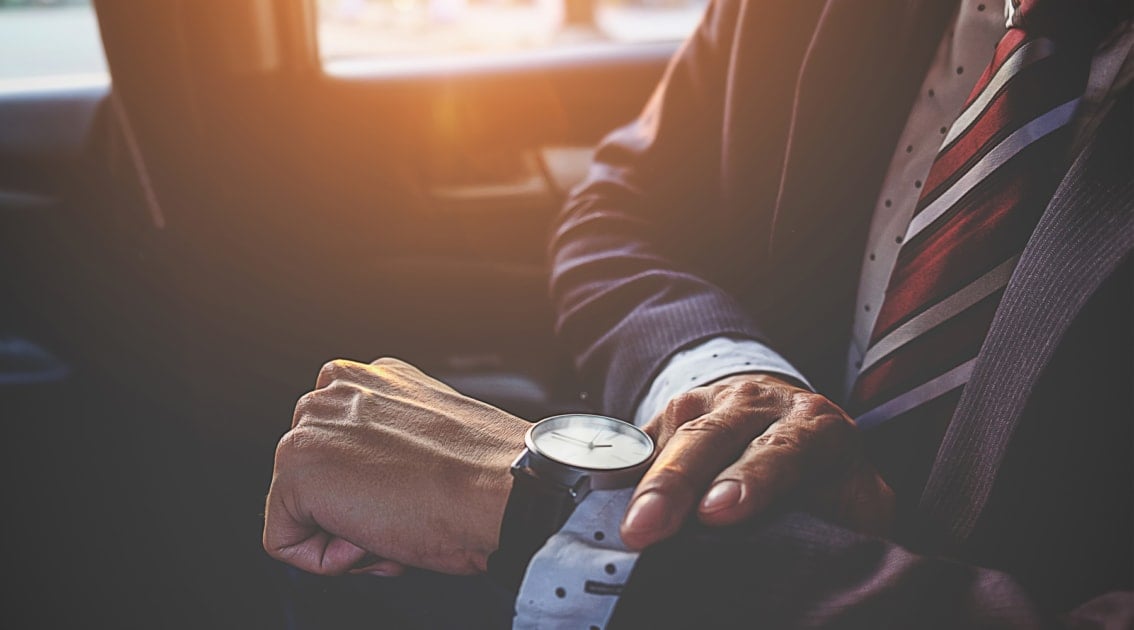 Have you noticed that the spring change to Daylight Saving Time happens earlier than you remember, or that the autumn “fall back” to Standard Time happens later than usual?

Since 2007, when the Energy Act of 2005 took effect, more than two-thirds of each year (245 days) have been in DST. Supporters of the change claim it will save the equivalent of 10,000 barrels of oil per day. But others question the accuracy of the energy-savings claim (based on US Department of Energy statistics from the early ‘70s).

Is There A Benefit to DST?

The idea behind moving the clocks twice a year is to take better advantage of the sun’s natural electricity (or light). Most of us get out of bed after the sun has risen and go to bed after it has set. But what if the sun rose and set later? When we spring forward and fall back, we’re not really “saving” time; we’re just giving up a little sun in the morning and adding it to the evening. So will we better utilize the sun’s illumination during this new-found sunlight?

Later sunsets cause people to get out and do more in the evenings. Some argue that this results in an increase in our gasoline consumption as we drive around more during the lighter evenings. And if it’s darker in the morning, doesn’t that mean more electricity will be needed to get ready for school and work?

In 1973, there was a sudden and unpredicted interruption in the supply of petroleum to the world. The result was alarming, with gas stations out of gas, long lines at the gas pumps, and people unable to use their cars. In response to “The Energy Crisis,” daylight saving time in the US was hastily begun much earlier, in both 1974 and 1975. In 1974, it started on the first Sunday of January (January 6), and in 1975 on the last Sunday of February (February 23).

It sounded like a good idea at first. The rationale was that the normally dark and dreary winter afternoons and evenings would be made a little brighter, the sun would set an hour later, and energy that might otherwise be used to light homes and offices in the late-day hours would be conserved. In addition, some believed that if we had more daylight at the end of the day, we would have fewer traffic accidents.

However, having the sun set an hour later also meant that it rose later, a side-effect that apparently did not “dawn” on many folks until after the time change went into effect. The direct result for many was unacceptably dark mornings. In 1974, some cities in the western part of their time zones, like Detroit, Michigan and Boise, Idaho, didn’t see the sun rise until after 9:00 a.m. Mothers found themselves sending children armed with flashlights off to the school bus. The experiment quickly ended and in 1976 the start of DST was returned to April.

The famed philosopher and novelist George Santayana once wrote: “Those who cannot learn from history are doomed to repeat it.” Apparently, not many lawmakers today remember the lessons of more than three decades ago.

It is not very likely that we’ll do away with daylight saving time anytime soon, but we at the Farmers’ Almanac believe we have a better method for scheduling it. If we wish to utilize DST to its fullest, the primary aim should be to capture the maximum amount of daylight without causing more morning darkness.

Civil twilight becomes an important consideration in this regard. Astronomers define civil twilight as: “That interval prior to sunrise or just after sunset in which enough sky illumination still exists (barring dense cloud cover) to carry on normal work out-of-doors.”

While the duration of civil twilight varies during the course of a year, at latitude 40º North–which is the median latitude for the contiguous U.S.–it generally starts about a half hour before sunrise and ends about a half hour after sunset. If we assume that most people arise to start their normal work or school days at 6:00 a.m., daylight saving time should be implemented when the start of civil twilight will coincide with that rising time. Sunrise (and full daylight) would then come a half hour later. Civil twilight at 5:00 a.m. standard time, or 6:00 a.m. daylight saving, occurs during the first week of April.

For example: If you look at sunrise and sunset times for Philadelphia, Pennsylvania (Latitude 39.9º N, Longitude 75.1º W) listed in Eastern Standard and Daylight Time, to take best advantage of Civil Twilight, we should “spring” ahead during the first week in April. Under the old rules, DST started from April 1 to April 7. Under the new rules, DST can now start as early as March 8 (as it will in 2015, and 2026). In 2007, it began on March 11. On April 7, bright morning twilight begins shortly after 6 a.m. daylight saving time. Conversely, on March 8, bright morning twilight does not begin until nearly 7 a.m. daylight saving time.

When Should it End?

The astronomical conditions corresponding to early April occur in the first week of September. Logically, that is when clocks should be set back one hour to standard time. However, it makes more sense for the change to occur on the second Sunday in September, so as not to conflict with the Labor Day holiday weekend.

Even under the old rules, we stayed on daylight saving time far too long. By the end of October, just prior to when we used to push the clocks back, mornings were as dark as in early January. In New York City, sunrise on October 30 comes at 7:22 a.m. EDT, compared to 7:18 a.m. EST on January 4. And now under the new rule, which prolongs daylight saving time for up to an additional week, the latest sunrises of the year for some locations will come about 10 to 20 minutes later than they do in early January!

The early November change from daylight back to standard time is an abrupt one: On the final Friday before we “fall back,” most commuters are going home in daylight. But the following Monday is wholly different as they’re driving in darkness. Regardless of when the time change is made, the hours of daylight will continue to diminish, causing evenings to get progressively darker. Civil twilight ends earlier than 6:00 p.m. (standard time) during the second week of October. If clocks are changed in early September, it would allow people to “ease in” to the darkness over a month’s time, compared to a single weekend.

What Do You Think?

The question of just when to begin and end daylight saving time is rather contentious. At the Farmers’ Almanac, we are all for ideas and methods proposed to save energy, but this new change to DST doesn’t seem to fit that purpose. There also seems to be some ambivalence in that while most people enjoy having extra daylight, they also look forward to the end of daylight saving time in the fall, when they can finally regain the hour they forfeited by advancing their clocks in the spring. We want to know what you think about once again changing DST and our proposed idea of utilizing civil twilight. Share your opinion below!

Get rid of DST forever. God makes the days longer naturally. Just look around you. The sun sets later and later each day. This is a ploy for man to play with nature, something they did not create. Leave it alone!

Just set the clock ahead 1/2 hour this year and forget the whole mess forever. I have always hated the idea of changing “time”. Man invented the clock, maybe he should reinvent it to make it better match what God has created.

Humans invented clocks, why not adjust it to better follow the natural course of the cosmos.

Get rid of DST. At the very least start in April and end it in early September. It’s completely dark when my elementary grandkids wait for the school bus. On top of that the extended daylight makes it hard for them to wind down for dinner and bed on school nights. Get up with sunrise, wind down with sunset.

The amount of stress that increases due to the change of one hour isn’t worth the gain in energy savings.

Get rid of daylight saving time, it doesn’t lengthen the day. If you want more daytime hours get up earlier. Leave the clocks alone.

Set time thirty minutes in between standard and daylight, then permanently leave it alone.

This is my preference!

Or change it to where we dont’ mess with it until after easter. and then move it in late September, give the earth a break

get rid of daylight savings time !!!

Here in Indiana we have fought with the state government and for sometime we didn’t have to change our clocks. But when the governor before last got in he insisted that we start DST again. We in Indiana would like to go back to no changing of our clocks!

I agree that DST should be completely discontinued!

I completely agree I think they need to get rid of it and just leave us on one time all year it does nothing and where I live when we Spring forward in March it doesn’t even get daylight till almost 8:00 am and in November when we fall back it’s completely dark by 6:00 pm I hate it

I find it interesting that some states in the US do not even change their clocks back or forward, Arizona being one of those states.

what time does the sun rise on Easter SSuday Morning. EST,ordered my almanac in Sept. or Oct. 2012 for 2013 now i have misplaced it. This is the northwest Ga. time for sunrise.

Pat Chastain – About 6:48 a.m. – that’s a general time for southern states, and not your specific local time. You can find that online with a Google search and your Zip Code.

I agree, the shock stinks. I say Dump DST. Early to bed, early to rise makes a man healthy, wealthy and wise. Want to enjoy the outdoors, start your day earlier! If the sun’s up at 5am and I’m at work between 6 and 7am, then I get home with the plenty of time to play. And it’s easier to get kids and their mom and dad in bed at a reasonable time when it’s not light out till 9pm. Or maybe schools and businesses could compensate and start an hour later during DST.

I think it should be DST all the time… no switching back and forth. I like the later time during the summer and hate the earlier dark time in winter.

I like daylight savings, but for more the opposite reason. If we decided not to spring forward, then during the summer months the sun would be rising at 5:00 am (even earlier than that in the eastern areas). To me, that is just as ridiculous as not having the sun rise until after 7:00 a.m. I am all for daylight savings, however I do agree that how it is set up right now is kind of silly.

Daylight Savings Time is a tremendous boon to anyone that works outdoors, or just enjoys being outdoors. People have become so out of touch with nature they no longer see the benefit.

We should go forward the first Sunday in April. Changing forward in mid March is too early, because it’s still cold where I live, & lots of other places. I don’t mind going back in November now.

I think DST should be completely discontinued…makes no sense….. 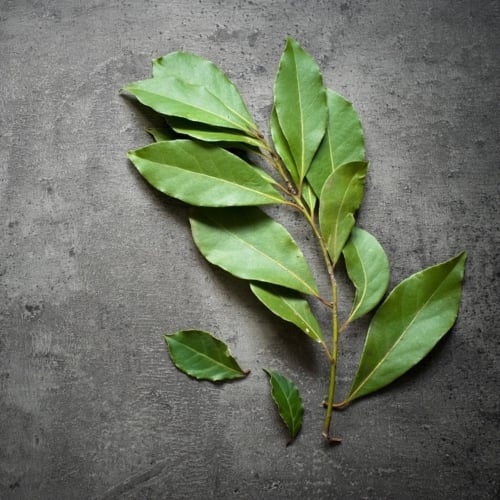