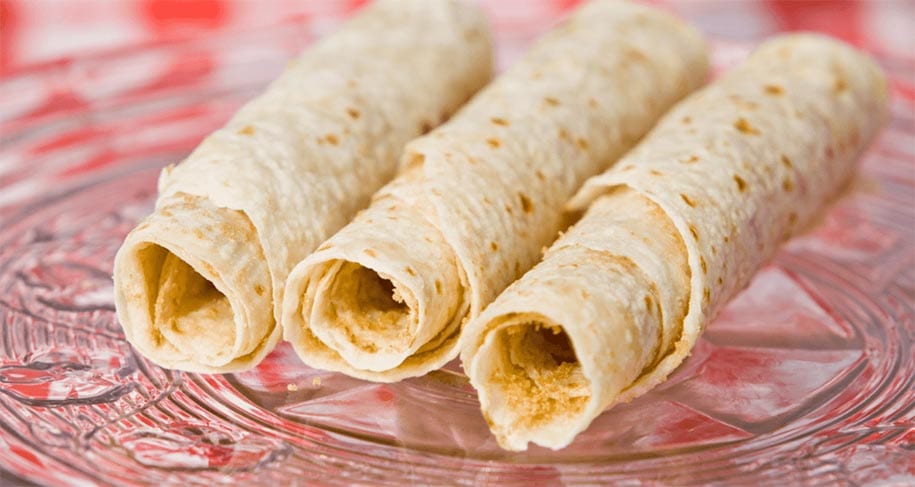 What do you get when you combine potatoes and a few common baking ingredients? A delicious morsel of Norwegian history called lefse! Lefse (pronounced “LEFF-sa”) are a lot like tortillas or flatbread, but much larger and thinner. While in years past, lefse was something of a staple food, these days it’s often served at the holidays and as an accompaniment to lutefisk (a soaked dried cod dish). But more and more people are discovering this tasty flatbread to be enjoyed any time of year.

The History of Lefse

Many stories say that lefse originated during the Viking era. However, the lefse that we know today didn’t come to be until much later. The Vikings had their own version of lefse (called Hardanger lefse) that was made with flour, not potatoes. Hardanger lefse was cooked in enormous batches then left out to dry so that it resembled a large cracker. This way, it kept for up to a year, but to eat it, you had to soak your lefse in damp cloth first.

Modern lefse came about long after the Viking age ended. Most historians agree that potatoes first arrived in Norway sometime in the 1750s, likely brought back home by traveling priests and soldiers. Shortly thereafter, potato lefse – and many other Norwegian potato dishes – started appearing.

Today, many people make lefse with a few common household tools – a potato ricer, a large frying pan or griddle, and a rolling pin. However, there are a few specialty tools that make the process much easier.

The first thing you’ll notice about traditional lefse is that it has a corrugated or striped texture. This is because traditional Norwegian cooks use ribbed, cloth-covered rolling pins so that they don’t have to use as much flour to keep the dough from sticking to the rolling pin. Instead of using a floured board to roll out the dough, many traditional cooks also use a canvas pastry cloth.

To cook the lefse, most traditional cooks use a lefse grill, which is a large, thin and flat grill that gets hotter than a frying pan. Finally, you’ll need a lefse stick. This long, thin wooden tool looks like a cross between a large spatula and a tiny boat oar. Its shape and size make it much easier to turn the lefse as you cook it. 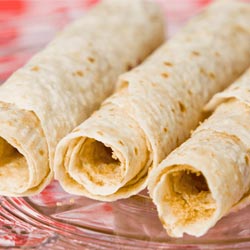 Watch lefse preparation and cooking techniques in this video:

Keep the lefse warm in a cloth until ready to serve. Makes 36 pieces of lefse.

How To Eat Lefse

Use lefse as you would flatbread or tortillas to make your favorite foods taste that much better! Get creative, but here are some ideas, courtesy of the Lefse Ladies!

I’ve grown up with all the various scadanavian foods. It was normal in Minnesota to have your freezer full of goodies for your quests. Now living in Colorado my parents brought all the Norwegian gifts here and I now incorporate them with my husbands German goodies. We both bake and our holidays are full of such wonderful heritages. Thank you for sharing.

Sorry, Donald Moffat, but Decorah, Iowa is the home of Luther College, not Concordia.

My grandmother on my father’s side was from Norway. We made lefsa at Thanksgiving and Christmas. I still do, it just would be the holidays with out it. My sons and my father fight over who is going to eat the most. We eat it still warm with just butter on it. Every time I make it I think of her and all the wonderful memories.

For a person from Western Norway this is a recipe for potato cakes, and they have nothing to do with traditional lefse that have been made for ever so long.The lefse could be stored for a long time.The potato came to Norway in the begining of the 1800s.The potato cakes will mold pretty quickly.

I have been eating lefse as long as I can remember. Last year, for a new twist, I made homemade honey butter (honey, cream, powdered sugar) and put on the lefse and rolled. Everyone just LOVED it! Give it a try 🙂

When I was child and mom made lefse she fried it on top of a cast iron stove It was much better that way because it got hotter.Now I have a griddle.Some kept their stoves just to make lefse.We make 10lbs of potatoes for the holidays my girls help.

I make and prefer the hardanger lefsa. The other lefsa was called potato cakes at home and my sister makes this. My Norwegian family comes from the Hjelmeland Rogaland area.

My grandma on my dads side would make this and my aunt would make this also every Christmas! As kids we would help. After my grandma passed away I got all her Lefse making items! I was super excited! I’m not blood I was adopted when I was two and I’m full Korean and my husband is Guatemalan and Mexican so he has never had it. I made it for the first time by myself in 6th grade for my Econ class for a project and came out great my mom and sister couldn’t stop eating it! I now make it every Christmas and I make about 7 pounds for moms side and dads side of the family! This recipe is a little different then what I grow up with! We only use white or yellow potatoes and no salt and sugar inside the mixture but we use a stick of real butter. I love the fact that my father side is real full Norwegian !!!!

We still eat it every Xmas and have as long as I can remember. 57 now. My Grandmothers, I always thought hers was the best, but my sister, who used to make it with her and now that grandma has been gone now a few years, I can honestly say is fantastic. Butter and white sugar is our family tradition, in most cases, but there are a few that like brown sugar instead.

My Grandma used to make this but she used lard instead of butter. It was fantastic!!! Had it when I was a child. I am thinking about making it myself. Yummmm

Dennis Moffat, thanks for the info!

Thank you Linda Moriarty, we’ll add it to our story! Fun!

My Norwegian grandmother made lefse but she died when I was 15 and I never learned how. My daughter bought me a lefse grill for Xmas and we made some. It was wonderful. A bit of trivia here: Starbuck, MN holds the record for making the world’s largest lefse–over 9 feet! You can watch it here! http://youtu.be/K1uTTGRk3TA

Thank you for the recipe. We used to be able to buy lefse at a Norwegian deli, in Brooklyn, NY, many years ago. We ate them with butter and sugar.

This recipe looks great ! However, our Norwegian family makes 60 to 80 lefse each and every Christmas. We love it warmed up and have butter and sugar on it. It freezes well and we can eat lefse over the next couple of months ! Yes, it’s a comfort!

I was happy to read this article/recipe. My mother-in-law, born in Norway would make Lefse during the holidays. She came to the United States and worked on a farm in MN cooking and baking for 40 farmers every day.
She would spread butter on the lefse and sprinkle it with sugar. I regret not watching her make them. Her Lefse looked just like those pictured.

Thank you for this article and recipe. My Mother-In-Law was Norweign but no recipes were passed down that I know of, although when her siblings were alive a Christas dinner of traditional Norweign food was made!

This recipe for lefse and all its applications make me wish I was a baker, but more importantly, cause me to miss my mommy who used to prepare this Norwegian comfort food.

Is an old or unused golf bag taking up space in your garage? They can be a real treasure to a gardener. Long-handled tools can be carried in the club compartment and smaller ones in the side pocket.
More hints & tips 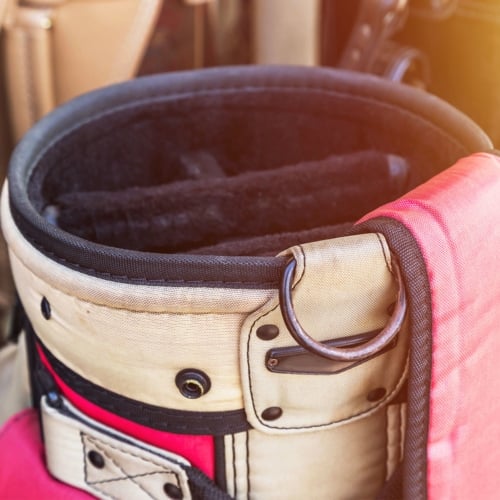