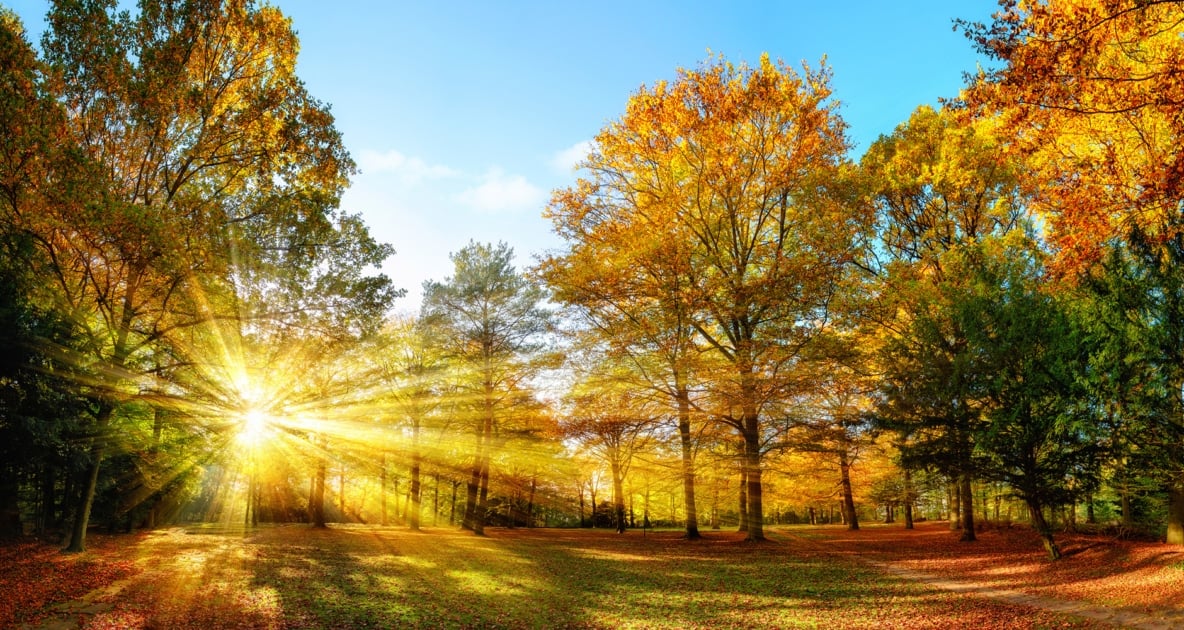 September is here! And according to the calendar and the Farmers’ Almanac, we still have a few weeks of summer left to enjoy, as fall doesn’t officially start until mid-September with the arrival of the autumnal equinox. But in meteorological circles, September 1st marks the first day of fall. So why the difference?

What’s the difference between “meteorological fall” and “astronomical fall”?

Meteorologists divide the year up into seasons a bit differently than our calendars do. According to the meteorological calendar, the 4 seasons occur as follows:

The reason is that meteorological seasons are based on the annual temperature cycle. So, summer, for example, would run June through August, which makes perfect sense. Those are the months we most associate with “summer” and “summer temperatures.” Astronomers, on the other hand, determine the seasons by the Earth’s tilt. While it may seem that the seasons are caused by Earth’s changing distance from the Sun, it’s really due to the tilt of the Earth’s axis. This tilt—a 23-degree slant—enables the Sun to appear above the horizon for different lengths of time during the various seasons. The tilt determines whether the Sun’s rays strike at a low angle or more directly onto Earth.

In short, the fall you are familiar with, which starts on the date of the autumnal equinox as listed on your calendar, is “astronomical.” But for some, fall starts September 1.

What do you think: would you rather follow the meteorological seasons, with fall starting September 1? Share your thoughts in the comments below!

It used to be that meteorologists stuck to the True/astronomically based seasons. But, for the purposes of data consistency they moved to fixed dates. This actually has nothing to do with the temperature cycle. In point of fact, it would be necessary to extend past the astronomical based dates due to the lag in the temperature cycle. So, for example, a true meteorologically based fall would occur nearer the end of September. And, of course, most of us know that this tends to be true.

Going by meteorological seasons may seem easier, but I prefer to go by astronomical seasons. I live in Virginia, and since the beginning of meteorological fall this year, it has still been hot enough to go swimming outdoors. The temperature is supposed to go up to the 90s this week, and I can’t associate heat with fall. I associate fall with the leaves changing colors and a cool breeze.

I would rather follow the meteorological seasons, with fall starting September 1. I can see the temperature gradually drops from 100 degrees to 90 degrees during the third week of August and begin to feel fall like weather in the first week of September instead of third week of astronomical autumn.

It would be much easier, wouldn’t it?

Meterological seasons align with the Essenes calendar, and with this calendar, they were able to predict when the ages over 6,000 years would occur, when Jesus would be born, when He would die, when we would see Him again (2032 AD, exactly 2,000 years after He was crucified in 32 AD, which is the Church, or Age of Grace, where we can enter into God Most High’s presence, through His Only Begotten Son, Jesus Christ), when the Great Tribulation Age would begin (2025 AD). They have been able to predict everything, and had 100% accuracy, some 200 years before Jesus appeared.

The astronomical seasons are the ones that the Talmud rabbic calendar is established on, and this is why there is much confusion as to when the Lord’s Feast Days occur. With the Essenes calendar, there is no confusion.

Well,meteorological seasons are a man-made event where as astronomical seasons are based in fact. Since September will arrive in the 90’s, I will stick with astronomical. I only wish fall would start soon, with cooler temps! Summer is just sweat and bug bites.

My Open Windows Devotional uses Metereological Seasons. So I stick with that.

I’ve only heard of the astronomical times. What is the reason for the meteorological times?

Susan Higgins
Reply to  b

Interesting article, I’ve never heard of the meteorological seasons before. I do think the astronomical seasons are more logical and fit the season changes more accurately here in North Central Ohio than the meteorological seasons. We are still enjoying summer-like weather, and the true sign of authmn, i.e., leaves changing color, won’t occur until October. I think it’s too soon to call the season autumn, especially since I don’t want the summer to end, I am not a fan of autumn or winter, lol!

Neither the astronomical or meteorological models really apply when you live in Texas. Fall is October 31st – Christmas, Winter is December 26th – February 28th, Spring is March 1st – April 30th, and Summer is May 1st – October 29th. Still, I like to turn my A/C down cold and pretend that Summer is over…