In 1995, a small comet, known as 73P/Schwassmann-Wachmann 3, unexpectedly broke in to several fragments. Since that initial disruption, this comet continued to disintegrate as it orbited the Sun about every five and a half years. Dozens of bits and pieces have crumbled off of the original fragments over the last twenty years. This following clip, from 2006, demonstrates this:

Astronomers world-wide have investigated the prospect of Earth’s passage through this swarm of freshly ejected material, which could lead to a meteor shower. While some think Earth will not interact with this comet’s material, others suggest our planet will have a direct interaction with the comet debris, and possibly produce an outburst of meteor activity late on the nights of Memorial Day, May 30, and May 31, 2022. (Check our Memorial Day forecast to see if the weather will be good for stargazing in your area.)

Where and when to Look

If the meteor display does materialize, it would appear to dart from a part of the sky near the brilliant orange star Arcturus, in the constellation of Boötes, the Herdsman. To find it, locate the stars in the handle of the Big Dipper; they make a curve that is easily translated into a smooth arc. Continue that imaginary arc about the length of the Big Dipper and you will arrive at Arcturus.

Let’s just hope that Mother Nature is in “show-off mode” that night.

Check our website FarmersAlmanac.com for updates and more information.

A Disclaimer for Meteor Watchers

We have never encountered this swarm before, so we can’t say for sure exactly what to expect. In the best-case scenario, a bevy of slow, bright meteors, glowing with a ruddy or orange tint, falling at the rate of hundreds of miles per hour could happen.

On the other hand, we may encounter very few comet particles—possibly none at all. There is also a chance that the meteors will be so faint that they will not be visible to the naked eye.

The occurrence of a meteor shower requires a unique set of circumstances:

1) Typically, meteor showers are caused by tiny dust or sand-grain-sized particles. In this case, the comet bits are believed to be larger: nugget-sized.

2) When the comet fractured, the material was expelled at unusually high velocities. Such material would tend to migrate ahead of the comet as it makes its way around the Sun, ultimately colliding with Earth. Unfortunately, such calculations are fraught with uncertainties.

In any event, it will be worth taking a chance at catching what could be the greatest new sky spectacle.

Will you be watching for meteors this Memorial Day? Let us know in the comments below!

Curious about other stargazing events in the month of May? Look at our Night Sky Guide!

Learn more about the difference between comets, asteroids, and meteors.

We saw quit a few from the outskirts of Tucson, Arizona . One was very golden, and another a very bright flash. The most counted was between 9 and 10 PM a bit earlier than suggested. A friend and I stayed all night and stargazed . I saw a few very early in the morning ,but the highlight was as predicted.

My family and I just saw the brightest meteor with a smoky trail in Channahon, IL

That’s so wonderful. We learned that there were some meteors spotted last night, but not as many as astronomers had hoped. So count yourself lucky that you saw one! Thanks for commenting.

I’m hoping to see them here in Lakewood, NY.

Did you spot any? There weren’t as many as we all hoped, but a few were spotted in NJ.

Hope to see, them in Bowling Green, Kentucky.

Sounds delightful, I will keep my peepers wide open for this event

Hope to see them in Bowling Green Kentucky. 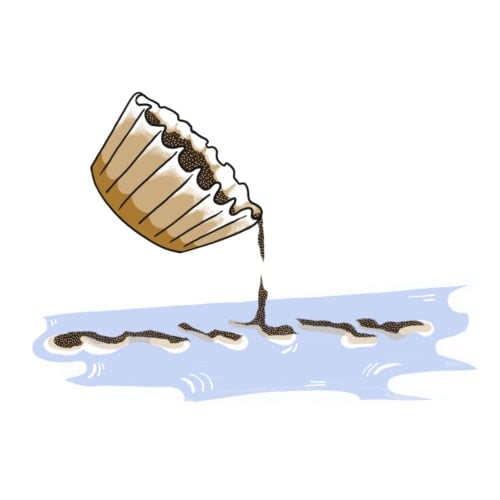