Here’s a fun rhyme about sneezing:

How many times do you usually sneeze?
One for sorrow
Two for joy
Three for a letter
Four for a boy.
Five for silver
Six for gold
Seven for a secret, never to be told

Ever wonder why we say “God bless you” when someone sneezes? The reason seems to date way back when people believed that the devil could enter your body when you sneeze.

I’ve seen that second poem also used about seeing crows. The first reminds me of a mystery by Andre Norton and Grace Hogarth: SNEEZE ON SUNDAY.

Is all the sneezing stuff true???

Buy ground beef in bulk when it's on sale and freeze in half-pound packages in one-quart freezer bags. Roll the meat as flat as possible in the bag, removing all the air, and freeze flat. Then when the packages are frozen, you can stack them. Not only do they take up less space in the freezer, but the packages thaw faster!
More hints & tips 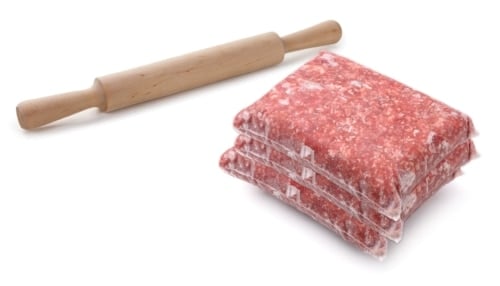