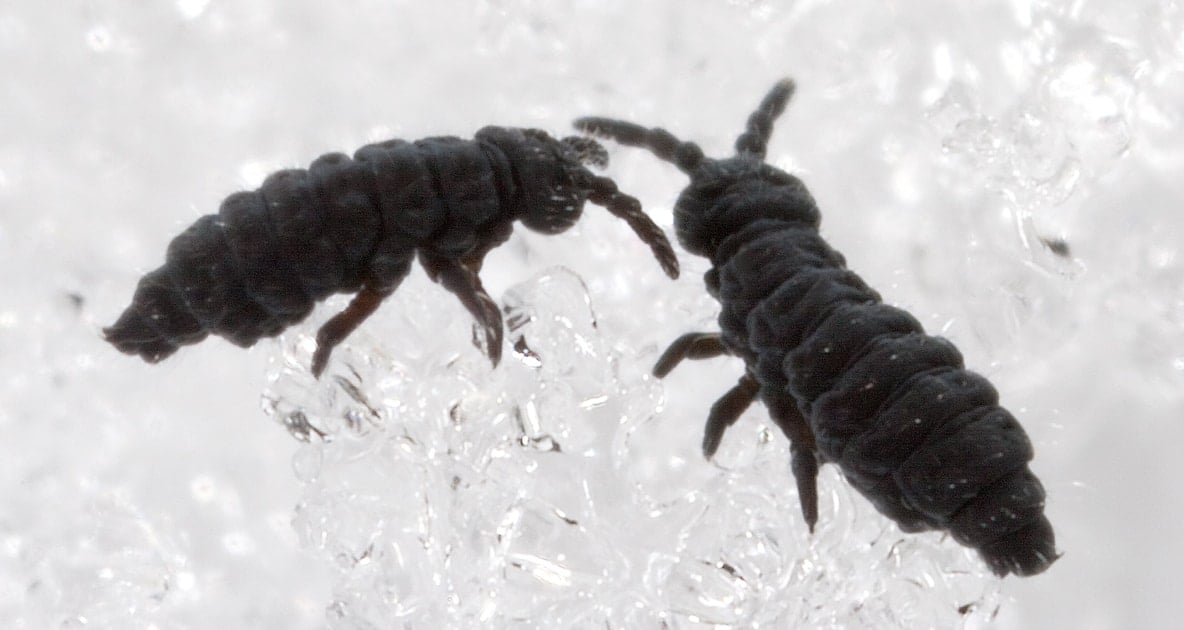 One of the greatest joys of cold weather is the lack of bugs. When the temperatures dip in winter, it becomes an inhospitable climate for many of the creepy crawlies that make our lives miserable in the spring and summer — fleas, ticks, stinkbugs and the like. But it turns out, there’s a little known critter known as the snow flea that makes its home in snow banks and the sprinkling of snow around the tree trunks in your yard.

But there’s good news! There is no need to fear the snow flea. They don’t bite and they are actually very good for the environment!

What Are Snow Fleas?

Snow fleas are not actually fleas — and officially, they aren’t classified as insects, either, though they do look like bugs. These small wingless creatures are often referred to as “springtails,” but their scientific name is Hypogastrura harveyi or Hypogastrura nivicola, depending on the species. Snow fleas are classified as hexapods, which is a subtype of the arthropod family. Like insects, snow fleas have six legs but researchers say that they are more closely related to crustaceans.

The Reason Behind the Name

If snow fleas aren’t fleas, then how did they get that name? There are a couple of good reasons. First of all, these small creatures happen to look a lot like fleas. During warmer periods in the winter, when snow melts, these critters can be found speckling the snow.

Snow fleas also have the same super-powered jumping ability that regular fleas have. But unlike cat and dog fleas, which use powerful, enlarged hind legs to leap long distances, snow fleas have a sort of tail (called a furcula) that is responsible for their jumping. As the furcula unfolds, it launches the snow flea over large distances — hence the name “springtail.”

How High Can Snow Fleas Jump?

Snow fleas jump around on top of the snow, traveling up to several inches in one leap.

Though they look and act like cat or dog fleas, snow fleas are not parasitic, which means you and your pets are safe. In fact, if you enjoy gardening, then you’ve probably encountered thousands of snow fleas in your lifetime without ever realizing it. In the summer, they tend to sit on top of rich topsoil but because they are so small and dark, most people don’t notice them. That soil is actually the snow flea’s food source. They are an essential component in the ecosystem because they feed on decaying organic matter in the soil, thus helping it to decay faster, turning it into plant food.

Why Do Snow Fleas Come Out in the Snow?

Perhaps the most interesting thing about snow fleas is the way they come out in the winter, dotting melting snow instead of remaining in a period of dormancy like their insect and arthropod cousins. This is because snow fleas produce their own type of antifreeze, a protein that is rich in the amino acid glycine. Glycine prevents the formation and enlargement of ice crystals, enabling these creatures to keep on munching organic materials despite the bitter cold. You’ll see them on warmer days when the snow melts because snow fleas are rising to the surface of the snow in search of new food sources.

Because snow fleas live in areas rich in organic materials (like leaf litter), they are quite common around tree trunks. Snow fleas are small, about two to three millimeters in length, and they are blue-black in color.

While they look a lot like biting, parasitic fleas, snow fleas are not something to fear. They won’t bite and they are actually great for your lawn and gardens because of the work that they do to help decompose organic material.

Should you happen to spot these tiny hexapods this winter, take it as a good sign that the ecosystem in your yard is healthy and rich in plant matter.

Photo of snow fleas by Photographer Chris Crowley
“The photo of the snow fleas was taken in the yard here in Orford, NH, using a macro lens with up to 5x magnification. They were cavorting on top of the snow during a spring thaw in mid-January.”

Nice article! I saw them once in East Winthrop Maine. I was cutting wood early March And the whole side field was loaded with them. Thought it was an old wives tale snowfleas.

thanks for the info I must of encountered 1 that got into the house because I had a good look at 1 that I picked off my shoulder under my top that did bite me , must of felt trapped so they do bite, my first fear was it laying eggs in my pores. just the thought creeps me out but reading your article gave me a piece of mind so I’m not to worried any more with the help of your write up so thankyou for the info.

Great article! This is what we are encountering right now throughout our yard. It’s the first time ever, I have never seen something like this before, or even heard of them. I’m glad to hear that they are beneficial and not harmful.

These must be what the birds are enjoying on the snow.

I live in So Cal in the Inland Empire. I have these in my backyard all of the time. Definitely no snow here. Glad to know what they are.

I live in Northern Mi. The snow has been gone for several weeks now and we are experiencing unusually warm weather, I have Snow fleas all over my deck. The deck is made of pressure treated lumber and 30 years old. Hopefully the snow fleas are not ingesting any of the preservatives in the wood. I’m thinking of hosing the deck to get them back on the ground. Do you have a better idea

Hi Susan, either hosing or sweeping them off would probably be a good idea.

Dude, I was JUST about to say the same thing! (well not the infestation part) In the early/mid 80’s when I was a child, I lived in Interlochen Michigan on Riley road. One day during the winter, I remember seeing these weird fleas jumping around in this ice wall like structure that was left from us shoveling snow to the shed from the back yard a few days prior and it began to melt then freeze again. I have never seen them again anywhere else since and I lived all over the states since then. Here in Brooklyn NY they are definitely NOT here. Just found these in my driveway today on a warm winter day . In the melted snow in my cars tracks- Southern Vermont

I found “tons”of these on top of my dryer and in the utility sink next to my dryer. I don’t know how they got in my basement. how do I get rid of them

Thanks for the article! I was worried when I saw them everywhere. Now I don’t have to BUG out haha!

This was interesting ?. Thank you for sharing .

do they make u sick?

is it safe to eat them? my sister ate one

any updates? not urgent

Thank you very much. It is interesting and useful.

Glad you enjoyed the article.

I wonder how many of these I have ingested since I’ve eaten snow all my life and never knew these things existed. I’m 37…

This is the first year I’ve noticed them with snow still on the ground in any visible numbers (good for my yard!) – still I had no idea what they were until I came here… so THANKS!

Thanks, Eric, glad you enjoyed it.

Use a plastic snow sled with a rope lead to haul your camping gear from the car to your site.
More hints & tips 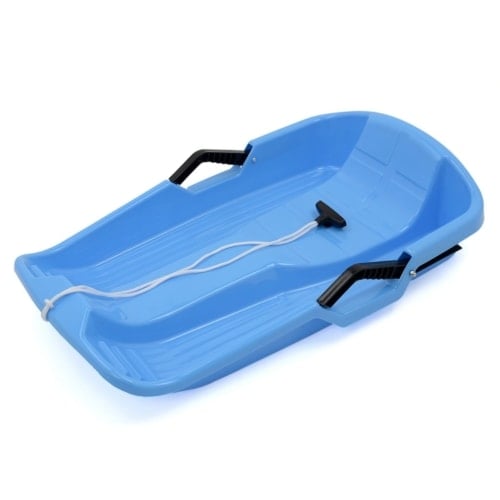