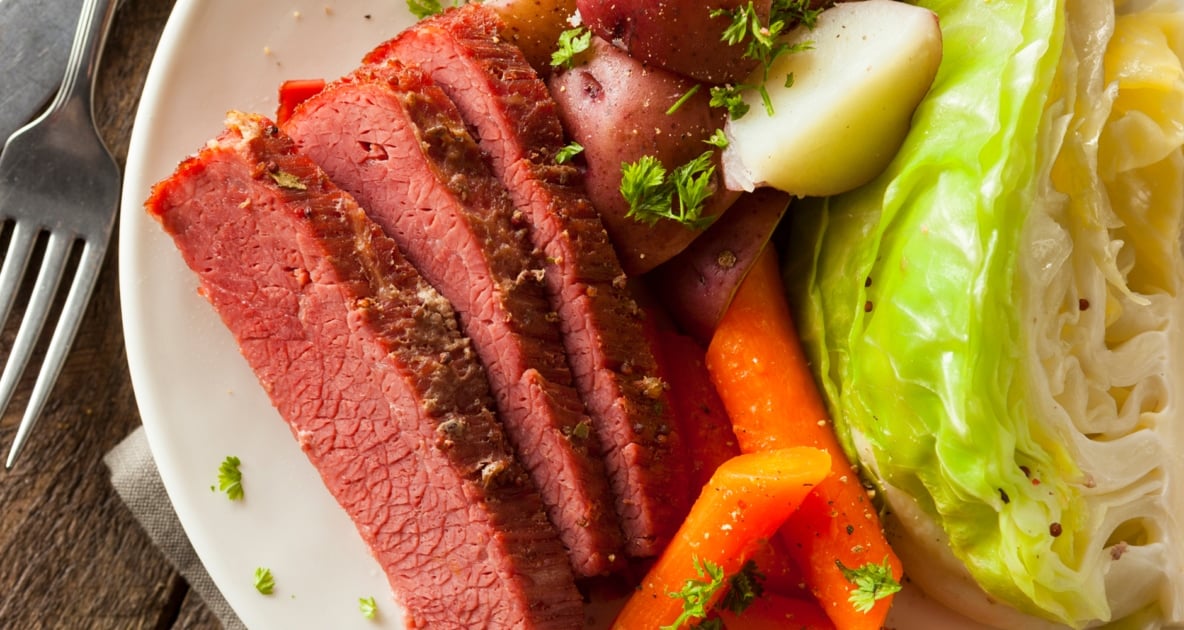 Nothing says St. Patrick’s Day like a delicious feast of corned beef and cabbage. But believe it or not, this classic holiday meal is not nearly as popular in Ireland as it is in the United States. It’s become more of a tradition here on St. Patrick’s Day thanks to waves of Irish immigrants, many of whom left the Emerald Isle during the Great Famine between 1845 – 1852 and headed to New York. With them they brought dishes from their native country that were adapted and changed over the years.

One popular Irish dish called “Bacon and Cabbage” included cabbage, potatoes, and Irish bacon, a cured loin cut of pork. Pork was the preferred meat because it was cheap in Ireland. But in the United States, pork was very expensive, so it was swapped out for the much cheaper corned beef, which was similarly cured, but more aggressively spiced. The rest is history.

The process of “corning” is a long (at least ten-day) process involving a brine solution containing various spices. But these days, buying corned beef already vacuum sealed in its brine is much more convenient for the home cook.

Break Out The Slow Cooker

By far the best way to cook the packaged corned beef is in your slow cooker. A decent sized brisket of about five pounds will generally fit in a 6 quart unit. If you prefer the rounds, you can usually get two of them to fit in a large slow cooker. Each 2-5lb. package of corned beef, when cooked and trimmed, will serve 4-6 people. But you’ll want to make extra, for hash and sandwiches.

If your corned beef doesn’t come with a spice packet, you should buy or make up a batch of what is known as “pickling spice.” It includes broken cinnamon sticks, coriander seeds, black peppercorns, allspice berries, dill seeds, cloves, mustard seeds, fennel seeds, dried ginger, crushed bay leaves, as well as red pepper flakes, which you can add during the slow cooking process. 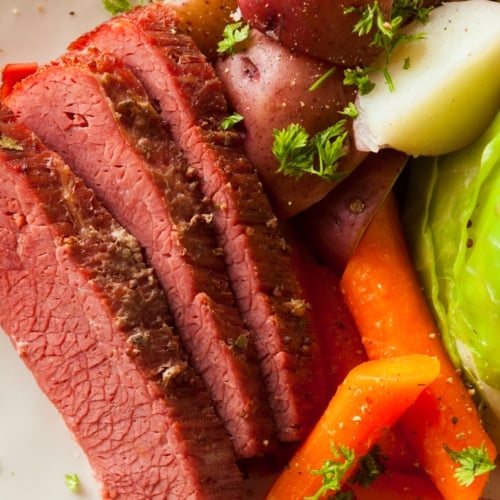 Keyword Classic Corned Beef and Cabbage
Tried this recipe?Let us know how it was!

great recipe! BUT rinse the corned beef, add water, stock, beer to cover, and proceed as directed. Cooking in the beef in the pickling juice makes it way to salty. Otherwise, perfect!

This is one of my favorite meals. I cook the meat in the pressure cooker with enough water to cover it using the brine from the package. I will also add 2-3 tablespoons of pickling spice to the water. Once the meat is done, I remove it to a plate, drain the water through a sieve and add the vegetables to it and cook it slowly until they are done. The flavor from the water of the meat is absorbed into the veggies and they are just too wonderful. Serve as you would any other way – the taste you will never forget.

I cook mine with ginger ale , cook separate as I put food coloring in the water as they boil so that they are green !! Could you put a rcook potatoes separateecipe for Irish soda bread that is made with flour and you add Dried cranberrys

Recipe looks great but for the Brisket. I do not like red cure corned beef. I use only gray cure done the old fashioned way.

Thank you! I’m making it for the first time this year and had no idea how to cook the meat or cabbage

I cook mine until it does fall apart with a wooden spoon, (just my taste) and I also cook the cabbage and potato’s in the same pot adding them in the last hour. I make sandwich’s with the cabbage and corned beef with mustard, its always been one of my favorite meals. Thats why I buy 10 packages of corned beef every St patty’s day, so I can enjoy them all year long.

In addition to covering water I also add a can or bottle of beer. Tenderizes and alcohol evaporates.

I cover the top of the corned beef with brown sugar the last hour of cooking time. It won’t hurt the carrots or potatoes either, but I do cook the cabbage separately. Delish! It probably helps with the saltiness of it too because I’ve never had one that was too salty.

FIX FOR SALTY CORNED BEEF !
I cook it in ginger ale .
Enough to cover the meat . Cooking time is the same , veggies how you like them , in with , or separate .
DELICIOUS and NOT SALTY !!!

This recipe is pretty basic, though not bad for the beginner. I don’t use the brine, as it’s too much salt and ruins the taste. I drain most of the brine off, and add Beef Broth for the liquid, instead of just water. I season with onion, pepper, himalayan pink sea salt (if necessary), and fresh herbs toward the end of cooking. I also put everything in the slow cooker, at approx. times and serve it with Soda Bread.

Thanks for the recipe and Ps. Pencil or Pen and paper still work great @jeanbracht

why is my corned beef so salty? And, how do I take some of the salt out? do

For years I have bought every type of corned beef out there and every one is sooo salty! Why? And, what do I do about it?

Susan Higgins
Reply to  why is my corned beef so salty? And, how do I take some of the salt out? do

Hi Samantha, unfortunately, that is the nature of corned beef, to be heavily brined and seasoned. You could try to do it yourself and adjust the salt content in the brining process.

Susan Higgins
Reply to  why is my corned beef so salty? And, how do I take some of the salt out? do

Hi Jean Bracht, when you have the story open, look to the left and you will see the print and share buttons.

Frank Wellner
Reply to  why is my corned beef so salty? And, how do I take some of the salt out? do

Rinse the meat several times under cool water to remove any excess salt. But don’t think this means you’re rinsing away all the flavor; by this point, the meat is fully infused with it.

Cannot find a print or save button on this recipe.

I have always thrown everything in all together .. I will try it this way sounds really easy and delish

This looks like a great recipe. Will have to try it!
Thank you! 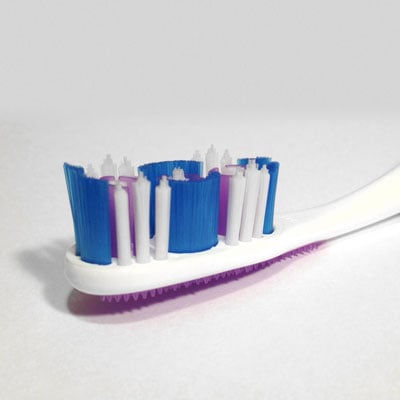