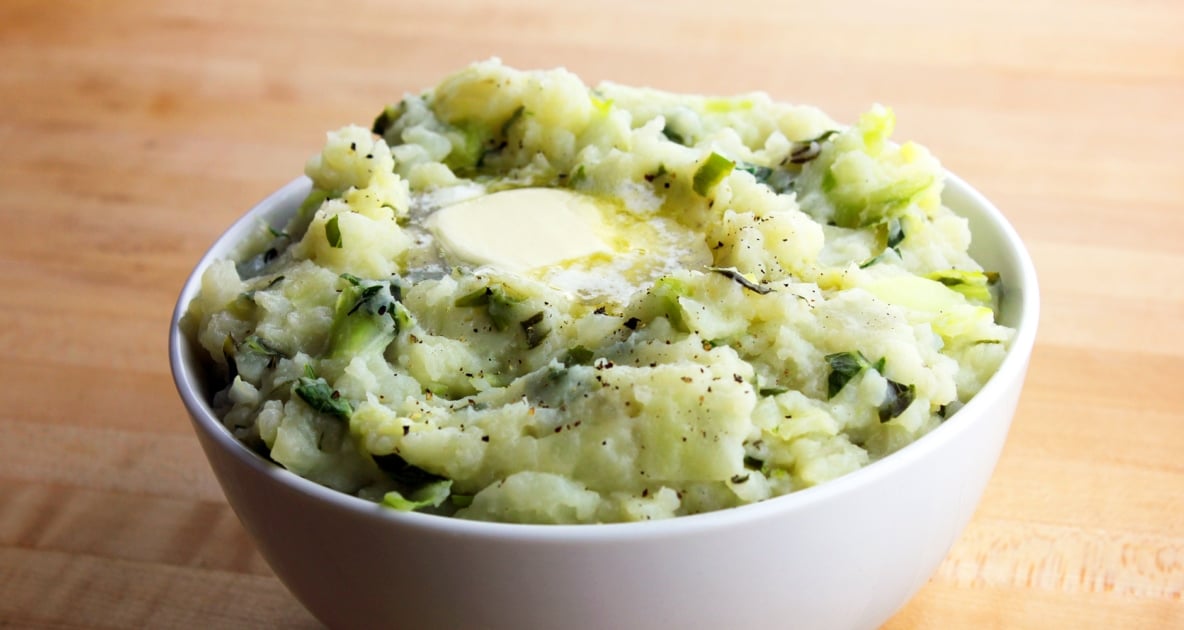 The Irish are masters of potato dishes, and colcannon is one of the best. Traditionally served for St. Patrick’s Day, this tasty side dish can be served any day, and might become an instant family favorite. But what the heck is it?

The word “colcannon” derives from the Gaelic term cal ceannann, which means “white-headed cabbage.” In Ireland, during the 17th and 18th centuries, potatoes, cabbage, and leeks were considered foods of the common man. So it makes perfect sense that one of the country’s most popular dishes would combine these ingredients. It’s not uncommon to find a colcannon recipe printed on the back of a bag of potatoes in Ireland.

There are many regional variations of the dish; some require adding bacon and some suggest boiling the greens with the potatoes. You can also enjoy your leftover colcannon for breakfast by cutting it into patties and frying it with your leftover corned beef. 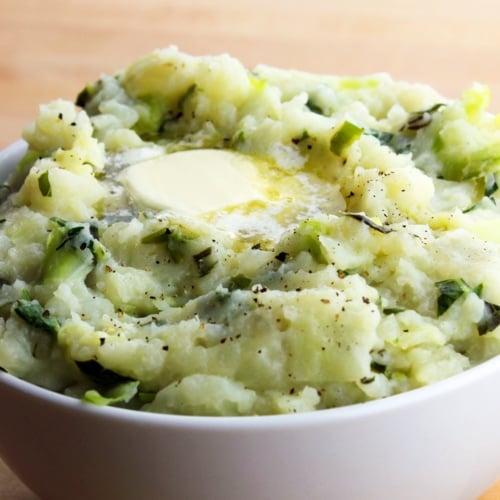 Wondering if instead of potatoes you can use cauliflower since we are on the Keto eating plan?

I use green onions (scallions) in my potato soup – adds much more flavor than white or yellow onions – I’ll use a few leaves of cabbage for my homemade vegetable beef soup though – scoop them out before serving as the kids never liked cooked cabbage in any form, but love cole sale.

I have been making colcannon for years. It is a cheap and yummy meal that makes it easy to feed kids their veggies. We add crispy, crumbled pieces of bacon and often use sour cream or buttermilk instead of cream. It tastes like a big bowl of loaded mashed potatoes. So good! And good for you.

Tiffany, that sounds delicious! And who needs to wait for St. Patrick’s Day? No one. We’re going to make some tonight! Yum!

Get organized for the new year! Keep clutter to a minimum by creating personalized, color-coded bins for every person in the family to toss hats, scarves, gloves, and mittens, as well as shoes and boots, when they enter the house.
More hints & tips 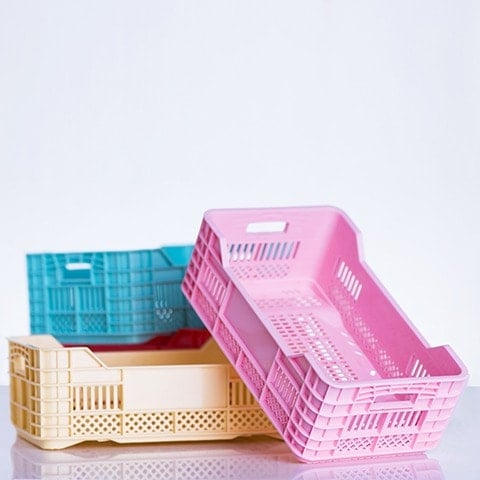