Tea Towels – What Are They And How Are They Used? 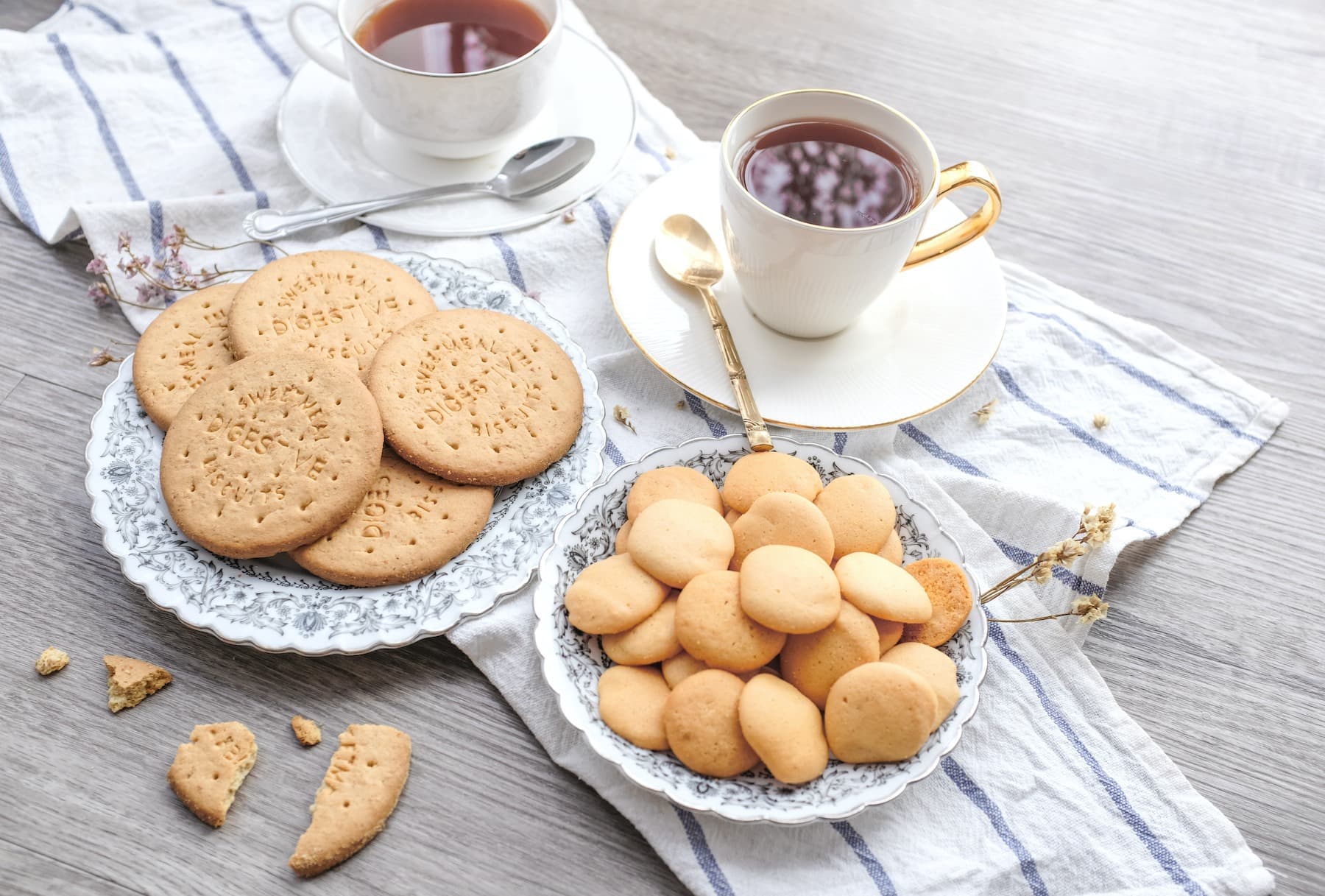 There’s a towel for every occasion: Bath towels, beach towels, hand towels, dish towels, golf towels, and…tea towels? Tea towels are quite popular in Europe, but here in the United States, they’re a lesser-known member of the towel family. Even so, they’ve got some rich traditions behind them, so much that one could consider them the noblest and most versatile member.  So what are they and how are they used?

What The Heck Is A Tea Towel?

Tea towels are a little bit like dish towels. But most dish towels we’re familiar with are made from soft, fuzzy terrycloth—smaller, thinner versions of bath towels. Tea towels are traditionally made from linen, and they can even handle a bit of scrubbing around the kitchen. These days, tea towels are a flat-woven cotton fabric that isn’t as absorbent as terry cloth towels.

Tea towels were also known by other names, too: “Glass towels,” “crash towels,” and “damask towels.”

Tea towels got their start in 18th century England. Back then, homemakers used them for more delicate jobs that couldn’t be trusted to household servants, like drying china and tea sets without leaving scratches. They had other uses, too. At teatime, these towels would accompany other linens as part of the decorative place setting. Clean, folded tea towels served as a soft place to set a warm teapot, and people would wrap teapots with a tea towel to help insulate them so the tea stayed warm. Tea towels over baskets of biscuits and scones kept them from going stale as well. All in all, the tea towel may be the most versatile of the towel family!

Tea towels were also something of a status symbol. Household servants would make them, taking care to hand-hem the linen to create a finished towel. Women often embroidered designs on them to show off their needlework skills. Some of these richly embroidered towels ascended their tool status, going on to become family heirlooms passed down through the generations.

It wasn’t until the end of the Industrial Revolution that tea towels went into mass production, and by the 19th and 20th centuries, they had evolved a bit and were known as “glass towels.” They were still used for similar work—drying delicate dishes—but they also took on a much more decorative role in the house. Fabrics often displayed striped and checked patterns as a way to add a bit of color to the kitchen. The 20th century, in particular, gave rise to things like screen printing and non-fading dyes, which allowed these towel makers to create all sorts of images and colorful patterns.

During the Great Depression, homemakers still relied on them as an essential workhorse of the kitchen, but the linens to make them were often unavailable or unaffordable so many were made from reused flour sacks.

Today, these towels are quite popular and you can find them in an infinite assortment of colors and designs, for both practical and decorative uses.

Tea towels have been put to a lot of uses, but perhaps none so creative as the van Gogh towels. Dutch Impressionist painter Vincent van Gogh was notorious for running out of canvases, so he would often paint on whatever was near to hand—paper, tablecloths, and sometimes, tea towels. In fact, one of his paintings, The Large Plane Trees, was painted on either a tablecloth or a tea towel from the Saint-Paul-de-Mausole mental asylum where he once stayed. Anyone who has a chance to look closely at this painting will see very faint red rectangles beneath areas where the paint is thinner, evidence of the patterning in the cloth beneath.

Vintage tea towels, especially hand-embroidered ones, are a hot commodity on the antique collector’s market. If nothing else, they’re a worthwhile addition to kitchens simply for the history and traditions behind them.

Yes I remember tea towls. I still have a set and had made many as wedding gifts. I am 97 yers old.

I have a set of 7 “days of the week” tea towels embroidered by my husband’s grandmother. All of them are still in beautiful condition. I had them for years and never used them for fear of wearing them out or damaging the embroidery. A couple of years ago, I decided Grandma Helen would be disappointed if she knew her tea towels were stored away in a dark chest never to be seen or used again. I enjoy them every day!

I had a mother-in-law who gave me a set of tea towels about four decades ago. They’re great for drying glassware & more without leaving lint on anything. They take well to being bleached in the laundry (plus, I can remove fresh berry stains from them by just pouring boiling water over the stains). I also had an 82-year old friend who gave me two printed tea towels which she made from cutting & stitching vintage flour sacks (she used to work in a bakery, and wow, the cookie recipes in her head were superb). Several years ago I was blessed with another set of tea towels which I wouldn’t trade for anything. Is it any wonder I bought a pack of 3 good (plain white) tea towels today for a twenty-something aged nephew moving out on his own? And then I come home and see your Tea Towel article! I never realized how much I loved these things!

I still embroidery on tea towels too. Great article, nice to know there’s a rich history concerning this kitchen staple.

Fun article. I have made some tea towels with thriftshop cotton tablecloth. But I made them different sizes.

I have done it too, also large man-sized napkins

[email protected] suppose some folks got “T’d off” on this towel dissertation, but I am impressed. We’ve been using them all our lives and never knew it ! I have even used them to filter wine dregs from our home vined wines.
Thank you for a short history of the towel ; a Van Gogh connection was the whipped cream cherry topper.

nice article it seen that is very nice to do embroidered or paint in this tea towels where can I buy it?I know is very strong material.
Thank you

Want to make banana bread but your bananas aren't quite ripe enough yet? Use your oven to speed-ripen them! Place unpeeled (but not green) bananas on a parchment-lined baking sheet and bake for 35-40 minutes at 300 degrees F. The peels will turn black, and the fruit will be soft -- perfect for banana bread. Let cool before peeling.
More hints & tips