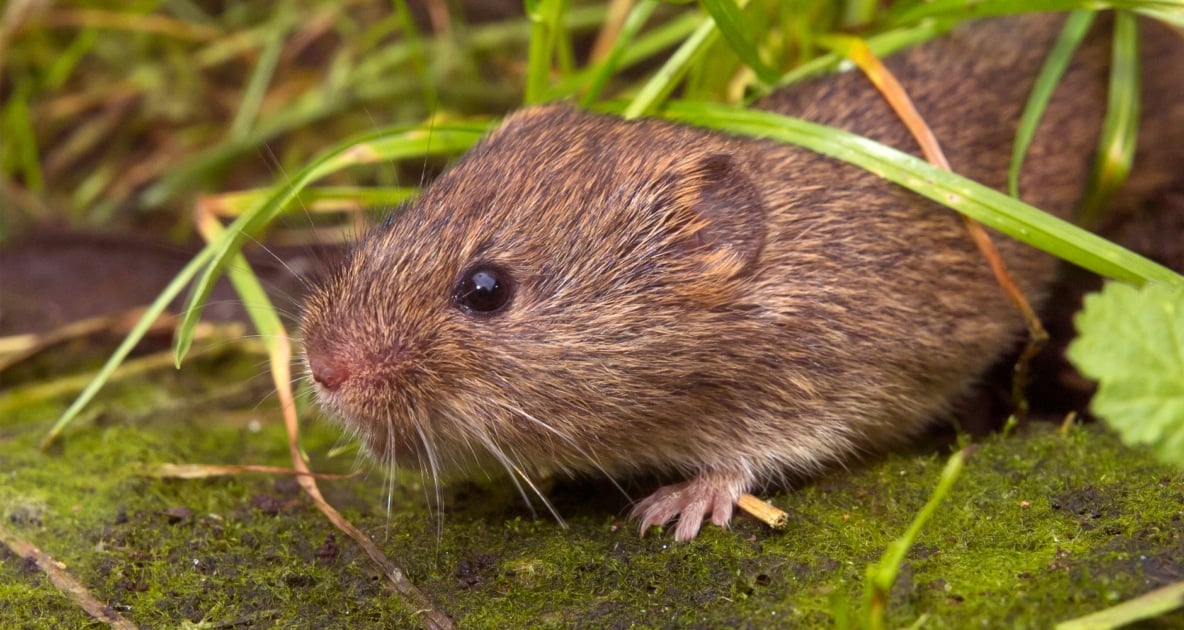 Voles, also known as field mice or meadow mice, can be a huge problem for gardeners. Voles are herbivores, eating up the tasty items in your lawn and garden. They’ll feed on the roots of turfgrass and will chew the bark from trees near ground level. They will even gnaw on low-lying fruits and vegetables. Sometimes you’ll see small holes in the ground that lead to their extensive underground dens, where they tunnel and hide from predators, as well as store food. Fortunately, there are several ways you can thwart these rodent pests now—without chemicals—before they decimate your garden next spring.

There are more than 20 species of vole native to North America, with the meadow vole (Microtus pennysylvanicus) being the most common. Voles closely resemble mice, but they usually have heavier, thicker bodies and shorter tails than mice. Their heads also tend to be more rounded. Voles are communal and will produce huge numbers of offspring in a year. Some species will even give birth during the wintertime. Tidying your garden before winter and implementing protective measures for vulnerable trees and plants is critical to preventing vole infestations before they occur.

Don’t confuse voles with moles! While moles also can make a mess of your lawn with their extensive digging, moles (Scalopus aquaticus) are actually not a rodent and a different problem. And unlike voles, they’re carnivores, which eat grubs and earthworms, so some of the strategies to get rid of these pests differ. Read more about getting rid of moles here.

Here are a few simple and natural strategies you can do this fall to prevent a vole infestation:

6 Easy Strategies To Prevent An Infestation of Voles