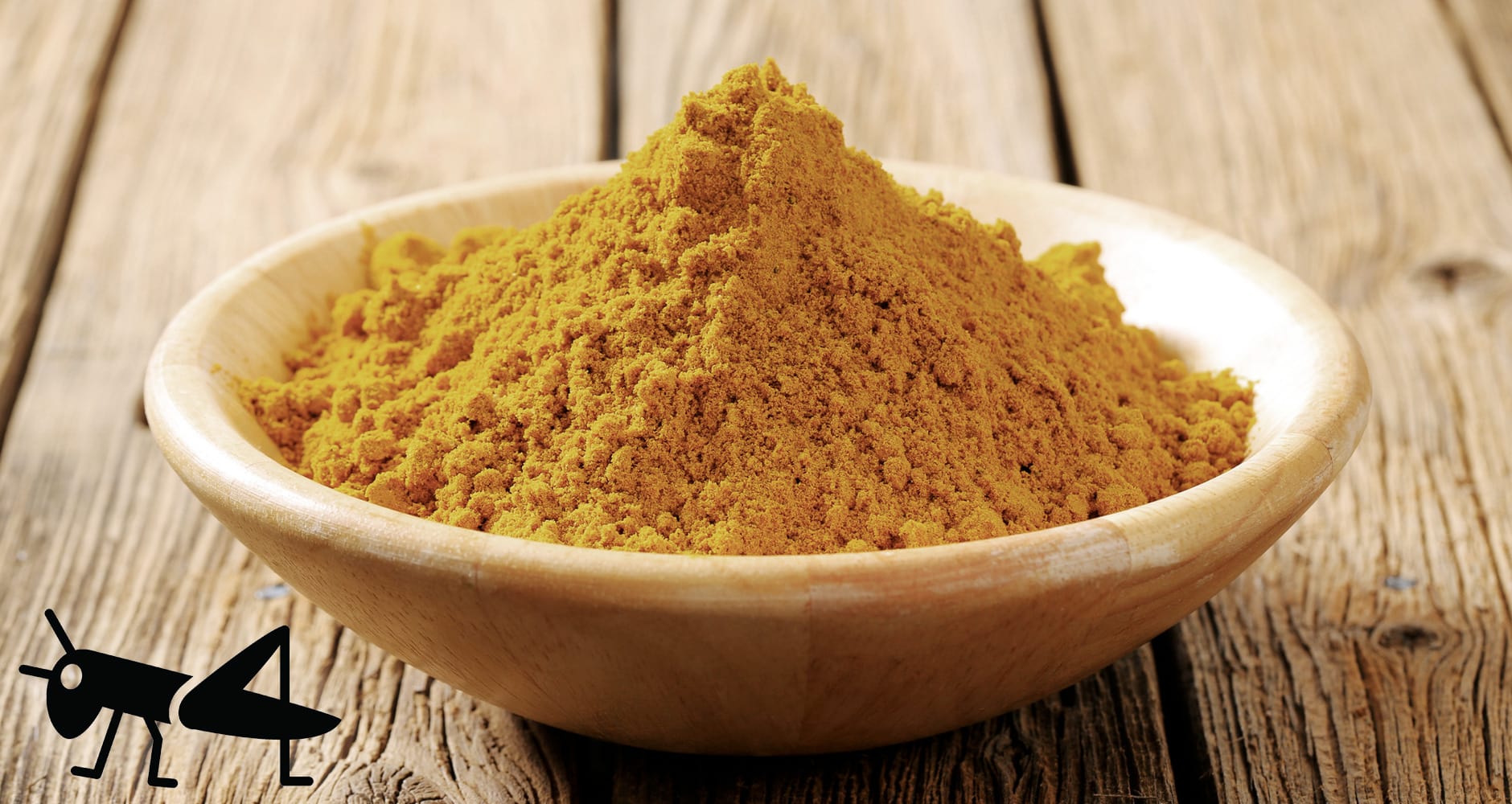 What the Heck is Cricket Flour?

While the sound of ingesting anything made entirely of insects may trigger your gag reflex, cricket flour, also known as cricket protein powder, made from 100% ground crickets, is becoming quite the craze and a go-to protein source for many. Don’t believe us? Do a quick Google search! As it creeps its way into protein bars and cookies, crickets may be the next “it” protein, replacing other trendy grain-free alternatives such as almond and coconut flour. Would you dare try it? Before you decide, read on.

Entomophagy is the practice of consuming insects as food, and a quarter of the world’s population already embraces this practice. But the western world is a little slower to “jump” on board. The United Nations Food and Agricultural Organization has identified almost 2,000 types of edible insect species of bugs, crickets included. Not only are they viable, but they can be highly nutritious. Cricket flour is an excellent source of nutrition, and contains all 9 essential amino acids, making it a complete protein—with almost triple the amount found in steak and double that of chicken.

To top it off, cricket flour is also a rich source of calcium, iron, potassium, vitamin B12, B2, and essential fatty acids. Even though beef is a good source of iron and other minerals, crickets are richer in a host of bio-available nutrients, allowing the body to more efficiently utilize these nutrients. Unlike other animals where there is a great deal of waste, the entire cricket is ingested.

Good For the Environment?

Beyond being nutritious, eating insects may also be good for the environment. The reason is crickets are both easy and efficient to farm. They are cheap to source with a minimal eco-footprint. They require less infrastructure  and don’t mind living in highly dense populations. Crickets also reproduce more quickly and have shorter life spans than livestock. They grow twenty times faster than cows, resulting in quicker production and less resources needed.

Crickets also require a fraction of the food and water to produce the same quantity protein that cattle, chicken, or other plant crops produce.

Edible insects, such as crickets, also carry a lower risk of passing on disease to us than livestock and require no use of antibiotics to raise. In 2013, The Food and Agriculture Organization of the United Nations proposed that insects were the “food of the future.”

Which While the FDA does try to keep bugs out of your food, they do allow crickets to be consumed as long as they are produced, packaged, stored and shipped in a clean and wholesome manner. In other words, they must be raised for consumption and not caught in the wild. In recent years, numerous budding entrepreneurs have caught on to the buzz and have started to harvest crickets.

How is Cricket Flour Made?

Generally, crickets are frozen prior to harvesting them. Not only is it a more humane way to kill them, but it is much easier to process and ship them when they are not jumping around.To make the flour, the crickets are dry roasted in the oven and then milled. The result is a soft flour-like texture with a dark brown hue. 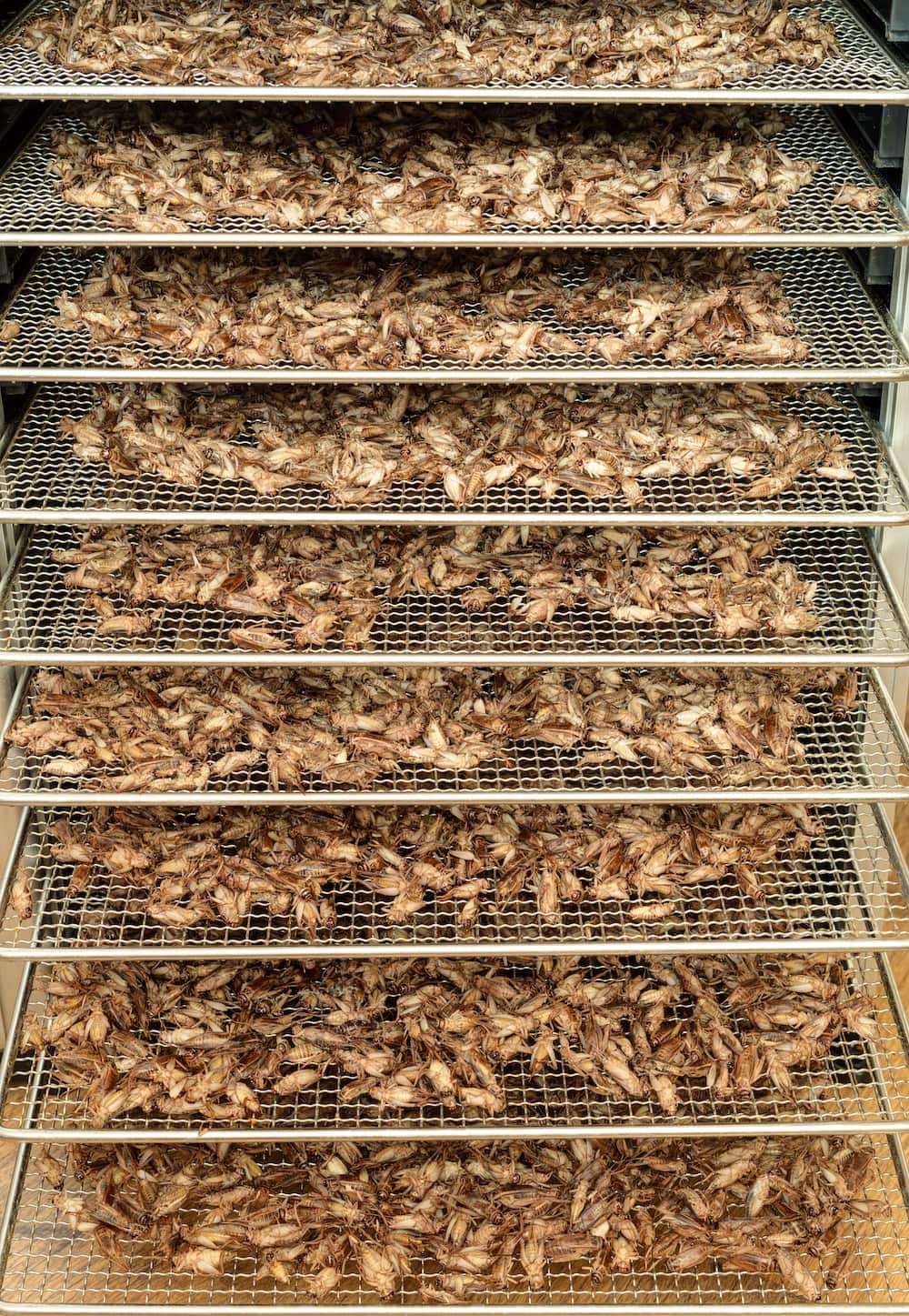 If you’ve made it this far, you’re probably able to stomach this: Cricket flour has a mild, slightly-nutty taste, with no hint that you are eating insects. And it’s finely ground (so don’t worry, you won’t find any antennas or legs poking out).

If you are feeling adventurous and want to try cricket flour, be sure to buy from a reputable source. You will want to avoid catching and eating crickets that you find in your house and backyard, as you don’t know what they eat or if they have previously been exposed to pesticides.

Note: If you have a crustacean shellfish allergy it is quite possible that you will also be allergic to crickets because crickets are actually crustaceans.

If you want to try adding insects to your regular meal plan, cricket flour is a good place to start — which is why it’s often referred to as the “gateway bug.” Try replacing one-third of your regular flour with cricket flour in your baking to give your breads, cookies, pancakes, and muffins a nutritional boost. Cricket flour can also be added to smoothies, your morning oatmeal, sprinkled into a stir fry, stews, quiches, or in breaded fish or chicken. Even try homemade cricket pizza dough!  Just a little over one tablespoon of cricket flour has seven grams of protein.

While you might not be replacing your next juicy steak for cricket du jour, the nutritional benefits, along with the sustainable and environmentally friendly industry, makes for a pretty strong case for trying cricket flour.  Perhaps the biggest hurdle faced will be to convince people to view bugs as more than just creepy crawlies, but as an eco-friendly source of nutrition.

Still not convinced? See how one expert bakes with cricket flour:

What do you think? Would you ever give cricket flour a try?

Natalie LaVolpe is a freelance writer and former special education teacher. She is dedicated to healthy living through body and mind. She currently resides on Long Island, New York, with her husband, children and dog.
Previous Post
Next Post
Subscribe
Login
11 Comments
Oldest
Newest Most Voted
Inline Feedbacks
View all comments

I just looked and the cheapest I found on Amazon is almost $30/lb. I’d try it if the price were comparable to the proteins I eat now, but that’s extremely high.

Hi Tim, the good news is that you’d only need a very small amount. If you chose to purchase, it would probably last a long time based on the amount required in recipes, etc. Let us know if you decide it give it a try!

I would try it but not at that price! However, Susan says little is needed, but when is that true?

I dunno… as a motorcycle rider, I think I already eat enough bugs!
As for trying it on purpose, probably not, unless in the future I’m real hungry. Then I’d try not to think about it as I ate it. (them?)

Sure, I would try it. With all the poison that is now being used on wheat fields, this has got to be a better alternative.

I’d try it. There’s a bug museum in New Orleans and they offer all kinds of edible bugs in their cafe. I had the bbq crickets and the sriracha mealy worms. They were both fine. I’d use it as an alternate flour for pancakes and things.

Hi Victoria, terrific and brave! If you make it to the cafe, let us know what you think or share any photos on our Facebook page!

Just curious, approximately how many crickets are needed to be milled into a pound of the flour? Could this be part of a solution to famine in drought stricken countries?

Hi Sheila, according to our sources, it takes approximate 5,000 crickets to make a pound of flour. And you’re on the right track. Cricket flour is a very sustainable, alternative protein source. As we say in the article, they require a fraction of the food and water needed to produce the same quantity protein that cattle, chicken, or other plant crops produce.

Aren’t these the exact conditions for creating a new Coronavirus?