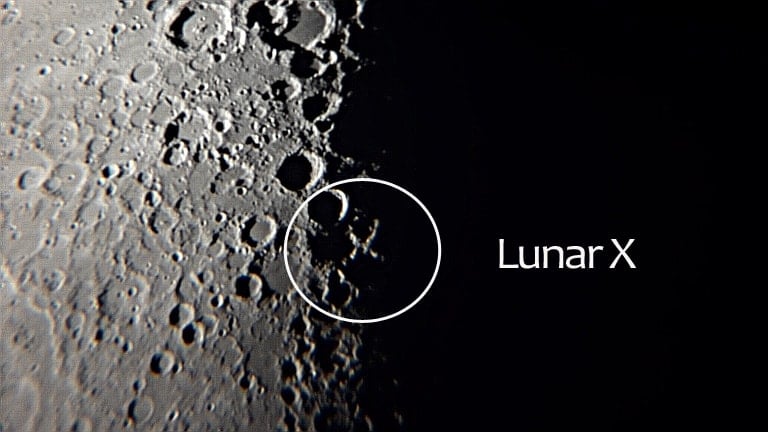 Of all the letters in our Roman alphabet, X is perhaps the one imbued with the most intrigue. The letter that represents an unknown quantity in an algebraic equation, X has come to be associated with anything unknown or mysterious, as in Planet X and X-rays.

It can be the symbol for a destination on a map—perhaps of a buried treasure, as in “X marks the spot”—or a kiss. It was once even as good as a signature in the time before most people were literate.

And despite the protests of many who see the abbreviation “Xmas” as a sacrilege, X has long been used by religious scholars as a symbol to represent Jesus, because it’s the Latin equivalent of the Greek letter Chi, the abbreviation for “Christ.”

What is Lunar X?

All of that might make it seem a little eerie that a great big letter X graces the surface of the Moon. But the Lunar X, as it’s most commonly known (other names include the Purbach cross or the Werner X), isn’t a message from some distant alien race, or the ingenious hiding place for an extraterrestrial treasure.

Actually, the X isn’t even real; it’s just an optical illusion created for a very brief time each month when the light from the Sun reflects off of the ridges of a group of three lunar craters—Purbach, LaCaille, and Blanchinus—at just the right angle.

A Case of Pareidolia

Lunar X is an example of pareidolia, or the tendency of the human mind to discern familiar objects when looking at random patterns. The name for this phenomenon comes from the Greek words for “image” and “instead of.” In other words, pareidolia is when we see an image of something instead of what’s really there. This same process is what allows us to imagine shapes in the clouds, star formations, abstract art, and even burn marks on toast.

Scientists suggest there is actually an evolutionary advantage to pareidolia. By using this form of mental shorthand to instantly match new visual data to stored memories, our prehistoric ancestors were able to recognize food sources or predators more quickly. And for our forebears, those split seconds could make all the difference between eating or being eaten.

The mental process responsible for pareidolia takes place in the same part of our brains that is responsible for facial recognition, which is probably why so many examples of the phenomenon involve imagining human faces, such as the Man in the Moon or New Hampshire’s late, great Old Man of the Mountain.

The first documented sighting of Lunar X was made by Tennessee astronomer Dr. William Busler in June of 1974, though it’s likely that the feature was known informally prior to that. It wasn’t until the mid-2000s that stalking the feature became popular, thanks to reports published on the Internet.

The phenomenon is visible for a few hours each month, about six hours before the Moon enters its First Quarter phase. The bright silvery X appears right along the lunar terminator, the line that separates the light and dark sides of the Moon.

The feature, which can be seen in daylight, sits on the lower half of the Moon’s surface, which is pocked with numerous craters. Though it can’t be discerned with the naked eye, a good set of tripod-mounted binoculars or a small telescope are all that’s needed to find it. Just slowly follow the terminator line upward from the bottom edge of the Moon until the X comes into view.

Check our Moon Phase Calendar to know when the Moon is in the First Quarter Phase.

Once you’ve spotted the X, you may want to look for the Lunar V, another “letter” formed by light bouncing off of the Moon’s craters. The V sits on the terminator line at the same time as Lunar X, but much higher up. Because it’s a bit larger and more pronounced, Lunar V remains visible for a little while after the X fades.

We would like much more of this. Keep it up, and God bless you

Once you’ve eaten the sweet kernels off your corn on the cob, let the cobs dry out in the sun. Then store them in a dry area and use them as fire starters.
More hints & tips 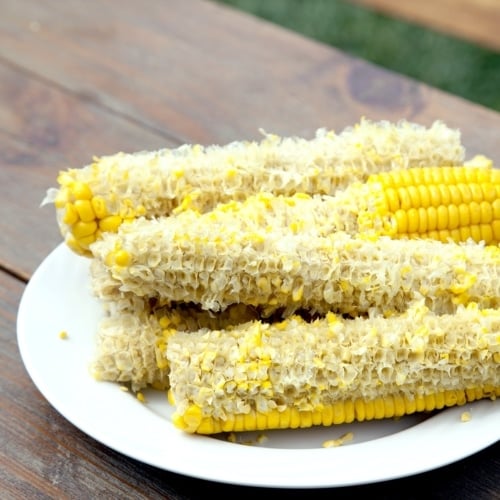