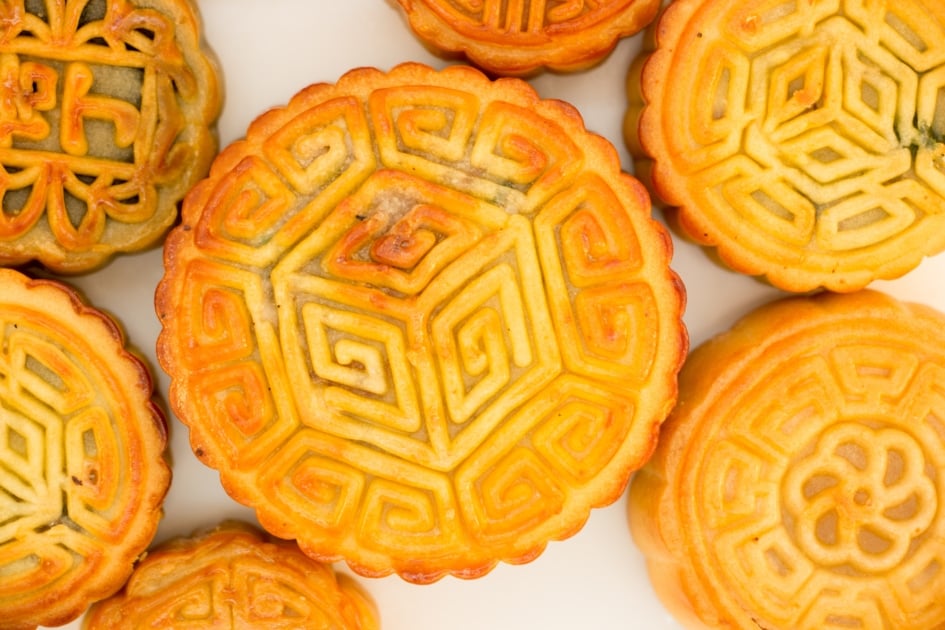 When it comes to autumn, there is no short supply of traditional food and drink to usher in the new season—warm cider, crisp apples, pumpkin spice immediately come to mind. But in Asian cultures, autumn is a time to feast on mooncakes, which are the signature food of the “Mid-Autumn” Festival, also called the “Mooncake Festival,” a cultural and religious holiday that celebrates the Harvest Moon and the autumn harvest.

Ancient Chinese emperors worshiped the Harvest Moon as they believed it would bring them a plentiful harvest the following year.

The tradition of eating mooncakes during the festival began in the Yuan Dynasty (1279–1368), a dynasty ruled by the Mongols. It is said that secret messages to rebel against them were communicated through the artwork on mooncakes.

Not to be confused with “moon pies,” mooncakes are baked, round pastries (in the shape of a full Moon, although some can be square-shaped) and contain either sweet or savory fillings.

Sweet fillings include sweet bean paste or lotus seed paste wrapped around a salted duck egg yolk (the most popular); savory fillings include ham, Chinese sausage, or roast pork and radish. Another traditional filling is mixed nuts and dried fruit. The fillings are wrapped in a layer of dough, decorated with beautiful and intricate designs that reveal what’s inside, then baked to a golden brown. Truly works of art!

Today, new variations of mooncakes have emerged, with fillings that range from apple pie filling, ice cream, tiramisu, and jelly. The pastries are large enough to be quartered and shared with loved ones—each is almost 3 inches in diameter—and the sweet versions are so sweet, it is said a small piece is all you need. This is why smaller, bite-sized versions are becoming more the trend.

The baked treats are usually eaten after dinner while admiring the Moon when it’s at its fullest and brightest.

What is The Mid-Autumn Festival?

The Mid-Autumn Festival, also called the Moon Festival or Mooncake Festival, is a time for families to get together, similar to Thanksgiving, to celebrate the autumn harvest. It is the second most important festival in China after the Lunar New Year and traditionally falls on the 15th day of the eighth month of the Chinese lunar calendar, which is in September or early October on our Gregorian calendar.

In 2022, the Mid-Autumn Festival falls on Saturday, September 10, (which is August 14 on the lunar calendar).

Because the festival is a time for families to get together, many legends are told during the celebration. One of the most popular legends is about Chang’e, the Chinese goddess of the Moon. In Chinese culture, it is believed she lives in the Moon, along with her pet rabbit, and she makes the mooncakes, which is how they got their name.

in shock.. figured was an American book guess no.

They are lovely & I would imagine very tasty…….it is a amazing tradition and I hope it is never forgotten. We try to put aside all our long past traditions of ways we celebrate……..way to much it seems. Thank you!

It would have been nice to get a basic recipe for the mooncakes (fillings are optional) and reference to the type of pan used to bake them in, or at least where to buy mooncakes.

Amazon has montages for sale.

Hi MariaRose, we included the video which has instructions on how to make them. But we’ll link to an authentic recipe.

To remove candle wax from candlesticks, tablecloths or clothing, simply pop the item into the freezer for about 30 minutes. The wax will flake off easily.
More hints & tips 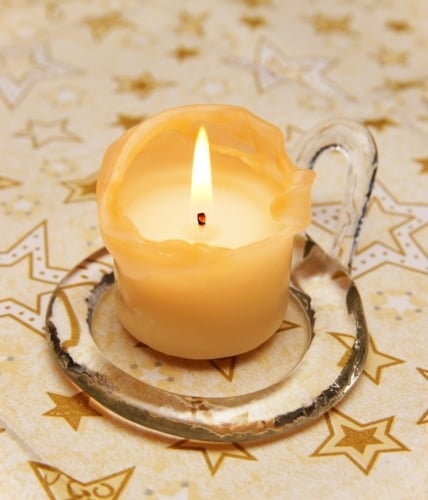