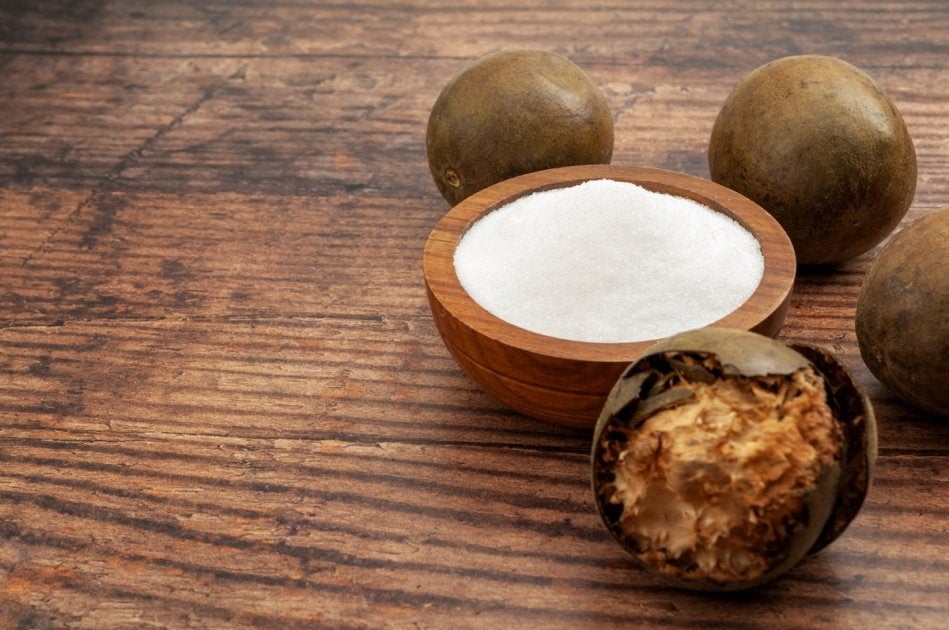 Are you on the hunt for a healthy, better-tasting sugar alternative? Many substitutes on the market are chemical-laden with questionable side effects. So how do you know which to choose? Monk fruit may be what you’ve been looking for.

What Is Monk Fruit?

Monk fruit belongs to the cucurbitaceae or gourd family and looks similar to a small green melon. Also known as luo han guo, it grows in the warm climates of the steep mountains in South East China and Thailand. It’s also called “Buddah fruit” due to the numerous Buddhist temples surrounding the growing region, coining its name, “monk fruit.”

Monk fruit has been used since the 13th century as a traditional Chinese herb. Buddhist monks nicknamed the fruit Lohan or Arhat fruit, which refers to someone who has achieved the highest level of consciousness or nirvana. Monks believed this fruit would bring long life, which is also why it’s also known as the “longevity fruit.”

Why Monk Fruit As A Sweetener?

Monk fruit extract is a natural, zero-calorie sweetener that’s high in compounds called mogrosides which are what give it its sweetness. The fruit itself contains natural sugar (fructose and glucose), but it’s not the natural sugars that are responsible for its sweetness. These sweet tasting antioxidant compounds have gained in popularity in recent years as a sugar substitute. The extract is roughly 200-300 times sweeter than traditional sugar, delivering the same sweet taste we crave, minus the negative impacts associated with sugar.

Ready to kick the sugar habit? Try these easy strategies.

Monk fruit goes through a lengthy extraction process to draw out the sought-after sweetener. The process involves removing the seeds and skin of the fruit and crushing to extract the juice from the fresh fruit. It is then filtered and dried into a concentrated powder.

Users claim that the taste is pleasant, with very little aftertaste. Because monk fruit is much sweeter than traditional sugar when consuming straight (not mixed with other sweeteners), you need to adjust the amount you use.

Monk fruit can be used just like you use regular sugar, as it dissolves and blends well, offering a sweet and rich flavor. It’s a great no-calorie option to sweeten your coffee, tea, lemonade, or smoothies.

Monk fruit is also heat stable, allowing you to swap it for regular sugar in some of your favorite desserts, like puddings and cheesecake. Some manufacturers recommend using half the quantity of the amount of sugar called for in the recipe (read labels). It also doesn’t really deliver in baked goods that require browning.

Monk fruit has been used for centuries in China to relieve common ailments, such as cough, sore throat, digestive problems, and fever. While modern research on monk fruit extract is still relatively new, it appears to be a healthy sugar substitute. Studies even indicate that it may carry a host of health benefits.

As mentioned, this unusual fruit provides a zero-calorie and zero carbohydrate sweetener which is an appealing option for diabetics and people on low glycemic diets. This allows people with glucose metabolism issues to enjoy a sweet treat without spiking their blood sugar levels. Studies show it can stabilize blood and insulin levels after consumption. The antioxidant properties of the mogrosides seem to have the ability to stimulate insulin secretion in the body. Additionally, studies indicate that it can possibly reduce kidney damage, a diabetic-related ailment. Monk fruit sweetener is a great way for a diabetic to enjoy a sweet treat without worsening their condition.

Many artificial sweeteners contain possible cancer-causing properties. Monk fruit, on the other hand, may actually have the opposite effect. The mogrosides are effective in reducing free radical damage, aiding in reducing DNA oxidative damage to the cells. Studies suggest that the monk fruit extract has an anti-carcinogenic effect, inhibiting tumor growth, while also providing proteins that aid in fighting cancer.

The reason the buddist monks coined this fruit the “longevity fruit” may have something to do with its ability to fight fatigue. Studies done on mice, indicate that the extracts of monk fruit successfully reduce fatigue and extend exercise time.

Siraitiflavandiol, a bioactive compound present in monk fruit, has been shown to combat infections, slowing the growth of certain bacteria, especially oral bacteria linked to tooth decay and periodontal disease. It has also been shown to fight candida (yeast) symptoms and growth, such as oral thrush.

Replacing sugar with a healthy alternative, such as monk fruit, can help lower your overall sugar and caloric intake without having to sacrifice your sweet tooth entirely.

Research shows that when used consistently, monk fruit can help to reduce histamine levels in the body, which are responsible for inflammation, itchy eyes, coughing, and runny nose. It may even help to reduce asthma symptoms.

While monk fruit has been consumed and revered for centuries in Asia, the scientific research is limited due to its somewhat recent introduction into western kitchens. Based on the current research to date, there are few reported downsides or risks associated with using monk fruit as a sweetener. It is deemed safe for adults, children, and pregnant/nursing women. Some users have noted an upset stomach, bloating, or headache if taken in large quantities. As with consuming any new product, it is best to start slow.

Because fresh monk fruit has an extremely short shelf life, you won’t find it in your supermarket. Since the FDA approval in 2010 and the increased demand, it has become widely available in a variety of forms: liquid extract, powder, and granules which you can find at your favorite health food store and online.

Be sure to check labels, as monk fruit products are commonly mixed with other sweeteners, fillers, or additives.

Tell us: have you tried monk fruit sweeteners? Share your thoughts in the comments below.

I’ve been using monk fruit for months, and all seem to include erythritol as well. It does not taste sweet to me, so I use well over a tablespoon per cup of tea, 2-3 times a day. The last few weeks I’ve had terrible all day headaches and upset stomach. After study this morning I stopped and switched back to sugar. This was the latest artificial I had to stop as I developed allergies to all the others. No headache today – I’m free and no more monkfruit. I’m not sure if it’s the fruit or the erythritol, but I’m just glad my headache stopped.

I love it! It tastes so much like sugar. Stop and Shop, has it in the natural foods isle.

Of course Amazon is apparently sponsoring this article so it’s anyone’s guess on the possible health benefits proving true.

Hi Martin, Amazon has nothing to do with the content we deliver to our readers. They only sponsor the products that appear on this page.

Want to make banana bread but your bananas aren't quite ripe enough yet? Use your oven to speed-ripen them! Place unpeeled (but not green) bananas on a parchment-lined baking sheet and bake for 35-40 minutes at 300 degrees F. The peels will turn black, and the fruit will be soft -- perfect for banana bread. Let cool before peeling.
More hints & tips 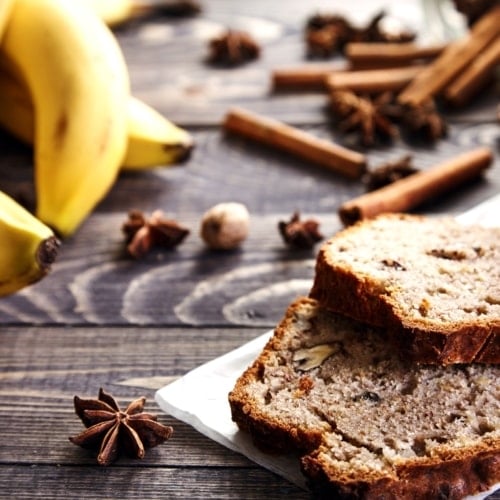