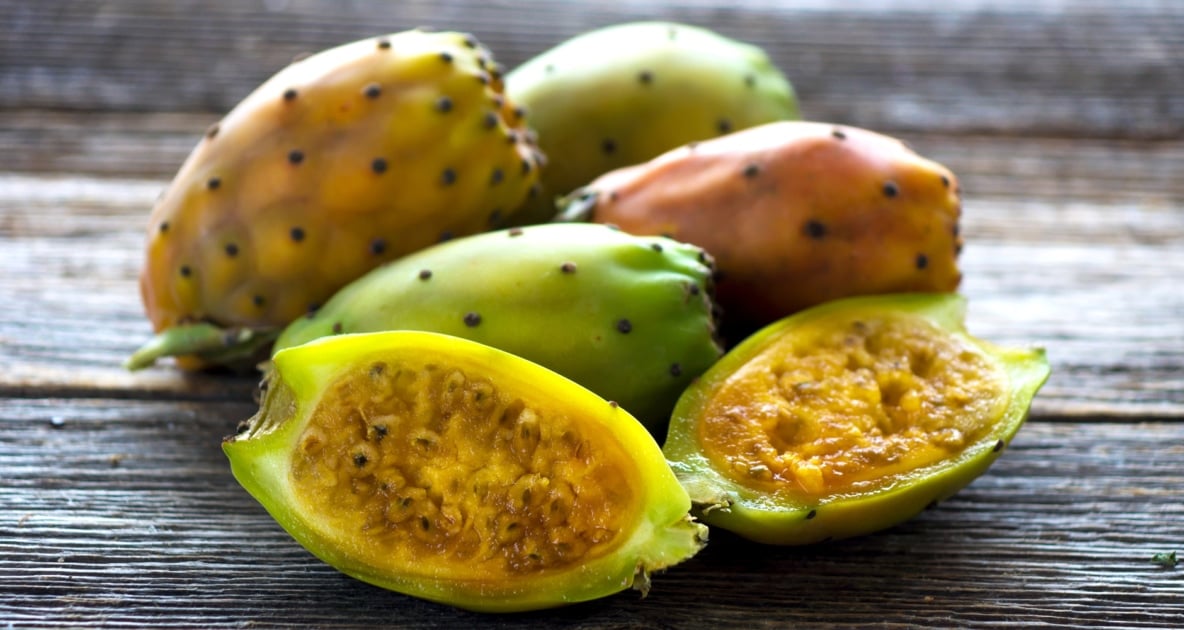 One of the many unusual fruit varieties that’s begun popping up in grocery stores around the country in recent years is the cactus pear, also known as the prickly pear, cactus fig, or tuna fruit. These strange-looking fruits are, true to their name, the annual edible growth of the prickly pear cactus, native primarily to the southwestern United States and Mexico.

What Does A Cactus Pear Taste Like?
The flavor of a cactus pear is sweet, but somewhat bland, similar in flavor to a melon. Despite the name, the fruit is not actually a member of the pear family. It was simply named that because the prickly fruit resembles a pear in size and shape. The pads of the prickly pear cactus, called nopales, are also edible, but are not commonly available outside of their native region. Unlike the fruit, nopales are not sweet, but are tart and crisp.

Cactus pears come in a range of colors, from lime green through yellow, orange, and beet red. The colors are a natural variation, and do not indicate maturity. They are covered in rough bumps, called glochids, bearing many tiny, sharp spines.

How To Eat A Cactus Pear
To eat a cactus pear, it is important to first remove the spines. If picking your own, be sure to wear thick gloves when removing the glochids. One traditional method for removing them is to roast them off in an open flame, such as a campfire. You can also use something abrasive to brush them off, or just cut them off with a knife.

If you’re buying a cactus pear from the store, the spines should have already been removed, but you’ll still want to remove the tough outer skin. Using a sharp knife, slice off both ends of the cactus pear and discard them. Next, cut a long vertical slice along the length of the body of the cactus pear. Take hold of a corner of the thick skin and carefully peel it back, away from the flesh of the fruit. If this proves too difficult, simply slip your knife under the skin and cut it away.

The fruit contains many small seeds, which are edible, though many people choose not to eat them. If you don’t mind the seeds, it can be a wonderful treat to just slice into a cactus pear and enjoy it raw. The sweet juice also makes a great addition to beverages, such as lemonade or mojitos, and can be made into jelly, sorbet, or any number of other sweet treats.

Here are some recipes to help you get to know this curious fruit:

Keyword prickly pear benefits for skin
Tried this recipe?Let us know how it was!

Keyword prickly pear salad dressing
Tried this recipe?Let us know how it was!

Did you know you’ll need a torch to harvest these fruits in the wild? Take a look:

I have eaten this fruit in Peru, while working there , it tastes like Red watermelon it is delicous even raw. We cut off both ends, and sliced the skin and peeled it off. You’ll love it!

you still havent told me what a cactus pear is

I would like to grow these. Where can I get some to plant in my garden?

In Morocco Cactus fruit are a huge part of tradition, and we always have them in the house most of the time. There is no such thing as a celebration without cactus fruit there. 🙂 The best thing ever! 😀 😀 😀 Here in MN I buy them from the farmers market, but nothing can compare to the taste of freshly picked cactus fruit of all colors, and flavors.

I pick the fruit with tongs and rinse outside in a bucket and disgard the water. Then I boil water in a pan and throw as many pears in it so that the water continues to boil, probably 2 minutes or a little more. Put them in an ice water bath for 5 minutes or so. At this point I can peal them with my bear hands, no stickers at all. It is not as easy to remove the skin as with a tomato, but it peals off way easier and no special handling.

Cactus Pear grow everywhere where I live in Palestine. I myself have 10 very large cactus plants over 12 ft in height. Here people including myself will soak the cactus pear unpealed in water for an hour or two. This makes the nettle like spines soft and will not pierce your skin. It is much easier then roasting or any other method I have found. Also, people here eat them in the morning with a slice of bread to help prevent any constipation. It is said that the seeds in the cactus pear help scrape the intestinal wall clean. Thus people here use it as a way to keep their digestive tract healthy.

Cactus pears will not contipate you. What happen is if you’re not careful! when ever you peel them you must take a look at the bottom part of it. It has like a liitle star ring on the bottom and it has been told to us by our ancestors that if we eat that part we might have problems when we evacuate I have seeing mostly children getting into this unpleasent situation due to the fact that cactus pears are so sweet and tempting to eat that little children don’t pay attention on removing the bottom part that I mentioned.

I absolutely LOVE cactus pears, although they’re difficult to find around here. Sliced up with lime juice & sea salt = perfection! Be careful though…too many will make you reeeaaalllly constipated! 🙁 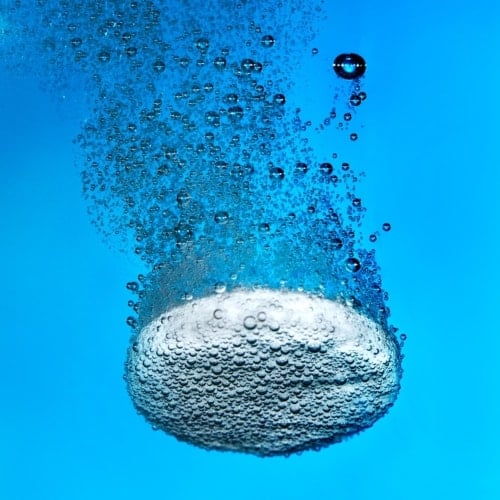