At this time of year, ice cream seems to be a much more sought out dessert/snack than ever. Perhaps it’s the idea of indulging in something cool on a hot day. Whatever it is, there’s nothing like an ice cream treat now and again. But did you ever wonder where ice cream came from? In honor of Ice Cream Day, the 3rd Sunday in July, we thought we’d scoop up some history of this delicious frozen treat.

It seems that the early history of ice cream is widely in doubt. There are many different stories and accounts. Although chilled or iced drinks were known in the biblical world, the Chinese most likely were the “inventors” of iced desserts.

Emperor Nero of Rome is recorded as being the first to serve a frozen dessert to his guests. As the story goes, teams of runners ran from the mountains carrying fresh snow, which was flavored with honey, juices, and fruits.

After Marco Polo visited the Far East, he returned with a recipe for flavored ice to which milk was added. The Italians adopted the dish and it spread throughout Europe. Later, cream was substituted for the milk. Charles I of England was very fond of this unique dish and had a French chef who made it for him. His son, James II, paid one pound apiece for “A dozen dishes of ice cream” in 1686.

When the colonists came to America, they brought recipes for frozen desserts with them. The first known mention of ice cream in America was in a 1700 letter written by a guest of William Bladen, Governor of the Maryland Colony:

A Great Variety of Dishes, all serv’d up in the most elegant way, after which came a Dessert no less curious; among the Rareties of which it was Compos’ed was some fine Ice Cream which, with the Strawberries and Milk, eat most Deliciously.

Ice Cream Day is celebrated on the third Sunday in July, which means it’s Sunday, July 18, 2021. President Ronald Reagan is credited for this sweet holiday. He wanted to commemorate a treat enjoyed by over 90 percent of the US population. In 1984, he decreed a day for ice cream and his proclamation gave the dairy industry in America an economic boost.

What’s your favorite ice cream flavor? Be sure to let us know in the comments below!

Last edited 10 days ago by Your Mom
0
Reply

Need to measure something? In a pinch, remember a dollar bill is about 6" long!
More hints & tips 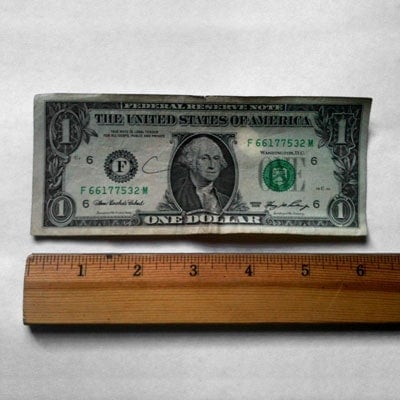