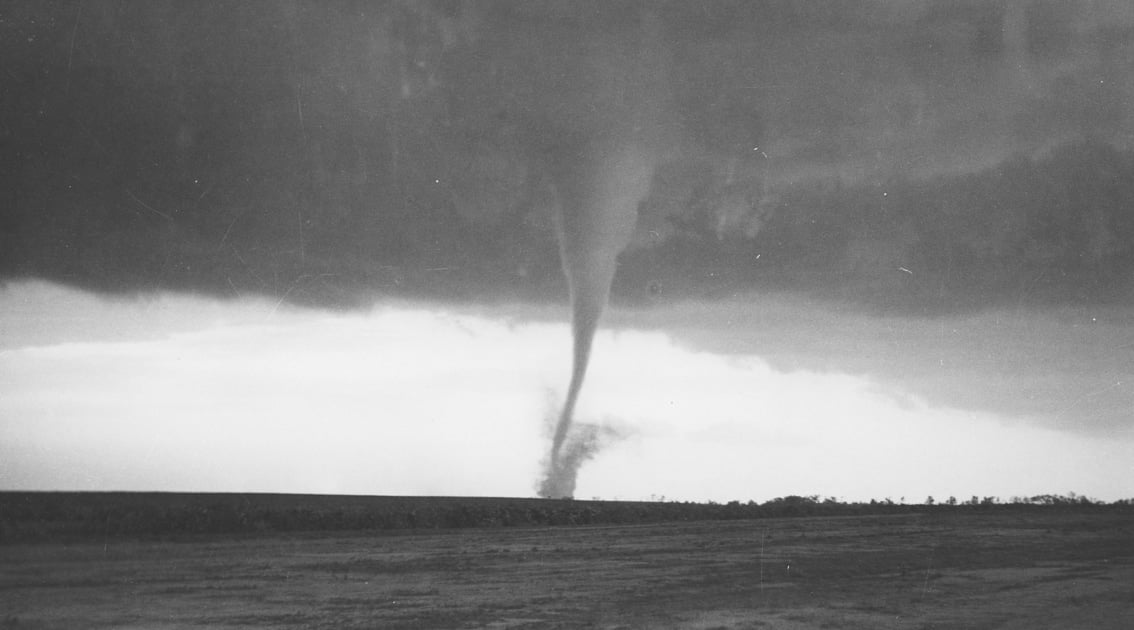 Weather records are broken all the time. Here’s a look back at some June weather oddities and record breakers over the years.

June 1, 1812 — A Cold Day
According to David Ludlum, a weather historian, snow was on the ground in Cleveland, OH, and Rochester NY.

June 6, 1816—Temperature Extremes
Salem, MA reached 92 degrees during an early heatwave, but then plunged 49 degrees in 24 hours. This, according to Ludlum, was the beginning of “the year without a summer.”

June 10, 1752–Memorable Storm
Many believe that this day is the day that Benjamin Franklin narrowly missed electrocution while flying a kite during a thunderstorm.

June 27, 1955 – A White Tornado?
This was the largest and most devastating tornado in the history of western Nebraska. At the time, it was considered to be the most photographed tornado occurrence in history. The below video shows what witnesses reported as “a white tornado.” The weather bureau assessed the width of the funnel as about 750 feet wide, with a dust cloud wider than a mile, rotating at 484 miles per hour.

June 15, 1989 -Terrifying Thunderbolts
In the Southern Mid-Atlantic States thunderstorms produced severe weather. They spawned eight tornadoes, including strong (F-3) tornadoes that injured three people in Mountville, PA, and four in Columbia, PA. There were reports of large hail and damaging winds, including wind gusts of 80 mph at Norfolk, VA, and Hogback Mountain, SC.

June 21, 1989–First Day of Summer?
It didn’t feel like the first day of summer in the northern and central Rockies. In Colorado, 15 inches of snow was reported at the summit of Mount Evans. In Wyoming, 18 inches was reported at Dickinson Park. Heavy rain continued in the eastern half of the country with Huntsville, AL, reporting a record 11.65 inches for the month, compared to the 0.17-inch rainfall total in June 1988.

June 21, 2005–Hail of a Day
People who live in Colorado must not look forward to the first day of summer. Again, on this summer solstice day, a weather extreme was recorded. A slow-moving thunderstorm dumped up to a foot of hail in southeastern portions of Colorado Springs, Colorado. Snowplows had to be used to clear a route through a major thoroughfare in the city. Heavy rainfall from the storm left up to 4 feet of water in city streets, trapping dozens of motorists.

June 30, 1972–Early But Deadly Hurricane
The entire state of Pennsylvania was declared a disaster area as a result of the catastrophic flooding caused by Hurricane Agnes, which claimed 48 lives, and caused 2.1 billion dollars damage. Agnes actually made landfall on June 19 in Florida and worked its way north.

Do you remember any of these crazy June weather events?