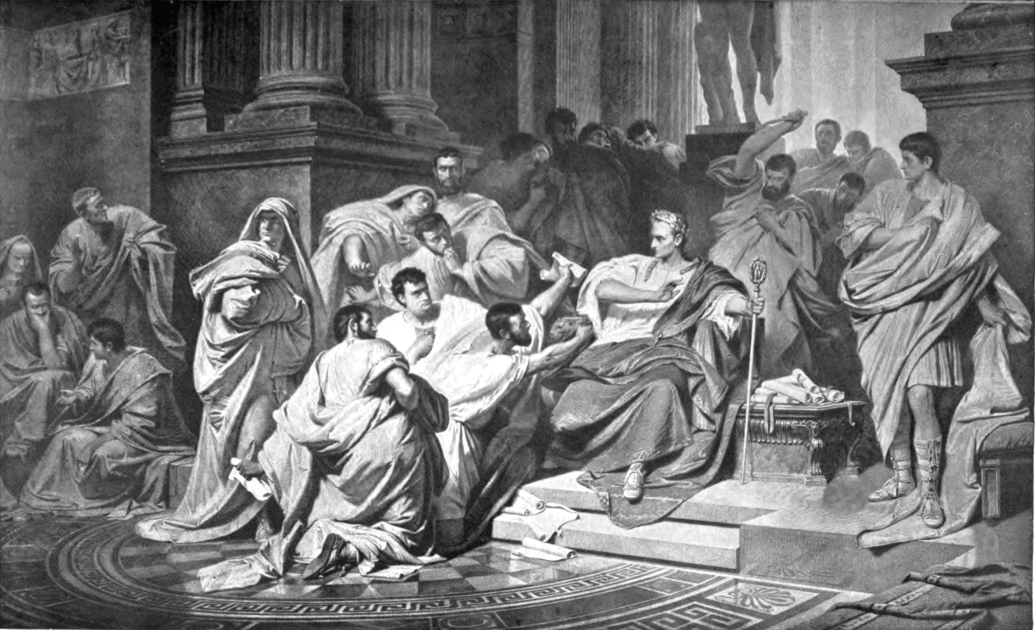 “Beware the Ides of March!” It’s a phrase embedded into our culture more deeply than “Remember the Alamo!” But what does it mean? Should we be wary of the “Ides,” whatever they are?

What Are The “Ides of March” Exactly?

Anyone who studied Julius Caesar, William Shakespeare’s tragic play about the assassination of the Roman dictator, knows the origin of “Beware the Ides of March!” well enough. It was the warning an old seer woman gave Caesar, and one he would have done well to heed. But before we get to that, let’s clarify what the “Ides” even are.

In simplest terms, the “Ides of March” refers to March 15th. But the day had greater significance than just a random date.

Though our modern calendar is a direct descendant of the ancient Roman calendar, there were also many differences. For one thing, while we number the days of each month sequentially, from one to 30 or 31 (or 28 or 29, in the case of February), the Romans, who always loved a party, counted backward to the next festival. Their calendar was literally a series of countdowns.

These countdowns moved toward one of three fixed points in each month: the Nones, which fell on the 5th or 7th, depending on the length of the month (March, May, July, and October were the longest months); the Ides on the 13th or 15th; and the Kalends, which began the following month. So the Roman calendar didn’t have March 1 or April 5, but rather “five days until the Ides of June” or “ten days until the Kalends of October.”

Although Rome had moved away from a strictly lunar calendar by the time of Julius Caesar, these special days aligned roughly with the phases of the Moon. The month started on Kalends with a New Moon, the Nones fell during its Quarter phase, and the Ides marked the full Moon.

Because of its association with the full Moon, the Ides was considered a holy day for the god Jupiter and set aside for feasting and sacrifice. This was especially true of the Ides of March, one of the highest holy days of the year, which was special, even before it went down in infamy, because of its status as the first full Moon of the year.

Yes, you read that right. During Roman times, the first full Moon of the year occurred in March. And no, there weren’t fewer full Moons back then. The Ides of March was the first because March used to be considered the first month of the New Year.

Have you ever noticed that the last four months of the year have numbers in their names? September, October, November, and December come from the Latin words seven, eight, nine, and ten. But those names don’t make much sense when you consider that they are the ninth, tenth, eleventh, and twelfth months of the year. When you shift the beginning of the year from January to March, though, those names suddenly make perfect sense.

Julius Caesar and the Prophecy

As Emperor of Rome and spiritual head of the Empire, Julius Caesar would have naturally been expected to participate in the public festivities during this important day, despite the seer’s prophecy to “Beware the Ides of March.” Even though his wife, Calphurnia, prompted by troubled prophetic dreams of her own, also implored her husband to stay home, Caesar would not be swayed.

In fact, the historian Plutarch wrote that Caesar was defiant in the face of such admonitions, boasting to the seer moments before his death that the Ides of March had come and her prophecy had not been fulfilled. To this, the seer replied, “Aye, Caesar; but not gone.”

When Caesar arrived at the Theater of Pompey, where the Roman Senate met, he was stabbed to death by a group of more than 60 conspirators led by the senators Brutus and Cassius, former friends turned enemies in the face of the Emperor’s unchecked ambition. “Et tu, Brute?” indeed …

That the conspirators chose the Ides of March to enact their plot was no coincidence. Not only was it a day when they could count on having access to the Emperor, but the religious implications of the day would also have been at the forefront of their minds. By killing their leader on a day of sacrifice, the conspirators were sending a message that their leader’s blood was an offering to the gods, shed for the continued prosperity of their nation.

As March 15th approaches, you may be wondering if you should “Beware the Ides of March.” Unless you’re a Roman Emperor, though, chances are your biggest worry isn’t whether you’ll become a sacrificial lamb, but simply whether March will exit like one.

WELL, YOU WILL GET THE BEST CROP OF PEAS IF YOU PLANT THEM ON THE IDES OF MARCH. REGARDLESS OF THE WEATHER…..I HAVE PLANTED WITH 8 ” OF SNOW ON THE GROUND…. POURING DOWN RAINY DAY….BRILLIANT SUNSHINE….DOESN’T MATTER….BEST PEASE EVER.

As per the Lunar Calandar, the Full Moon of March is the first of the year- Spring being the beginning of the year- not the dead of Winter…. The Male Aun Cults tried to destroy the emotional nature and take us off our natural cycles with the Moon. The Sun may begin its journey back at the Winter Solstice but just as it took Christ three days to rise, it take the Sun three months through the hibernation of Winter to ride again.

Thank you for the article. It taught something I never knew. My son’s due date was the 15th of march and all through my pregnancy I heard, “Beware the Ides of March.” Not really knowing what it meant I would just smile. Fortunately, my son decided to wait until the 30th to be born, and all those “seers” had to eat their words.

Thank you. Very discriptive and helpful. My
Shakespeare is a bit rusty.

Something bad always happens to me during the Ides. I always thought it was the 10th yhrough the 15th.

Yay me! I Am an original for sure.
March 17th is my birthday. Unlike history this is a Great day of luck and power for me.
Im also a Fan of my other money win day:
Friday 13th..its alot about your outlook!

loved this article. So informative

Thanks Jaime, really had to take time tolet you know how much I enjoy this article!

Great information. I knew it already but it’s nice to read interesting things again. I love the Farmers’ Almanac. I have the print copy. Thanks!

Thank you, Gary! Glad you enjoyed it.

Thanks, Adell Forme. We have deleted that spam comment.

It used to be the day that taxes were due. Now that’s been changed to April 15.

The context of the comments left by “Going Here { 04.20.16 at 5:29 am } ” have nothing to do with this thread, and should therefore, not have been approved. Please remove it as it is just advertising.

I was told that the Ides of March were a time of the year when a warm, dry wind would blow in Rome, which was known to cause people to tend to act oddly (statistics show more crime and suicide happens when a similar wind, the Nor’wester, blows in Canterbury, New Zealand for example).

Very interesting read. I knew of Caesar being killed, but that was all. As my birthday is the 15th of March, it has always been mentioned, in one way or another, each year.

Thanks for the insight. Very interesting.

I have never heard the “Ides of March” before…this was interesting reading. I have always heard March comes in like a Lion goes out like a Lamb. I know this has proven to be true…..I would rather have snow and cold early in the month instead of later in the month. Thanks for the history lesson.

Very interesting. In weather terms, I was under the impression the ides of march were the winds of change. Thanx for the lesson….

Blond girl in Ok, Sharon was responding to an earlier comment, not making a remark about the author. Tamara said she had no idea what the term meant and I assume Sharon didn’t like being included in her”we all say it but have no idea what it means” comment. I also remember it from school, as do most people I know. The author has done a good job of informing those few who didn’t pay attention in English class.

These facts were so interesting. I knew the Caesar bit but didn’t realize the Roman calender started in March,making sense of Sept., Oct.,Nov.,Dec. Love the info the Farmers almanac supplies.

My birthday! Have been teased with it all my life- thanks for the interesting info!

We have no idea? Well maybe some don’t but please don’t speak that for everyone. I’ve known what the term meant since 7th grade English class reading Shakespeare as it was mandatory.

Thanks for an informative piece of history. We all say “the Ides of March” but really have no idea why so now you have given us the reason. Also the journalist’s last name is the same as mine. 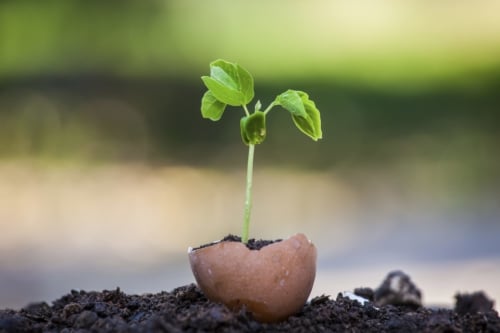