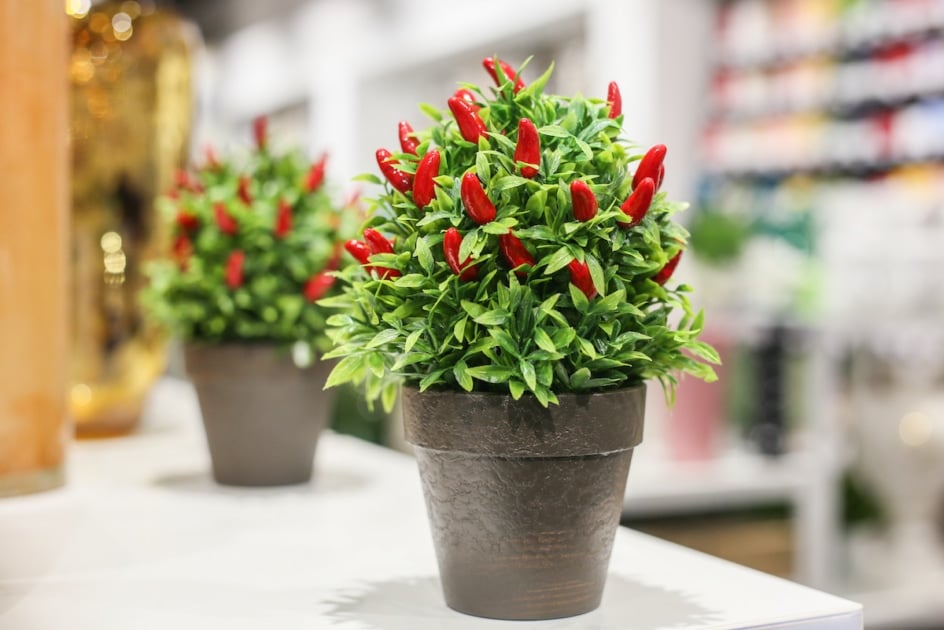 This year as you decorate for the holidays don’t forget the peppers! No, not the kind you use in salads or stuff with rice and meat, but the decorative variety that was once even more popular to give at Christmastime than poinsettias!

What Are Christmas Peppers?

The Christmas pepper plant is a chili pepper that can be grown as an indoor annual. The plant has relatively low sunlight requirements, only needing about 2—4 hours daily in an east or west-facing window, and rewards its owners with a profusion of fruits in ripening shades ranging from pale green to yellow, orange, and red. With the red peppers against green leaves and the fact that the peppers are shaped a bit like Christmas lights, these plants make for quite the Christmassy display.

Where Did Christmas Peppers Come From?

Peppers have been used as décor since at least the 16th century when Europeans would use them as ornamental plants rather than food. By the 20th century, Christmas peppers became popular along with the Jerusalem cherry and the poinsettia as part of Christmas displays.

So why aren’t Christmas peppers as popular today? It may have something to do with the way poinsettias cornered the potted plant market. In the early to middle 20th century, the Ecke family of Los Angeles put serious effort into producing new poinsettias that were sturdier and longer-lasting, and with that, they also promoted these plants such that they became the popular Christmas decoration they are today. Unfortunately for the Christmas pepper, poinsettias received no such promotion and fell by the wayside.

Caring for a Christmas Pepper Plant

Sunlight requirements—only those two to four hours a day—are what makes these plants ideal as a houseplant, especially in the winter when there are fewer daylight hours. Other than that, to keep a Christmas pepper fruiting, all you need to do is make sure that the potting soil stays well-watered, moist but not too soggy. These plants will grow in conventional potting mixes and only need to be repotted every year or two as they outgrow their pots. And if you don’t pick the peppers, they’ll stay plenty pretty and colorful for several weeks to months, which makes them ideal as decoration.

Can You Eat The Peppers?

Read Holiday Plants: How Safe Are They?

You can purchase Christmas pepper plants at any home and garden center or greenhouse. You can even order them online and have them delivered as a holiday gift!

Will Christmas peppers make a comeback? Only time will tell, of course, but one thing is certain: Even if poinsettias and other plants overshadow them, these spicy little peppers will always have a place in our holiday décor.

Do you know if they will tolerate Florida’s hot Summers? 9A/9B

Very interesting, but I’ll stick with the red poinsettias.

I think they are prettier than poinsettias. A touch of whimsy in the winter!

Clean The Grill With An Onion

Clean your grill without chemicals or a lot of elbow grease! Simply use half an onion! Onions have natural antibacterial properties and help deep clean the grates. First, get the grill nice and hot to burn off any remaining food. Next, cut an onion in half and pierce it with a long grill fork. Scrub the onion face-down over the grates to remove built-up gunk.  Then just toss the onion right into the hot coals (charcoal grills only!) when you're finished to add a little extra flavor to whatever you're grilling.
More hints & tips