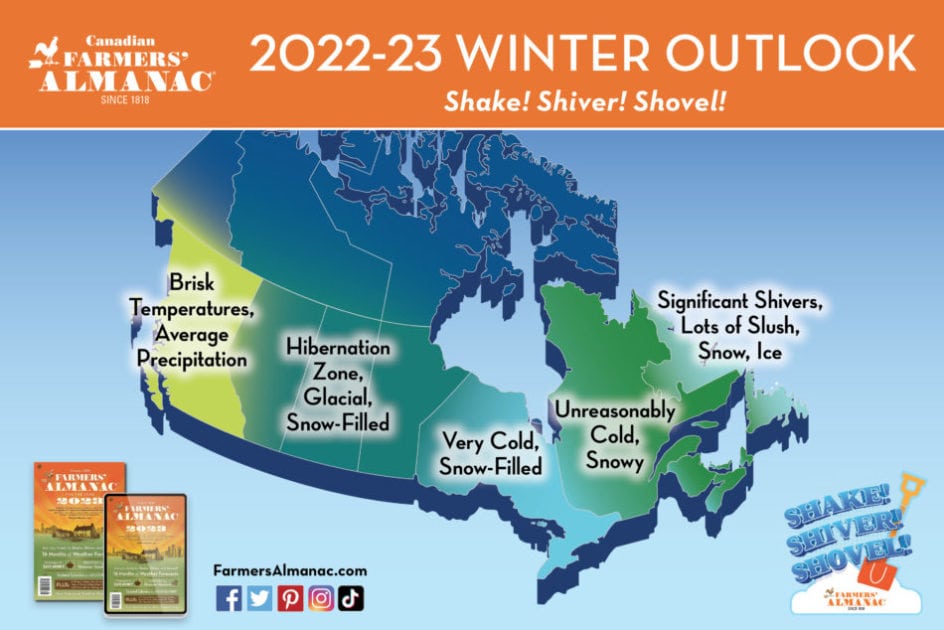 The big shake-up this winter season will be frigid temperatures that will flow into many areas—especially across the Rockies and Prairies. During the month of January, Canadians may see one of the coldest arctic outbreaks in recent years with temperatures reaching as low as -20 to -40°C!

The Farmers’ Almanac suggests a stormy winter in on schedule especially for most areas of the country. An active storm track that will travel across eastern North America, running from the western Gulf of Mexico to the northeast—across the New England region of the US and up into the Maritime Provinces. This means that places to the south and east of the storm track (the Maritimes) will see a good number of cold rains, and many days filled with wintry mix storms bringing snow, sleet, ice, and rain to the areas.

Areas north and west of this active track- Labrador, Newfoundland, Quebec, Ontario, and the Great Lakes—will more often-than-not will see winter’s precipitation fall as snow, and sometimes a lot of it.

British Columbia should see about average amount of winter precipitation, but with brisk temperatures, skiing should be decent this upcoming season.

A few snowy days to take note of include January 20-23, where stormy conditions are forecast for Ontario and Quebec, and January 24-27 for the Prairie Provinces receiving a decent amount of snowfall. In February, especially for eastern areas, there’s a possible nor’easter that may drop as much as 30-60 centimeters of snow in some areas between the 16th-19th.

Farmers’ Almanac offers 16 months of weather predictions for Canada starting with September 2022 going through December 2023 on its website at FarmersAlmanac.com.

Stay-at-home mom Kelly Richards from New York after quitting her full-time job managed to earn an average of between $6,000 and $8,000 a month freelancing at home…

Wow! So interesting! We live in Branson, MO and my onions were harvested with 5 layers! I’ve never seen 5 layers! This forecast confirms that.
Was there a typo with it saying it’s going to be 20°- 40° Celsius? Because that’s not exactly cold. Did they mean -20°?

Hi Leanne,
That’s crazy about the onions! They must know something 🙂 . Yes that was a typo and we fixed it. Thanks for the head’s up. Stay warm 🙂

Interesting. What layers were missing. Seeds are considered a layer. Please educate me! THANKS!

Need your bathroom fixtures to look spiffy in a jiffy? Try used dryer sheets! They'll clean and polish your chrome fixtures -- like faucets or shower heads (even the chrome on your car) -- just as well as "eraser" sponges. Simply wipe one over your chrome surfaces to get them looking shiny and new in no time!
More hints & tips 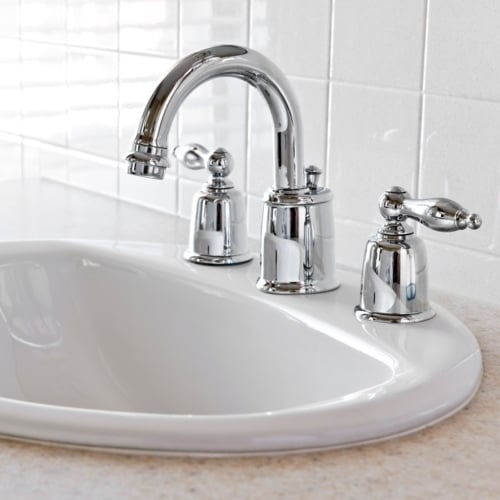