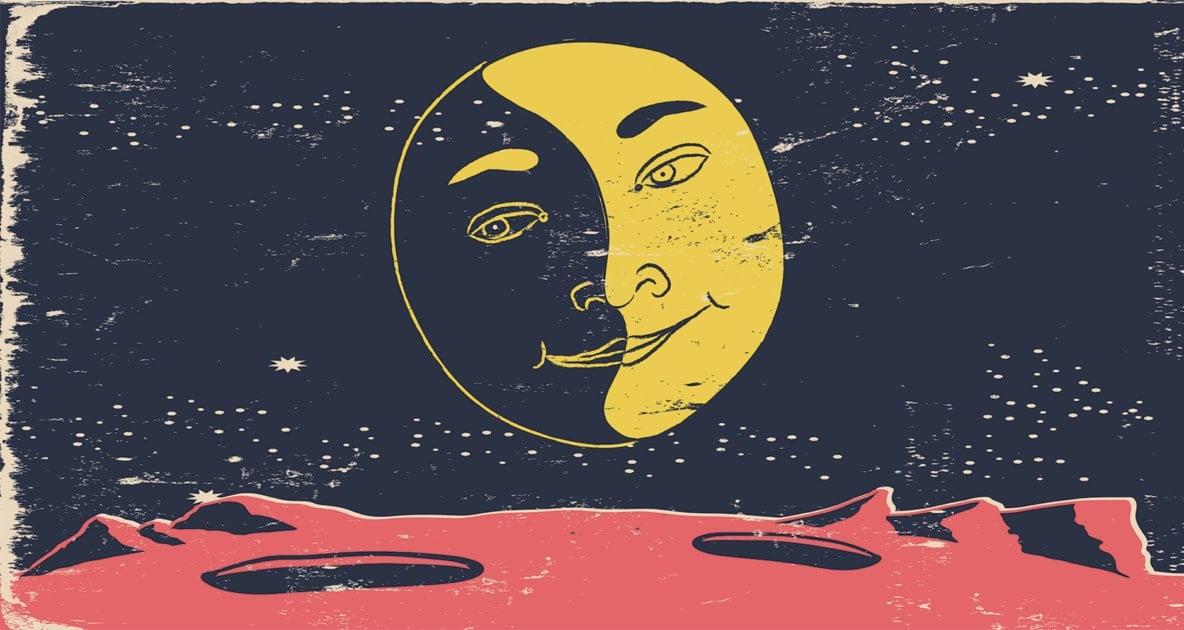 We’ve all heard and possibly seen a picture that alludes to a figure resembling a human face, head, or body on the Moon. The figure is actually composed of the dark areas (the lunar maria, or “seas”) and the lighter highlands on the surface of the Moon, and is often referred to as the “Man in the Moon.”

The versions of the “Man in the Moon” are almost as diverse as the origin of this lunar figure. Some see the man’s face on the Moon— complete with his eyes, nose, and an open mouth. Another tale tells of seeing a figure of a man carrying something on his back. Some also see a dog accompanying this man on the Moon. Seeing faces or images in objects or clouds (or the Moon) actually has a scientific name: pareidolia, a word from the Greek meaning, “resembling an image.” It comes from our need to organize random information into patterns.

How The Man In The Moon Get There? The Legends and Lore…

Was he sent there by rocket ship? Is he an alien? One old but popular European tradition states that this man was sent to the Moon for a crime–which is almost as mysterious as this guy on the Moon.

Christian lore explains that this man was caught gathering sticks on the Sabbath, a day of rest, and was sentenced by God to death. German culture accused the man of stealing from a neighbor, while Roman legend said he stole a sheep.

Another myth, both Christian and Jewish in nature, claims the man in the Moon to be Cain the Wanderer, forever doomed to circle the earth.

In Norse mythology, the Man in the Moon, named Máni, pulls the Moon across the sky.

Whatever “he” is or wherever “he” came from, next time there is a full Moon in the sky, see if you can see the face of the Man in the Moon.

If your kids love to paint or play with clay, or if they just love messy crafts, buy inexpensive plastic tablecloths and use them to protect the work surfaces. They will help keep your table, counter, and/or floor clean, and they can be used over and over again.
More hints & tips