As the temperature begins to warm and the ground begins to thaw, earthworm casts appear, heralding the return of the robins, thus the origin of March’s full Moon, named the Full Worm Moon.

The more northern Native American tribes knew this Moon as the full Crow Moon, when the cawing of crows signaled the end of winter.

It was also referred to as the Full Crust Moon, because the snow cover becomes crusted from falling by day and freezing at night.

The Full Sap Moon marking the time of sapping maple trees is another variation.

To the settlers, it was also known as the Lenten Moon, and was considered to be the last full Moon of winter.

Hi Cora McPhee, there is no relationship with this full Moon to deworming. It’s just the name of the Moon given by Native Americans due to springtime. We don’t offer a “best day” task for this.

Go to the Best Days section of the Farmers Almanac and you can find the Best Days to plant seeds. You can also find the section you live in and the best days for planting in your area as well.

If you want to know about the moon stay up late and go outside.

I love the little obscure facts that you publish in this Farmers Almanac newsletter, such as the names of moons and other such interesting bits of knowledge.

I want to start planting flower seeds and plants. When would be the best time to start.

Please consider turning Down the Music Volume. It Over Powers the Narration, which is the Reason for the Video.

The full worm moon is the indication to start planting seeds indoors 6-8 weeks before last frost should be right now, but the sap isn’t running yet because of the cold winter, does this mean that sowing seeds around now (March 17) should be postponed a couple of weeks to coincide with the sap? Is the sap a good indication?

That really depends on where you live, Laura Knox. Talk to someone at your local greenhouse or agricultural extension office.

Information on planting during a full worm moon.

Save Time When Making Zucchini Bread

Don't Peel It! When making zucchini bread there's no need to peel the zucchini. It will melt right in with the rest of the ingredients.
More hints & tips 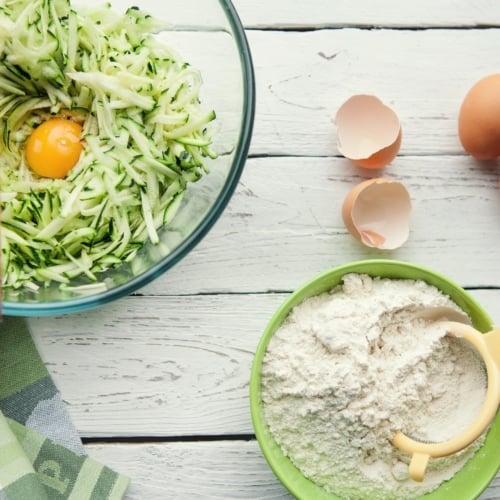