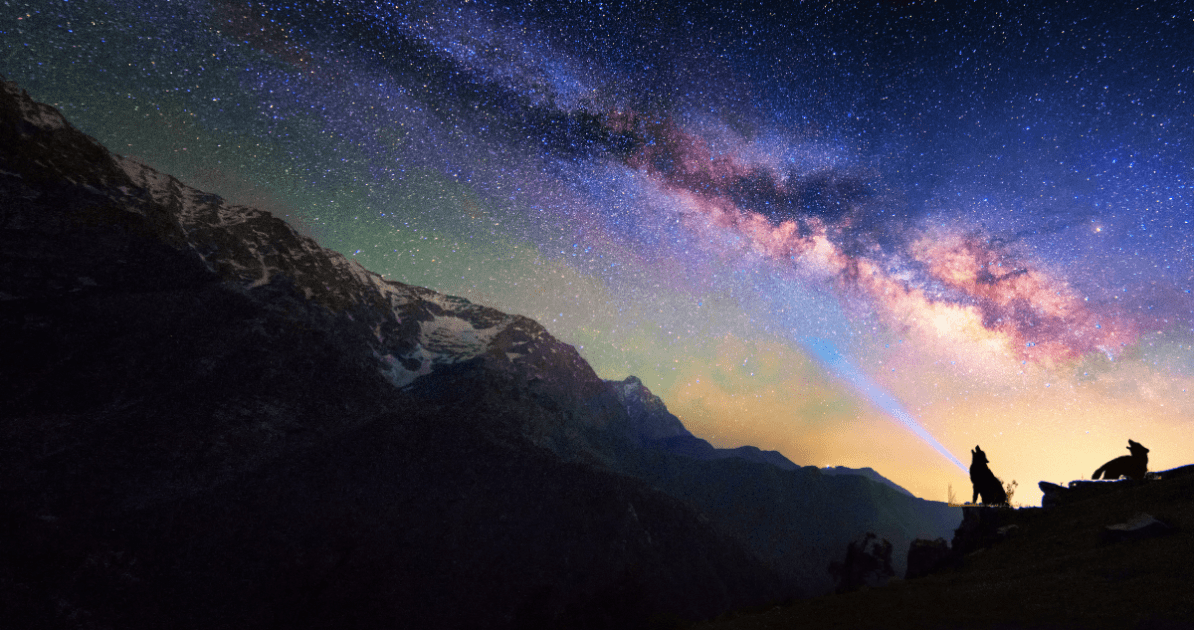 Many of us know the night sky by the Greek and Roman legends describing the asterisms and constellations in our night sky (like Orion, for example), but the indigenous people of North America also shared their own stories and legends about the stars to teach lessons and explain the world around them.

Legends of the Stars

Native American star legends is they are primarily oral traditions, changing according to the audience and the teller. Details are added or left out, depending on the listeners, and often one tale leads to another, blending together like the stars themselves. Time is also irrelevant.

While the stories might differ from region to region, the sky connects us all. Learning about the many stories behind them gives a better appreciation for our beautiful night sky.

According to an Ojibwe legend, when the great hunter, Fisher, traveled to Skyland to bring summer to his people, he was fatally shot by the Sky People during his escape. When the arrow struck him, he turned over on his back and began to fall. But the spirits turned him into stars that change with the seasons. In the winter, it appears he is falling backward, but during the summer he is once again on his feet. (This is because the Big Dipper’s orientation changes with the seasons. Take a look here!).

Learn more about the stars that make up the Big Dipper here.

The Pleiades – “The Boys”

The Cherokee know this star clusters as “The Boys” through this legend: There were seven boys who constantly played the gatayu’sti game, neglecting everything else. Their mothers scolded them, but it didn’t stop them. One day they played and prayed to the spirits to help them since they felt their parents didn’t treat them well. Soon they found themselves off the ground drifting to the sky. Even when their mothers called for them, they floated into the sky until they became the seven stars of the Pleiades.

The Paiute have this legend: Na-gah was a mountain sheep who loved to climb which made his father very proud. One day he found a peak he thought he could not climb. After much effort, he found a hole in the mountain that led him to the top, but rocks rolled into the hole and trapped him on the high peak. His father was very sad that his son could never return so he made him into a star that didn’t move so everyone could see it.

According to Blackfeet tradition, wolves were the first earth beings to take pity on the people of the plains. When the wolves found the starving people, they made themselves look like men and brought them back to their camp where they taught them how to work with the other animals to survive. The wolves disappeared in the spring, but the people saw them every winter in the Wolf Trail, what is called the Milky Way.

There are many legends and lore surrounding the Milky Way. Check them out here.

Which Side Is My Gas Cap On?

Here’s an easy way to always know which side of your vehicle the gas cap is on...Newer vehicles are now equipped with a handy arrow indicator on the gas gauge that points to the side the fuel door is located. On older vehicles, there usually is no arrow. But look at the gas pump icon — the icon’s hose lets you know which side the cap is on. Now you can drive up to the pump without any mistakes!
More hints & tips 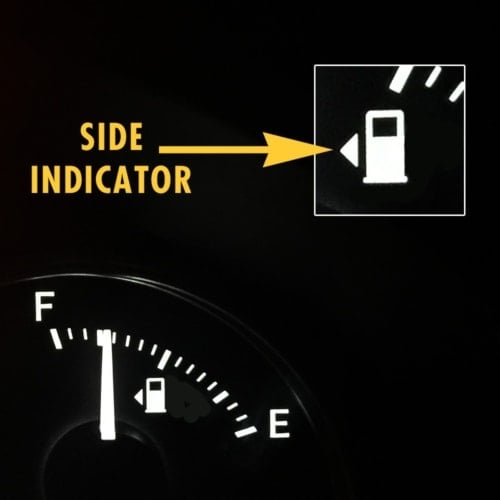