Here is a listing of celestial events you might want to look for during these spring nights in May. All times are listed as Eastern Daylight Time for the Northern Hemisphere.

May 1 – Mercury’s most favorable apparition of this year for mid-northern observers occurs this month. Except for the final week of the month, this reddish planet is an easy naked-eye object low in the west-northwest at dusk; an extraordinarily good opportunity. Find a spot with a clear, flat view to the west-northwest and start looking a half-hour after sunset. The planet will get easier to see as twilight deepens. Mercury begins the month quite brilliant but as the illuminated portion of its disk decreases, it slowly fades and will be only 1/11 as bright on May 24th. If you’re at latitude 40° north you’ll find Mercury at least 10° high in the west-northwest sky 45 minutes after sunset from May 10th through the 22nd. Against the background stars, Mercury will be 16° to the lower right of the bright orange star Aldebaran on May 1st; 2° south of the Pleiades Star Cluster (visible in binoculars) on the 3rd; and 8° north (upper right) of Aldebaran on May 9th and 10th.

May 3 –Last Quarter Moon at 3:50 p.m. In this phase, the Moon appears as a half Moon due to the direct sunlight, the illuminated part is decreasing toward the new Moon phase.

May the Fourth –Check out the southeast sky at around 4:00 a.m. local daylight time and you’ll see a broad isosceles triangle formed by the Moon, Jupiter, and Saturn. The Moon-Jupiter/Moon-Saturn sides measure 9°, while Jupiter and Saturn are separated by 15°. Jupiter is in western Aquarius, rising around 3 a.m. on May 1st and shortly after 1 a.m. local daylight time on May 31st. Saturn in Capricornus rises by 2:30 a.m. local daylight time on May 1st and 12:30 a.m. on the 31st. But it’s not well placed for observing until shortly before the first light of dawn; in a telescope magnifying at least 30-power, you’ll see a splendid ball and rings tilted 16.8° to our line of sight.

May 5 -Early this morning, one of the year’s principal meteor showers— the Eta Aquarid meteor shower— is at its peak, and while it may not dazzle you with impressive numbers, it has one significant claim to fame: its particles come from the most famous of all comets Halley. This shower’s radiant is just a few degrees from the intersection of Aquarius, Pegasus, and Pisces. Light from a waning crescent Moon in that part of the sky poses only a minor hindrance to spotting the faintest meteors.

Shower activity will become noticeable once the radiant clears the eastern horizon at about 2:30 a.m. local time. That’s when a bright Eta Aquarid may skim overhead, creating a long, dramatic “Earthgrazer.” Don’t expect a big, showy display: average rates tend to be about 20 per hour in the Northern Hemisphere and 50 per hour in the Southern Hemisphere. Think of the Eta Aquarids as interplanetary postcards from the reigning king of comets, currently coasting out beyond the orbit of Neptune.

May 11—New Moon at 3:00 p.m. In this phase, the Moon is not illuminated by direct sunlight and is completely invisible to the naked eye.

May 12—Venus is a rather difficult sight as May begins, setting only 45 minutes after the Sun for viewers at mid-northern latitudes. However, the planet’s visibility improves considerably during the month. By May 31st, Venus’s altitude at sunset has increased from 8° to 14° and the bright world doesn’t set until about 1 hour 25 minutes after sundown. Soon after sunset this evening, an exceptionally thin (1 percent illuminated) lunar crescent might be glimpsed about 1° to the lower left of Venus.

May 13 – This evening, it’s Mercury’s turn to be visited by the Moon. It’s still an extremely slender (4 percent illuminated) crescent when it appears about 3° to the left of Mercury. They’re low in the west-northwest at dusk, setting before the sky is fully dark.

May 15—This evening, Mars can be found at nightfall, sitting about 1¾-degrees to the upper left of the waxing crescent Moon. Mars is in Gemini, fairly high in the west at dusk, 11° below Pollux and Castor. It passes 5° south (lower left) of Pollux on May 31st. In a telescope, the Red Planet is a featureless little dot. It now glows only 1/53 as bright as it did last October!

May 17—Today Mercury reaches “greatest elongation,” 22° east of the Sun, and is visible in a completely dark sky. This rocky little world is now only half as bright as was at the start of the month, and its tiny disk is only 35 percent lit. The planet fades much more rapidly in the following days, becoming too faint to observe by May 25th. It will arrive at inferior conjunction with the Sun on June 10th.

May 19 – First Quarter Moon at 3:12 p.m. In this phase, the Moon looks like a half-Moon in the sky. One-half of the Moon is illuminated by direct sunlight while the illuminated part is increasing, on its way to becoming a full Moon.

May 26 – May’s Flower Moon turns 100% full at 7:14 a.m. In this phase, the visible Moon is fully illuminated by direct sunlight. Though the Moon is only technically in this phase for a few seconds, it is considered “full” for the entire day of the event and appears full for three days. See how May’s Moon got its many names in our short video, below.

Supermoon Alert! Because perigee (the closest the Moon comes in its orbit to Earth for the month) occurs the night before at 9:55 p.m., at a distance of 222,023 miles, we are calling this full Moon a “Supermoon,” the second and last for 2021 (April’s was the first). This will lead to an unusually large range of tides during the next few days.

There will also be a total lunar eclipse this morning, that will be best seen from the western half of the United States just before sunrise.

Lunar eclipses are known for turning the Moon a reddish color, which some refer to as a “Blood Moon.” The reddish color will be visible everywhere where the total phase will be visible (where the Moon is above the horizon during the total phase of the eclipse). That means the Western US will get a good sight of it. In the Eastern half of the country, unfortunately, the Moon will set prior to totality, so we miss out.

Confused about Supermoons? Here’s everything you need to know.

May 31 –Set your alarms! Early risers will enjoy seeing the waning gibbous Moon just 5½° to the lower left of Saturn during the predawn hours.

Our schedule is adapted from “Skylog,” a regular feature appearing in Natural History magazine, written by Mr. Rao since 1995. 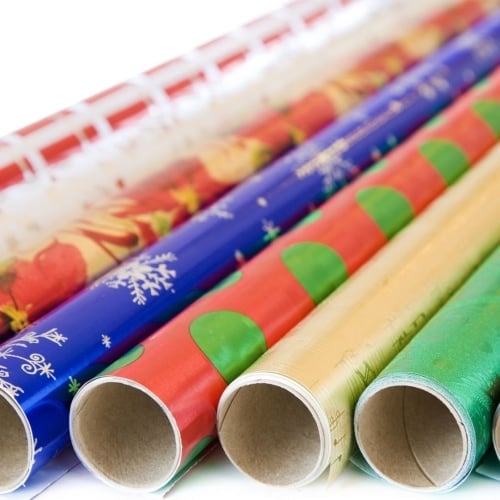