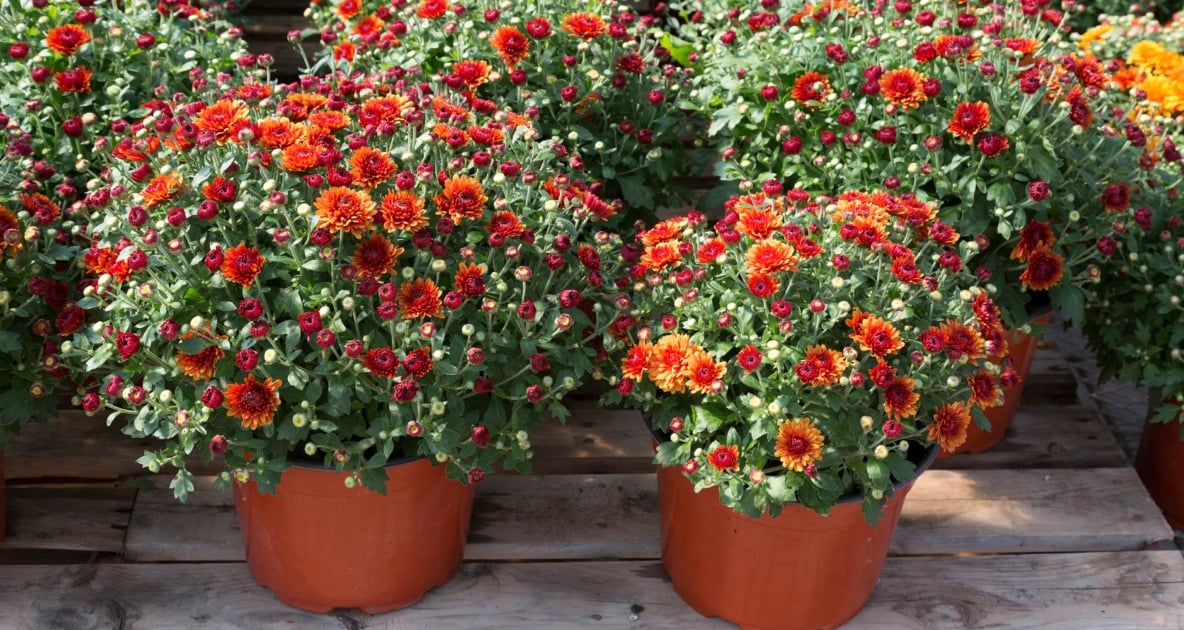 Flowers, perhaps more than any other part of the natural world, are fascinating because of the many layers of meaning people have shrouded them in throughout history. There is a whole sub-category of etiquette surrounding which flowers are appropriate to give at what times, and to whom. The unending rules surrounding something so simple as a flower can be dizzying.

Another aspect of flowers concerns the designated flowers for each month of the year. The official flower for November is the chrysanthemum.

Chrysanthemums are a perennial flowering herb first cultivated in China More than 3500 years ago. It takes its name from Greek words chrysous, meaning “golden” and anthemon, meaning “flower.” They are the flower most associated with autumn.

Over time, people cultivated chrysanthemums to the point that the varieties most people have in their gardens are very different from the wild version. Domesticated chrysanthemums are much fancier than wild ones, and can come in a wide array of colors and shapes. From daisy-like cultivars to buttons to pompoms and more, gardeners now recognize 13 distinct blooms shapes. And while wild chrysanthemums are always yellow, cultivated flowers can be white, red, purple, pink, green, orange …

In China, people have long made a sweet drink from the flowers, called simply chrysanthemum tea, and the leaves are eaten steamed or boiled. The plant is also a potent insecticide and has traditionally been used medicinally for its antibacterial and antifungal properties.

In the United States, chrysanthemums are associated with love, luck, and happiness. In most of Asia, and in certain European countries, though, they are associated with death and mourning and are reserved for use in funeral arrangements. In Japan, where the flower has become the official emblem for the emperor, chrysanthemums are celebrated with an annual “Festival of Happiness.”

Learn how to care for your potted chrysanthemums here.

No need to buy expensive carpet deodorizers containing artificial fragrances and ingredients. Simply mix 1 cup of baking soda with 1 cup of cornstarch, then add 15 drops of essential oil of your choice. Sprinkle on the carpet, leave for 10-20 minutes, then vacuum. Store leftover mixture in a glass jar or airtight container.
More hints & tips