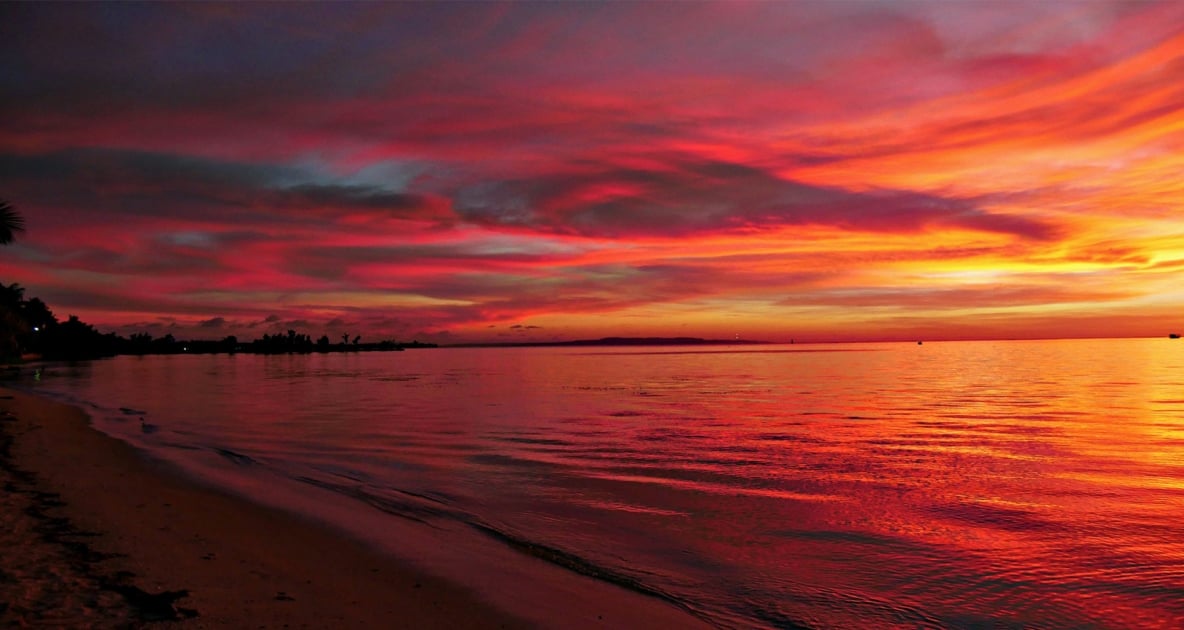 Have you ever looked at the sky during sunrise or sunset and it seemed like it was nearly on fire? Ablaze with hues of orange and red, it looks frighteningly beautiful and surreal. The weather lore saying, “Red sky at night, sailor’s delight. Red sky in morning, sailor’s warning” is inspired by this very image of the sky. Sailors used such sayings to predict the weather as they navigated their ships through the seas, and farmers relied on such sayings to predict rainfall and the best time to plant their crops. But what is the reality behind such weather folklore?

The color changes that we see in the sky have to do with the wavelengths in the color spectrum. As the rays of sunlight bounce off the water vapor in the atmosphere they pass through, they split into the colors of the spectrum. Red skies suggest that the clouds are filled with a lot of dust and moisture. If there is a red sky at sunset, it is due to high levels of pressure and stable air conditions that are coming in from the west. Because the west is generally the direction that storms move in from, stable air in that direction usually indicates good weather. If the sky is red at sunrise it is generally an indication that dust particles from a storm have passed from the west, moving east and a deep red indicates a high water concentration in the clouds that could mean heavy rain.

Using the simple image of the sky to predict the weather may seem slightly oversimplified today when we have the use of such modern technology as Doppler radar and satellites, but these sayings are based on logic and truth that helped pre-modern people to understand the complexities of Mother Nature.

In Germany, the dust that fell to the ground was called “Sahara dust” and was examined in the laboratory. A finding dated 03/22/2022 established an aluminum content there of an unbelievable 46,000 mg/kg. This also explains the red color at sunset.

Years ago my wife and I were gathering a few rock scallops and sea bass in about 40 feet of water. She cut herself on a rock and bled green. The specific frequency of light wave that allows us to see the red color is the first one to be filtered out in ocean water. We usually carry a dive light even during the day in order to bring colors back, otherwise things appear much like a black and white picture I suspect the green skies are a result of a huge amount of moisture in the atmosphere Filtering out the light waves that allow you to see the color red.

I’ve also heard the saying, “Red sky in the evening, sailor’s deceiving.” I suppose that suggests that not all red skies at night portend good weather. Mother Nature has been known to play jokes on us!

I was able to catch a glimpse of this for the 1st time with my ISS App (International Space Station) with a sunrise.

Iam out side farm yes I think there is lots of truth to the folk lore,s

I have observed a green tone to the whole outside,just before a tornado is to hit

How interesting, I grew up hearing my mother say that all the time, always thought she didn’t know what she was talking about. I truly believe you can predict the weather just by observing your surroundings. Thanks for sharing!

In the Edmonton,Alberta area, we always had a hailstorm when the sky was a weird green colour !

For quite some time, I’ve been using an ancient forecasting technique called LOTW (Look Out The Window). One can also use the conensation trails from jet aircraft to determine a moist upper atmosphere or a dry one.

you can predict the weather by watching the skies

These old weather sayings are quite accurate as far as I’m concerned. The weather forecasters today don’t seem to get it right even when it’s right on top of them.

sooo…to rephrase….pink sky at night means wind for the sailors next day?, which is a good thing.
…pink sky in morning means calm (squalls) or stormy weather?
thanks

Back in 1994 when I was at a military school for my MOS; I would look out at the morning sky to see if I needed to take a rain coat; well let me tell you it works. I would have my rain coat everyone would ask why I had it? I would say it is going to rain. They would laugh and say no it’s not. But they quickly learned that if I had a rain coat or not; they may want to fallow my lead.

What I didn’t know until recently, was, that is acutally in the Bible!!! How cool!!! Matthew 16:2-3, reads, “You know the saying, “Red sky at night means fair weather tomorrow, red sky in the morning means foul weather all day, “you are good at reading the weather signs in the sky, but you can’t read the obvious signs of the times!………. there is more, if you want to look it up, but how cool, that saying dates back to the Bible!!!

What He stated is still very true today, beyond the Pharisees and the Sadducees.

The only times we have had “yellowish green” skies here in Mo is when we about about to get slammed with a bad storm, especially hail.

Like AnnaMom, I am very curious about the green sky. I have only seen it really a dramatic green one time several years ago when a tropical storm system stalled out over the panhandle of Florida. It was not bringing rain at that point, but the spirals of clouds over the Gulf were incredible and the sky was green.

Because it’s happened more often than not, I do believe that a very red sunrise is a sign of weather that will be worse than it was yesterday. Here’s a sky color phenomenon I’ve always been curious about: During severe thunderstorms, especially ones with really bad winds, hail, or tornadoes, the sky often seems to turn green. I wonder what is up with the green sky at those times.

Use rubbing alcohol on a paper towel to remove permanent marker from appliances and countertops. It also works great to remove old marks on dry erase boards (whiteboards) at the office.
More hints & tips 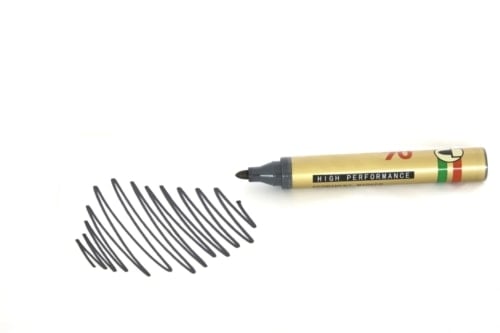