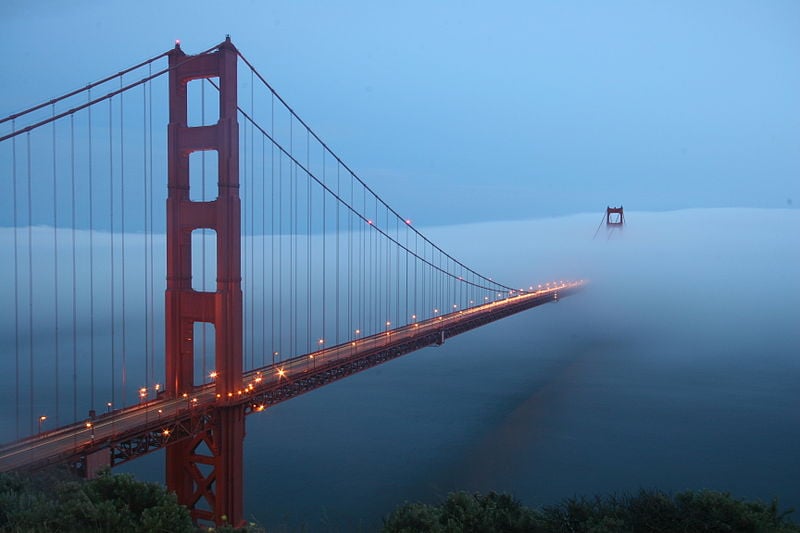 “The fog comes on little cat feet. It sits looking over harbor and city on silent haunches and then moves on.” – Carl Sandburg, 1916

The famous Carl Sandburg poem, Fog, reminds us that its mere presence has conjured up images of mystery for eons. But who knew that there were so many different types of fog, each forming under different conditions?  Read on, and the next time you encounter fog, you’ll know how it formed and how to identify it!

Radiation Fog
Radiation fog needs clear skies and calm winds to form. This type only forms at night as the surface of the earth cools. Moisture gathers in the air until the humidity reaches 100%, at which point, the fog forms. Radiation fog can be anywhere from three to 1,000 feet thick, and it always stays in one place rather than drifting around. Because this fog is usually dense, it sometimes reduces visibility to zero. Radiation fog is sometimes called ground fog, but true ground fogs never obscure the sky.

Valley fog is a special type of radiation fog that forms only when the air along ridges and high slopes cools and flows into the valleys below. As it mixes with the air in the valley, the moist valley air condenses and turns into fog. Both radiation fog and valley fog “burn away” as the sun rises and evaporates the moisture.

Evaporation Fog
Evaporation fog is relatively common, and it forms in one of two ways. The first type of evaporation fog happens when cool air moves over warm water. As the warm air over the water mixes with the cooler air, the moisture condenses, forming fog with a steamy, smoky look.

The other type of evaporation fog forms when raindrops evaporate as they fall through a cool layer of air near the ground. Once the air is saturated with moisture, a heavy fog will form.

Upslope Fog
For upslope fog to form, slight winds must move damp air up a slope or mountainside until it chills enough to condense. This fog normally forms below mountaintops and hilltops, and it tends to cover vast areas. In the United States, upslope fog occurs in mountain ranges and hilly regions. Where temperatures are cold enough, this fog sometimes turns into freezing fog.

Freezing Fog
Freezing fogs are rare because they require the right set of circumstances to form. This fog is made of “supercooled” water droplets (water that remains liquid despite below freezing temperatures) that freeze to surfaces on contact. Freezing fog is similar to freezing rain, only in fog form. It most commonly occurs on mountaintops and in damp Arctic regions like Antarctica.

The other type of freezing fog is ice fog, which is made from ice crystals suspended in midair. For an ice fog to form, temperatures need to be at or below 14°F. The higher the humidity in the area, the more dense the ice fog will be.

Hail Fog
Hail fog is rare, and it only forms directly after heavy hailstorms. The hailstones melt, cooling the warm, wet air near the ground until it reaches the dew point. This type of fog can only form when there are very slight winds, and it is not usually a dense fog. Instead, you’ll see a patchy fog that looks similar to steam.

Whether it’s freezing, warm, patchy or dense, there’s no doubt about it – fog is fascinating. Now that you know how the different types form, you can spend less time wondering and more time enjoying the mysterious mists!

How about; Marine layer, May gray, June gloom

Didn't get around to carving this year? No worries! Simply use permanent markers or paints to draw right on your pumpkins and gourds—your house number, a Jack-O-Lantern face, ghost face—get creative! Note: after Halloween is over, only give wildlife portions of the pumpkin that are marker-free.
More hints & tips 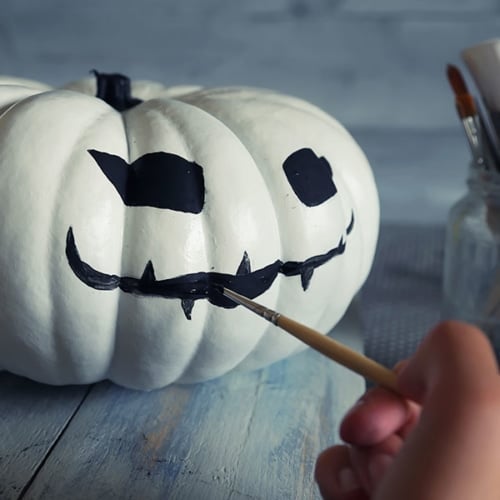