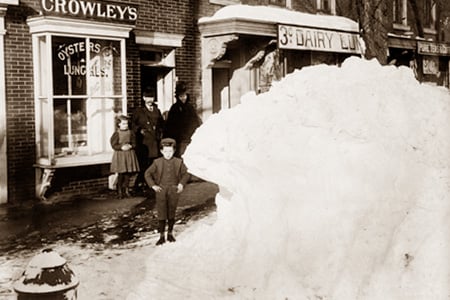 While January is, on average, the coldest month of the year (at least in the Northern Hemisphere), it’s not necessarily the month with the most violent weather. Much of the time, Old Man Winter saves up his fury for the latter half of the season. Many of North America’s worst blizzards have swept in during February, March, or even later in the year.

That’s exactly what happened near the turn of the 20th Century when the Great Blizzard of 1899 gripped the eastern half of the continent from Saskatchewan all the way down to Cuba. The storm, which started in Canada on February 11th and continued through the 14th, was notable in part because it disproportionately affected southern locales that were used to seeing much milder winter conditions. A photograph from the era even shows government officials in Tallahassee, Florida, having a snowball fight on the stairs of the state capital building. The southern U.S. had never experienced such severe winter weather and has only seen it once since, in 1985, when a deep freeze destroyed many of Florida’s citrus groves.

Aside from the immense breadth of the storm, it was also memorable because brought record low temperatures to much of the country, many of which still stand to this day. Cape May, New Jersey, dropped to 0°F, the coldest temperature ever recorded in Cape May County, and received an unprecedented 34 inches of snow, a record for the state. Tallahassee dropped to -2° F, which is the only sub-zero temperature in Florida’s recorded history. Atlanta, Georgia, reached a numbing -9° F, a low it has not exceeded since. Washington, D.C., hit -15° F, an all-time low for the city, and received 51 straight hours of snow. Other areas had even lower temperatures: -33 °F in Sandy Hook, Kentucky; -35° F in Dayton, West Virginia; -39° F in Milligan, Ohio; -47° F in Camp Clark, Nebraska; and a bone-chilling -61° F Fort Logan, Montana!

Even the normally sweltering city of New Orleans recorded a sub-freezing temperature of 22° F during its Mardi Gras festivities that year. The city was completely iced over, and revelers had to wait for the snow to be shoveled from parade routes.

I came here from Red Dead Redemption 2. In the game, in 1899, they mention how it’s May and the weather is still severe. Just wanted to see if that was based on any fact. Seems so.

Hello Carolyn,
My grandpa told me the story of when the tenn. River froze over. He drove his yoke of steers over the frozen tenn. River , which was in 1918. Enjoyed reading your story.
Whether it was that way in 1899, I don’t know. I just remember my grandpa telling me his story

New Orleans actually reached a temperature of 8 degrees from this event; our coldest temperature ever.

I live in Vicksburg, Mississippi. Am researching the Great Blizzard of 1899 in the local newspapers. Never heard of it. It was amazing. I note above someone from southwest Missisippi wanting information. Please contact me.

Dallas, Texas recorded -8F in the 1899 blizzard…Dallas’s second-coldest day was just -2 in 1949. That shows how unusual it was.

I remember a friend had parents living in Miami in
about 1976 and their swimming pool froze solid. We live close to Lake Lanier and all the coves were frozen and there was ice about 5 to 6 feett out from all the shorelines. We had several inches of beautiful soft and fluffy snow on April 1, 1983 in Hall Co above Atlanta. Then we had the blizzard of 1993. Back in the late 1950s we had snow every Tuesday night for 3 weeks in a row and school would be closed until Monday. We would go to school Monday and Tuesday and get up on Wesnesday morning with a foot or more of snow.

My family grew up in an area of southwestern TN near the Tennessee River. My Dad who is 80 yrs young, told us stories from the “old folks” of a time when the river froze so solid that they could drive a mule team with a loaded wagon across it. I wonder if this was that time.

I grew up in a very rural area outside of Gainesville, FL and I still live there. I was 7 in ’85 and man do I remember how utterly cold it was. We didn’t have central heating or AC so we all slept in front of the fireplace to stay warm. I made a tiny snowman that my mom kept in the freezer for the longest time for me. I’ve only seen snow twice in Florida.

It has been a mild winter here in Sagle Idaho. The higher elevations have recieved the right amt of snow for snoshoing, skiing,and winter sports, but not enough to suit the people who love the winter sports. But for those of us who are not southern birds, its been cold, and the frost is deep this winter, it will take the ground a long while to thaw.
I am afraid our growing season will be shorter than usual. Wish I had a green house.

I remember the extremly cold winter of 1985 in Florida. My husband, I and our two little boys lived in Central FL near Orlando. It was so cold that we had to buy winter coats for the first time. All the orchards froze, they turned on the sprinklers to coat the orange trees!
It was beautiful and bizarre at the same time.

I would love to hear about southwest Mississippi during the 1899 blizzard. Please share if you find anything. Thanks.

I like to hear the old story’s about 1899 big snow storm do you have any story’s to tell.

Save on wrapping paper 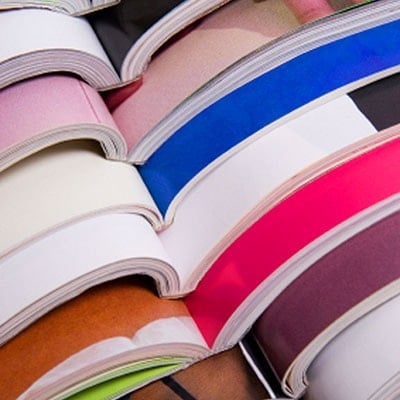