Though winter doesn’t officially begin until December 22nd, snow on Thanksgiving is not an unusual occurrence. In some regions, particularly in the mountains, snowfall routinely begins in mid-to-late October and carries right on through the official start of spring. Anyone who lives in the Rocky Mountains knows that early snow is just a part of life in this gorgeous region. Still, thirty-five years ago, residents of Denver, Colorado, were caught off guard by a Thanksgiving blizzard of epic proportions.

On November 26th and 27th of 1983, the now infamous Thanksgiving Blizzard moved in and buried the Mile-High City under 21 inches of snow over a 37-hour period. Some outlying areas, including the Chatfield Reservoir outside Littleton, reported as much as 28 inches over the same period.

The snow was accompanied by a bone-chilling cold front that blew through the Front Range, bringing wind speeds of up to 36 mph and temperatures in the teens and low 20s.

The combination of snow, cold, and wind brought the city to its knees, and suspended holiday travel for even the most intrepid. Stapleton Airport closed down for 24 hours as workers struggled to clear 18 inches of snow from the runways. All of the highways in and around Denver were closed. Businesses that were closed for the Thanksgiving holiday remained closed on Black Friday (imagine that in this era of Thanksgiving Day shopping!) and high school football games throughout the region were canceled.

Even after the snow ended, it stayed on the ground for 63 days, the longest stretch of continuous snow cover in Denver’s history. Snow removal alone cost the city $1.5 million, to say nothing of the economic impact due to lost business.

The storm rates as one of the most dramatic Thanksgiving Day storms in the nation’s history.

So, rain, shine, or even snow, while you’re sitting around your Thanksgiving table this year, you may want to take some time to give thanks that you’re not currently living through the Thanksgiving Blizzard of 1983.

Can’t remember a blizzard in Oklahoma in 1983

We lived in Denver for 30 years 1981 to 2011 and lived through all the blizzards. The March snow storm of 31 inches was fun too. The Thanksgiving blizzard was challenging as well as the 82 Christmas blizzard. We now live in Cool Springs NC and snow is almost no existent.

I lived in Denver from 1979 to 1985. I remember the 82 Christmas blizzard very well – 4 feet of snow on the level and 10 foot drifts. It was something I will never forget. These days I live in the Pacific northwest and there is usually not much snow.

Arrived the day after Thanksgiving to start my training at Lowry AFB. We were told to expect a couple of inches of snow. Having lived on the beach all my life I was looking forward to it. Having to continuously shovel walkways that weekend put a damper on my enthusiasm.

Was in Denver when it happened as well as the stunning “Christmas Blizzard” the year prior (which was worse by literally every measure). Thank God I had a 1975 Chevy 4X4 long bed with a 4″ lift kit, very aggressive tires and chains for all four wheels. My wife of now 40 years and I had our first “Baby On Board” for the ’83 event. We were literally busting through snowdrifts as high as the hood trying to get home, and by the grace of God did so successfully. By the way, that was “Chevy” then, mind you. Not now.

I remember the Denver storm well! Many local families spent the holiday apart; just no way to get across town. If you DID manage to dig out the car, you expected your street “slot” to be unoccupied upon returning. An infraction could lead to ill-will among neighbors, despite the charitable spirit of the season.

Our family is lucky to be alive after terrible 2car 1RV and 1 semi truck pile up during the first hours of this storm.

I spent most of my life between So. Cal and Las Vegas, more so in Vegas (20 years). Seven years ago, I moved to New York. My first winter had me out of commission for months following a NASTY sprained ankle. Yeah, I slipped in slush getting outa the stupid car. A couple years later, I moved to Northeast Wisconsin…WHAAAAAAAT?! These winters are a hundred times worse than New York Winters. Oh yeah, I used to hem and haw about ‘wanting to see snow’. Try movin’ to a place that gets it. As a desert rat, I can assure you that it won’t take you long before you start complainin’ about it. Snow comes with plows, plows come with salt, salt rusts your car. Snow creates ice on the sidewalks, driveways, and roads (you like drivin’ on Slip and Slides?). Snow causes Snow Days, meaning school’s out, and heavy snow closes businesses, meaning lost days of work. You have to dress in layers just to keep warm, and if you’re any kind of Fashionista, you know that the Rolly Polly look isn’t all that Haute. I never knew these things before livin’ with it. Be careful what you wish for…Now, I hate snow! I want my DESERT back!

I lived though this. I had to drive through this, but the highways – even the flat ones! were shut down. In Wyoming, the wind polished I 25 to an icy black sheen. The authorities put barricades on I 70 east of Denver. That section heads into Kansas and is totally flat. Nothing moved. Later, I lived in Alaska, and nothing there was a dramatic as this storm.

I live in Nebraska, and I love snow. We don’t get enough snow, I love watching it snow, driving in the snow, using the snow blower, and walking in it. Don’t forget the snowmobile. Let it snow.

Bring it on I work retail…..

In Vancouver, Canada we generally get the “wet” snow, but when we do the city is a mess. Most don’t know how to drive in snow here.

I will GLADLY take a similar storm here in Wheatland, Wyoming!!! We could use the moisture.

Sharon Steel: It was a very special Day Our daughter got married in the middle of the storm! Oh My Karel. We had so much snow. The snow was up to Janies knees in her wedding dress. the girl with the flowers was stranded in Kersey, someone had to go get the preacher. I was so glad to have that big 4×4 pink dodge to get around in the snow ! We got them to the airport for the honey moon, and the plane couldn’t leave ,so we layed around on the floor at the airport al night ! We had family that was here for the wedding staying at the house for days because they couldn’t get home Janie & Brians wedding was the wedding of the great snow storm ! It is so wonderful to have wonderful memories ! Thank you for sharing ! I hope you have A Happy Thanksgivng ! Luv U

Ahhh yes if you truely wish you had snow then move to the northern areas. Or offer to trade places with someone for 6 months. I would love to be in the south during the winter. No snow or ice or wind.

The best snow there is, is the kind that comes Friday night, dumps a foot or more of snow and is gone by Monday morning. 🙂

Here in Arkansas we have NEVER had a Thanksgiving snow so it would be a delightful change! Sorry for you people who have had too much snow that has taken away the joy of it!

Aw, come on now, Craig. Don’t be such a spoil-sport. Debra (and many of us Southerners) would like to see at least a LITTLE snow this winter. While it’s understandable that you may get sick of it, that’s not the case for us. As the saying goes, “familiarity breeds contempt”, but since we seldom get snow anymore (except in the mountain regions), we kind of miss it. Too bad we can’t all spread our weather out amongst other regionis of the country, eh? I would have gladly sent some of our rainy weather in NC this summer to the regions suffering drought conditions. Anyway, try to think of all the folks wishing to see snow when you’re shoveling it this year. And here’s to hoping your area has a milder winter (for once!). 🙂

I have to agree with Craig. I grew up in SC and as a kid always wished for snow. I’ve lived in Boulder, CO and Roanoke, VA for several years now and hate to see more than an inch of snow at the time. I know the work involved with shovelling and blowing snow that never seems to stop! Besides – Georgia will more than likely get ice rather than snow and that is even worse!

How is central Ohio for Thanksgiving?

Hey Debra,Tell you what,you want snow? I will trade you place’s,you can come up here to the Beautiful Upper Peninsula of Michigan! Watch as the snow blow’s across the water’s of Lake Superior and piles up to your knee’s! Get out your trusty shovel and get to cleaning all that pretty snow! You will have so much fun cleaning all that snow! And then wake up the next morning to the same thing,more snow! Day after day snow and more snow! Then April come’s and everywhere else in the country has nice weather,no snow and warm! And you Debra,will still have a month and a half of that Beautiful white snow! Be happy with Georgia and no Snow!

will Georgia see snow during the holiday season.want too see snow badly. 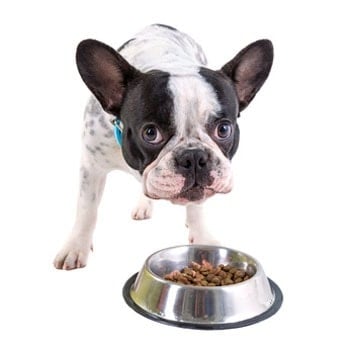